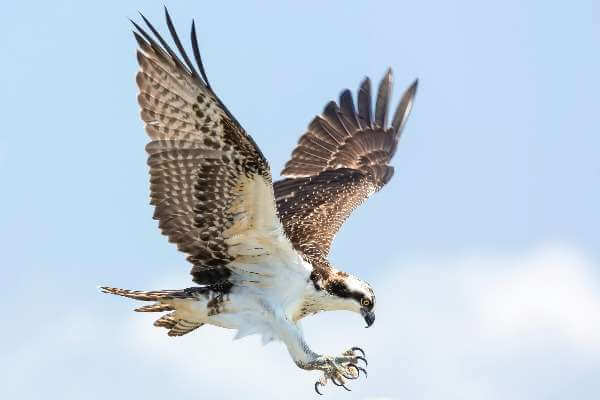 I still hold back tears thinking about his connection to my life, and I find it difficult to accept that he died just over a year ago. From my perspective today, the former smoker who became the tobacco industry’s most determined foe will be remembered for eternity by past clients and defendants alike.

Born during World War II, in wartime Worcester, Massachusetts, Michael Joseph Piuze held the record for most California multi-million dollar plaintiff verdicts. He passed away from cancer on May 2, 2020.

The world-famous personal injury lawyer fought a losing battle with melanoma, succumbing, but not before he would leave his mark upon the United States and the legal world at large. He was memorialized IN THE CARE OF Gates, Kingsley, & Gates Moeller Murphy Funeral Directors.

He was never big on marketing, so you likely haven’t heard of him unless you’re Lloyd’s of London or a top Los Angeles trial attorney like Gary A. Dordick or C.M. Alder. Piuze held big tobacco’s feet to the fire, ultimately receiving one of the most significant punitive damages awards in history.

He also provided representation against auto companies, where he tackled them in court for making bad cars and parts. (roof crush accident lawsuit cases, etc.). He never thought much about settling unless he could expose and the defendant would agree to correct problems that led to the litigation on behalf of a client.

Growing up, Michael Piuze was the son of Albert and Pauline (Sadick) Piuze. He graduated from Classical High School in Worcester with his parents and Lake Forest College in Illinois as a small boy.

According to his obituary:

“‘One night during his college years he found himself in a Florida jail after a traffic stop gone awry. When he asked the guard if he could make a phone call, which he said was his constitutional right, the guard replied, ‘Boy, Jefferson Davis didn’t write that in the Constitution.”‘

This event sparked Michael to study law, which he did by attending the University of Texas in Austin. According to his obituary, he paid his way through to his essential law school degree:

Michael carried on his “risk-taking nature,” using his photographic memory and desire to try cases instead of settling everything with no jury. He loved the jury selection process and going after greedy corporations.

He relished forcing companies to consider more than just profits over people. He wanted to receive more than money or fame for himself. Michael Piuze genuinely wanted to help consumers hoodwinked by lies and unfair business practices. He would raise and discuss issues of corruption where he found any scheduled forum to make a difference.

Here are some safety measures he helped bring into our daily lives many of us take for granted:

As a judicial extern, I attended Michael Piuze’s oral arguments at the Court of Appeal at the Ronald Reagan Building. I was externing under Associate Justice Gary Hastings. When Piuze entered the tribunal with nothing but his trademark yellow legal notepad, he sucked all the oxygen out of the room as it fell silent. His peering eyes looked right into my soul as he gazed at me on his way to the podium. It was clear the three appellate justices, too, all believed Piuze was the best of the best with his steel-trap mind.

During the arguments against the Philip Morris Company’s lawyers, I saw and heard Piuze recite case law and tiny details about the matter on appeal (punitive damages). I also know from other lawyers who knew him that he was a “stud” who won many landmark settlements and verdicts in the United States. That was his thing, working hard and winning big!

I know his type, and I saw his skill during oral argument at an appeals court, which besides knowing the late Johnny Cochran, is high on my list of cool things I’ve experienced. Having viewed and attended many trials and arguments, I can attest he was worth every penny of his multi-billion-dollar punitive damages awards against large, greedy Fortune 500 corporations.

“…kept a partially used crumpled pack of cigarettes in a kitchen drawer as a constant reminder of the health dangers that drove his push for injury protections.”

Michael reportedly exposed General Motors after new evidence surfaced this carmaker was using federal roof safety laws as a safety ceiling instead of a floor. He, more than anyone, made clear that although unsafe vehicles could pass a nationwide safety inspection (even when GM knew the roof would easily collapse), it was a despicable practice to let these cars on the roads.

Piuze joined the Emergency World Summit on roof crash cases and was unable to protect passengers in ordinary accident rollovers. Like me, he fought to strengthen roof strength standards in a report before the U.S. Senate. He even attended a hearing to ensure the upgraded roof strength standards would be required for automakers. His message on behalf of consumers was clear. Because of this dogged, legendary fighter’s charismatic advocacy, you are likely safer from suffering catastrophic injuries to this day. We even referred him to meet and sign up a few serious injury case clients over the years.

In his obituary, an unnamed defense attorney quipped of Piuze:

“… sitting at the trial table, alone, with nothing but a single yellow notepad in front of him.”

The obituary goes on to state:

He “.. (was) in trial against some behemoth insurance company armed only with his brain, a notepad, and his ego.”

A trial preparation advocate once said:

“Unless you’re Michael Piuze, you’ll probably do better at counsel table armed with something more than a legal pad.”

As a child and into adulthood, Michael Piuze loved Africa and gave his nod to its bountiful, majestic wildlife. His family and friends traveled to Africa, the Amazon, Australia, and Alaska. Michael sought to protect wild animals and animal life habitats. In furtherance of this goal, Michael set up the M. Piuze Foundation.

He made millions, but I saw him driving a beat-up old Ford Bronco around Santa Monica on more than one occasion. He was capable and fair by all accounts. And his unassuming, professional-minded demeanor made him fit in anywhere, and he was humble and generous beyond animals and helping tort victims in court. Despite living in Malibu, California, for 40 years, after a 1999 warehouse fire claimed the lives of six Worcester firefighters, he donated funds to their accident memorial there after they died.

Lawyer Piuze defeated Philip Morris in two significant cases. After, he and his legal assistant published a fantastic book called: “Trial in a Box.” I use this same toolkit in my trial research on lawsuits against big tobacco companies and other manufacturers. Many other jurists use this same guidebook to this day.

Family – Michael was legally married in 1971 to Marnie Smart. Besides his wife, he was survived:

I, for one, was touched by Piuze in many ways; I was mentored by two lawyers who worked for Mike. I also am friends with another lawyer who worked at Mike’s office. Gary Dordick, an understudy of lawyer Piuze, helped me with my legal education and even employed me for a time.

Jennifer Hines looked after Michael during the final 11 years of his life in Los Angeles County as his condition deteriorated. According to his official obituary, any “Donations are requested to go to the M. Piuze Foundation at 11755 Wilshire Blvd, 15th floor, Los Angeles, California 90025.”

I, for one, have a lot of respect for Ms. Hines and feel for her. I was very touched that such a complicated, dynamic person had at least a few loving people involved in his life. To me, the most challenging part of being a high-power Los Angeles lawyer is the absence of time from family and once close friends. Many times, children and friends can drift away or have resentment.

But once these people get through the difficult time and grieving process, they have a lot to be proud of. How can experts, adversaries, and pundits alike not identify and admire someone who lived for a purpose greater than himself?

Rest in Peace, Michael J. Piuze, and I genuinely hope someone worthy ended up with your old Ford Bronco. It was a joy to write about someone who indirectly played a role in my Los Angeles life. He cared about making a mark and helping a number of others in a selfless manner.

If I missed something or an update/retraction is needed to bring a fact to light, please reach out to Ehline Law Firm at (213) 596-9642 or send us a message on the online website contact form email. Semper Fidelis, Michael Ehline, Esq.

Did Kim Kardashian Cheat in High School to Get into Pierce College?