Comprehensive Guide to the “Made Whole” Doctrine

Subrogation is the reimbursement insurance companies claim from their policyholder and is only possible if the policyholder (injured victim) is “made whole.”

If you haven’t fully recovered your damages in an accident and the insurance company insists that you pay them, our personal injury insurance law attorneys in Los Angeles have put together a comprehensive guide on the made whole doctrine to help you understand your rights.

What Is the Made Whole Doctrine?

The made whole doctrine helps protect injured victims from their insurers reclaiming the money when they’ve incurred substantial losses greater than the amount they recovered.

It limits the insurer’s right to recovery through a subrogation claim against the policyholder who has not recovered the entire debt and ensures that the injured party is made whole before the insurance company can recover.

Why Is This Doctrine Important to a Personal Injury Case?

A person can incur damages through a personal injury or property damage in an accident which they can recover by pursuing legal action against the liable parties through a claim or a lawsuit. During this time, if the victim’s insurer pays for the damages, they may also wish to recover compensation from the responsible party.

However, when the at-fault party’s “pool” of money is insufficient to compensate the victim fully, the made-whole doctrine kicks in to ensure that the overeager insurance companies do not take the money needed by the victim.

Example of How Made Whole Doctrine Works

To explain how the doctrine works, let’s look at an example.

Suppose Jenny pursues a civil lawsuit against Jane, who is responsible for the accident caused, resulting in property damage and injuries to Jenny. Jenny’s car insurance company pays $3,000 on her behalf for emergency medical transportation and to cover partial medical treatment costs. Total damages incurred by Jenny are around $25,000, but since Jane has no insurance coverage, Jenny only recovers $21,000 from the at-fault party.

In that case, the amount recovered did not “make whole” Jenny because her medical bills were far greater than that. However, the car insurance company would come after Jenny’s settlement amount to cover their losses.

Under the made whole doctrine, Jenny can argue with her own insurance company that they cannot collect the $3,000 paid by them as the settlement did not cover all of her damages. The doctrine helps protect Jenny from paying the money to her insurer since she needs it to handle the damages and injuries sustained.

Can the Insurance Company Overrule the Doctrine?

The made whole doctrine protects you from your insurer recovering money unless the contractual agreement between your insurance company and yourself specifically states otherwise.

Most insurance contracts are written in such a way that tries to overrule the made-whole doctrine. The language in the insurance policy is the critical factor that can overrule the doctrine. Typically, the policy would mention the insurer’s right to all recoveries made by the policyholder from the negligent party.

Most states, including California law, recognize such insurance policies when the insurer mentions it in their insurance policy signed by the policyholder. Even if you’re unaware of such provisions, the insurer can still enforce them against you in most cases.

Can I Challenge the Language in My Insurance Contract? 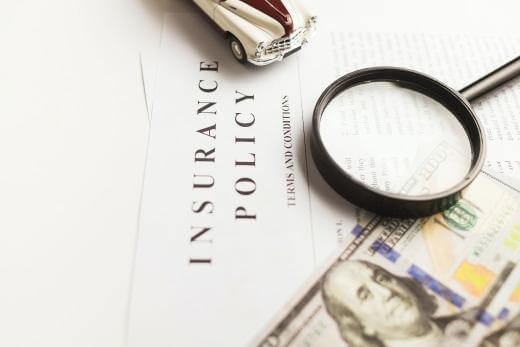 Certain provisions in your contract may not be adequate to get around the made whole doctrine, and certain courts in those cases will not uphold the language mentioned in the insurer’s contract.

It is crucial to speak to an attorney as, in some cases, they may be able to challenge the language in your policy and make sure that the doctrine still applies even with the existence of conflicting language.

There have been many rulings in the past that question the contract’s intent or language or challenge the double recovery aspect that subrogation protects.

In the case of Franklin v. Healthsource of Arkansas, the insured’s right to subrogation took precedence over that of the insurer, and the Arkansas Supreme Court found that Franklin could not have enjoyed a double recovery.

What Does Subrogation Have to Do with the Made Whole Doctrine?

Do Insurers Care about Subrogation?

Subrogation helps protect the insurance company from taking a financial loss that they would not necessarily incur if the accident didn’t occur in the first place. Insurance companies are in the business of making profits and want to claim back the money they paid their policyholder.

The insurance company also wants to ensure that they do not pay large amounts of money to the accident victim, who then receives full compensation through a lawsuit. Still, they decide to keep the money without paying their insurer back.

Although it makes perfect sense for insurance companies to pursue subrogation claims, protecting the victim’s rights is also essential.

Let’s look at an example to help you understand what all of this means.

Suppose Jenny suffers severe injuries in a truck accident caused by a trucker employed by Big Trucking, LLC. Jenny incurs $100,000 in medical expenses, which her health insurance company covers, less the deductible Jenny has to pay. Jenny pursues a personal injury lawsuit against Big Trucking, LLC, and receives $100,000 for economic damages and $65,000 for non-economic damages.

The made whole doctrine will not protect Jenny from her insurance company making a recovery in this case, as she is fully compensated for the loss.

Does the Made Whole Doctrine Protect Attorney’s Fees?

In personal injury cases, the compensation recovered typically does not include an attorney’s fee and is also not calculated under the made whole doctrine.

When determining the insurer’s subrogation rights, the doctrine does not consider any attorney’s fees deduction from the recoverable amount.

Is Common Fund Doctrine Different from Made Whole Doctrine?

The common fund doctrine protects accident victims from bearing the attorney fees if the insurance companies do not use their attorneys to recover the damages. If the accident victims recover compensation from the negligent party with the help of an attorney, it allows them reasonable attorney’s fees from the recovered funds.

When the accident victims make the recoveries, the insurer can pursue their right to subrogation to get their money back. However, the common fund doctrine protects the victim’s attorneys by paying them a reasonable amount from the recovered amount for their hard work.

How Does the Common Fund Doctrine Work?

Here is an example to help you understand the concept of the common fund doctrine.

Jenny suffers severe injuries after a balcony at a hotel she was staying at collapses. She receives medical treatment worth $50,000, which her insurance company pays. To recover the damages, Jenny files a lawsuit against the hotel owner. Through a settlement, Jenny received $50,000 from the negligent party’s insurance provider.

Since Jenny recovered the entire amount, her insurance company wants to recover their $50,000 back from Jenny, which they had paid for her medical treatment. However, the recovery was possible because of Jenny’s attorney and their efforts in negotiating with the negligent party’s insurance provider for a fair settlement.

Although the insurance company bills Jenny for the whole amount, they must pay a portion of the attorney’s fees if they wish to make a recovery through a subrogation claim.

If you’ve suffered injuries in an accident due to another’s fault, contact us at (833) LETS-SUE for a free consultation with our experienced personal injury lawyer. We have extensive experience with the made whole doctrine and can protect your rights from your insurance company if they come after you for recoveries.

Car Insurance Settlement Options 2023 | All You Need To Know

How Long Do I Have To Make A Car Accident Claim In California?

How Do You Counter Offer A Personal Injury Settlement?