Can I Sue My Public School Teachers for Giving Me Puberty Blockers?

The FDA identified six cases of females who were taking a puberty blocker and suffered from brain swelling and vision loss. 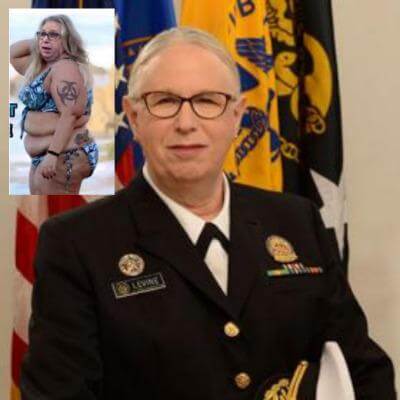 Mental health professionals have discussed the concepts of gender identity ad nauseum. Concepts such as biological sex acceptance, gender dysphoria, cross-sex hormones, and more have emerged repeatedly as a result. After looking at the Tweets and social media, anyone discussing this is automatically labeled a “right winger.” We can all agree that if a school gives kids hormone blockers, it should be a crime.

But it has happened, and it’s not a conspiracy theory. And hormone blockers are dangerous, unsafe, and unnatural. It’s one thing when adults speak to their sexual orientation, having a different gender identity than the one they were born with, etc. What happens when a child’s parents must now deal with a little one who wants to identify with the opposite sex?

Of course, the variables are a little different. Depending on how the parents handle it, there may be grounds for suspected child abuse. So what happens when a school district decides to deceive parents and begins “treating children” with puberty-based blockers and no parental consent? Before getting there, why don’t we look at what the Food and Drug Administration (FDA) has to say? An official warning was put out to discourage the use of blockers.

New findings from the Food and Drug Administration show a link between common puberty blocker hormones and serious risks for youth who take them. – Source.

This kind of medical intervention introduces concerning symptoms such as:

Doctors and other therapists who would side with such a school district policy and encourage children to make the life-altering decision to switch to the other gender describe the effects of the drug as being completely reversible.

Absolutely NOT! Even the Biden FDA advises the effects of these hormones and so-called hormone blockers are irreversible. Although some children saw symptoms go on for anywhere between three and 240 days, with no indication of longer-lasting effects, the damage to your NORMAL biological growth pattern is forever.

The FDA has issued official scientific warnings that puberty blockers should not be used on minors after young patients suffer from brain swelling as a result of the use of the medication. 1/2 https://t.co/FNqe58Cros

The debate on the social transition and the requirement for parental notification made its way to the national stage through a Rachel Levine interview.

Levine is Biden’s transgendered US Assistant Secretary of Health, who believes that this “gender-affirming care,” including injecting children with hormone blockers, is life-saving. Levine asserts that youth should have access to it without parental or government interference. Levine also reiterates that there are no long-term studies to show the permanent effects of blockers.

Below is a brief look at an intriguing case. While it occurred in Wisconsin and not California, we believe it highlights a couple of interesting elements in this debate of what some may term gender confusion, as well as the need to respect parental rights to be in the know or lack thereof.

In this case, a Wisconsin Institute for Law & Liberty lead counsel, along with Alliance Defending Freedom attorneys, had requested that a state court halt a Madison Metropolitan School District policy that encourages teachers and staff to help and even encourage children of just about any age to adopt transgender identities.

This is done in the absence of any parental notice or informed consent. The attorneys are representing 14 parents that span eight families affected by the policy. One of the challenges is the gray areas where the law is concerned.

For example, according to the American Civil Liberties Union, in another Texas-based case, privacy is meant to be extended to students where gender identity and orientation are concerned under state and federal law, with exceptions coming under limited circumstances.

The Supreme Court would eventually take the case, and the school staff was barred from exercising the policy, which intentionally deceived parents. While parents were allowed access to their kids’ education records, any paperwork surrounding gender identity affirmation was kept in teachers’ confidential records.

If your child has suffered a loss of function or personal injury because of blocker effects in Los Angeles, you may be entitled to compensation. Your best bet is to speak to an expert attorney to find out where you stand. Schedule a free consultation with Ehline Law Firm at (833) LETS-SUE!