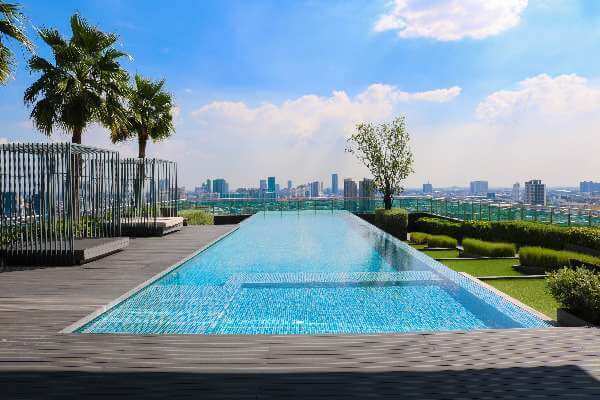 Learn the outcome and discover the dangers

In 2016, the parents of a 13-year-old boy, Alex Pierce, filed a wrongful death lawsuit against the Murrieta Valley Unified School District.

This was after their son drowned in the Murrieta High School swimming pool due to the staff’s negligence.

At Ehline Law, our personal injury attorneys understand the physical, mental, and financial impact an accident can have on an injured victim. It’s not fair for you to pay for someone else’s negligence if drowning in a public swimming pool is not your fault. If you or someone you know has suffered injuries, speak to our attorneys today to determine your legal options under the Tort Claims Act or civil law as a negligent case.

The Murrieta Valley Unified School District staff organized the pool party and cared for the children. The school had also hired a couple of student lifeguards who were “on duty” during the pool party.

Surveillance footage showed Alex Pierce slipping into the swimming pool and staying at the bottom for at least two minutes. During this time, there was no lifeguard to rescue the 13-year-old boy from drowning, and Alex’s seventh-grade classmates spotted Alex and tried to retrieve him. Shockingly still, no faculty member or lifeguard made any effort to save the young boy.

The students retrieved Alex by placing him on a backboard, where he floated for seven minutes until the paramedics arrived. During that time, no school personnel, faculty, or lifeguards performed CPR on the young boy to resuscitate him, resulting in losing precious minutes.

The Murrieta Fire Department paramedics arrived after a while. They transported Alex to a nearby hospital, but the medical professionals had to airlift the young boy to another hospital due to severe injuries. Upon reaching the second hospital, the doctors attempted life-saving treatment by placing Alex on life support, where he remained in a coma for more than a month.

Unfortunately, Alex did not survive his injuries. On July 7th, 2016, the doctors at the Naval Medical Center in San Diego performed their final tests before declaring the young boy brain dead. The tragic incident sparked the need for changes in the school district.

Alex’s parents stated that their young son had a chance to survive, but many failed him multiple times. They vouched to take legal action against the Murrieta Valley Unified School District for justice and to prevent this from happening to any other family. They believed their legal action would prompt school districts across California to re-examine and update their safety protocols.

Police and School Officials Report About the Incident

The police captain at the time, Dennis Vrooman, reported that nothing inappropriate happened when they arrived at the scene. The camera footage showed that Alex was floating unintentionally toward the deep side of the pool, where he could no longer stand and therefore drowned.

Was Alex’s Death a Case of Wrongful Death?

Several indications point toward the death of the 13-year-old boy as a wrongful death case, including:

When the paramedics arrived at the drowning accident scene, Alex was in a critical state. They transported him to a nearby hospital, which did not have the necessary equipment to treat Alex. He was then airlifted to a larger hospital, where the doctors placed him on life support. Alex was in a coma until July 7th, 2016, when the doctors declared him brain dead.

Elements of a Wrongful Death Lawsuit

In the case of a successful wrongful death lawsuit, the plaintiff must prove the following key elements:

To prove the four critical elements of a wrongful death lawsuit, the plaintiff’s attorney must provide concrete evidence of negligence that resulted in damages to the surviving family members. In some situations, evidence may require the testimony of expert witnesses.

In the case of Alex, the incident ticked all the key elements of the wrongful death lawsuit. The school had a duty to supervise the students and keep them safe. They failed to prevent Alex from drowning, and the boy was without oxygen for 9 minutes, suggesting an incompetent staff that lacked the necessary training. Alex was in a coma for more than a month at a major hospital and was on life support before doctors declared him dead.

The settlement between the two parties occurred on May 16th, 2018, a month before the case was heading toward trial. The dismissal of the case happened on July 2nd, 2018. Media channels contacted the attorneys after the settlement for information on the settled amount and any comments. Unfortunately, neither side came forward to provide comments or additional information.

The Pierce family argued that Keith Good, a certified lifeguard, and the school’s dive coach, was there during the drowning. Good’s attorney stated that he was not on duty. However, according to court documents, the Pierce family’s attorneys did not agree with the statement. They said that while Good was on duty, he had failed to train the nine amateur lifeguards properly, and he did not do anything after the boy floated for seven minutes in the pool on a backboard.

To dismiss the lawsuit, Good’s attorney argued that he did not have a legal obligation to aid Pierce. The Riverside County judge refused to toss out the lawsuit, stating that Good did not prove that he did not have a duty of care. This created grounds for trial, and since the defendant’s attorney knew about it, the parties decided to settle it outside of court with the Pierce family.

After settling the case, the School District Superintendent, Patrick Kelly, issued a statement and wrote a letter to the Pierce family, apologizing on behalf of the school district, stating that no amount of money could make up for the loss of their son.

Although Kelly apologized on behalf of the school, the school district did not admit liability or fault. Kelly stated that they are examining the school safety plan, policies, procedures, and protocols to prevent any such incidents in the future.

Accidents can have long-lasting consequences affecting the injured victim’s quality of life.

If you suffered injuries from an accident that was not your fault, contact us at +(833) LETS-SUE for a free consultation with our personal injury attorneys. We’ve recovered more than $150 million for our clients and can help you, too, with your personal injury claim.