What are the Tax Consequences of Personal Injury Settlements?

The only thing sure in life is death and taxes, so goes the saying. Taxes are separate compulsory contributions to California, city, county, state, and federal revenues. The government levies taxes on the payroll and other income of workers. And business profits are also taxed, And even though those taxes are passed off to consumers by raising the cost of some goods, services, or transactions, most cities charge a sales tax. So you can’t win when it comes to taxes. But did you know that certain portions of personal injury settlements are non-taxable events?

Most of us know that personal injuries are unplanned events. Most people would rather avoid injuries. But when an incident happens, victims may recover compensation to get their lives back on track. A personal injury settlement helps avoid court. Most of all, it compensates them. 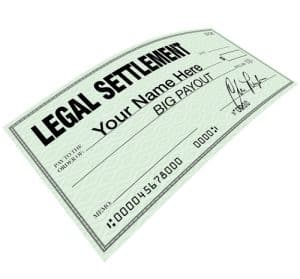 The agreement will cover medical expenses, lost wages, pain and suffering, and other damages. Moreover, this is a financial award to help in the healing process after an accident. After all, this was due to carelessness or recklessness. It’s not like someone is getting rich. But “hush-hush” confidentiality arrangements are becoming more and more popular.

Publicly reported settlements remain common online and in legal journals. And some people don’t want that for various reasons. (a minor involved, a large company doesn’t wish to see more claims from copycats, etc.) But if you’re not careful, this type of contract can impact your personal income taxes.

Normally, compensation for medical expenses or pain and suffering has no impact on owed federal income taxes. Compensating the person who suffered physical harm losses remains the object. That’s why normally, this isn’t taxable money. Why? Because federally, it’s not earned income.

What about Lost Wages?

Compensation is awarded that may be considered taxable money when the claimant is awarded money for lost wages. So this would be regarded as income that would usually appear on the claimant’s W-2 federal tax form. The IRS would receive a copy from the employer. Applicants who live in states with state income taxes are responsible for the taxes on the awarded compensation. And typically, it would be reported by the employer when it is for lost wages.

In some states, the law will contradict federal law when it involves financial compensation or a personal injury. Major portions of injury claims are not subject to federal taxes. But certain states require individuals to pay taxes on all of their awards. And this includes a financial settlement.

Knowing that these laws can vary from one state to another, taxpayers need to see the state’s tax laws in which they are domiciled or resides. Consulting with a tax attorney or a CPA is the best way to learn. So do so before filing state or federal income tax returns or even settling, for that matter.

Do Confidential Settlements have Tax Implications?

Many PI lawyers may not be aware of this. If you do a confidential PI settlement, the IRS will come after both parties for taxes. But tax avoidance remains possible with a proper settlement contract.

You heard right; remaining quiet will cost you money. The exchange is for confidentiality, not for personal injuries. Examples could include cases where a child gets raped on a cruise ship. Both the parents and the cruise industry want to keep this delicate matter “hush-hush.”

Since this additional side deal for confidentiality has nothing to do with the actual injury, it is subject to tax consequences. The IRS will assess a reasonable amount for the “silence.” So spelling out the cost of silence purchased makes sense. Sometimes the tax assessment is outrageous; no compensatory award remains for the injured party. To help alleviate this risk, the parties need to spell out the amount. Also, it must show who bears the tax consequences burden. Otherwise, do not engage in a confidential settlement at all!

What About Settlements more than Loss?

Some compensation awards generally will occur in a civil court setting over the victim’s actual losses. Punitive damages raise the issue of tax liability. The extraordinary portion of the verdict or settlement remains taxable.

Under federal tax laws, this financial gain over the actual losses suffered is taxable income. When a judge approves this type of award, the court records will show the amount of taxable compensation. Other income is typically how your accountant classifies the amounts when filing your return.

“Confidentiality in Settlement Agreements Is Bad for Clients, Bad for Lawyers, Bad for Justice” (ABA): https://www.americanbar.org/publications/gp_solo/2012/november_december2012privacyandconfidentiality/confidentiality_settlement_agreements_is_bad_clients_lawyers_justice.html

10 Ways to Make Money When Injured and Can’t Work

What is Role of a Life Care Planner in a Personal Injury Lawsuit?