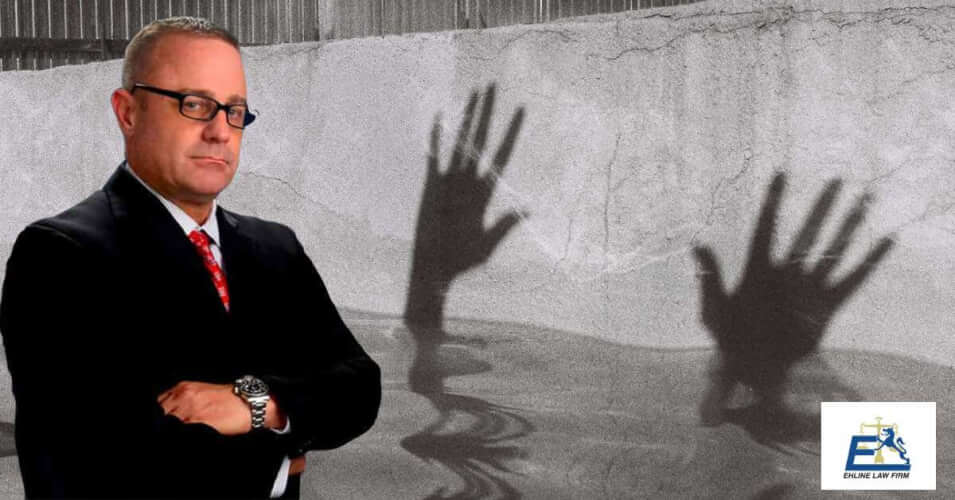 Does life insurance pay for suicide? Let’s find out. Suicide and whether or not it receives coverage depends on the suicide clause and several factors.

Suicide is one of many major national public health issues in the United States. The country has one of the highest suicide rates among wealthy nations. The suicide clause states that if suicide occurs within a specific time frame after the insurance company issued the policy, the insurer will issue a claim denial under most circumstances.

Most policies won’t cover a suicide committed within two years of policy issuance. According to the Center for Disease Control (CDC) National Center for Health Statistics, in 2018, 48,344 recorded suicides were registered, higher than 42,773 in 2014.

Life insurance is a contract between an insurance policyholder and an insurer or assurer.

So if you get a life Insurance policy for yourself now, you are the policyholder consumer.

Suicide is prevalent in the United States, and not all life insurance will cover a policyholder paid for just any suicide.

What Types of Death Are Typically Covered by Insurance?

Accidents and those caused by illness are generally covered by life insurance. Most life insurance plans pay out promptly in cases where the cause of death is clear and there is no specific reason to suspect otherwise.

If, for example, a family member or loved one dies after many years of fighting cancer, the insurance provider will investigate to determine if the death is a covered risk. If anything about your loved one’s passing is unclear, they’ll contact you for further information.

Accidental death comes on quickly and unexpectedly, and it is frequently unintended. Although the victim may be of any age, many deaths are unintentional. 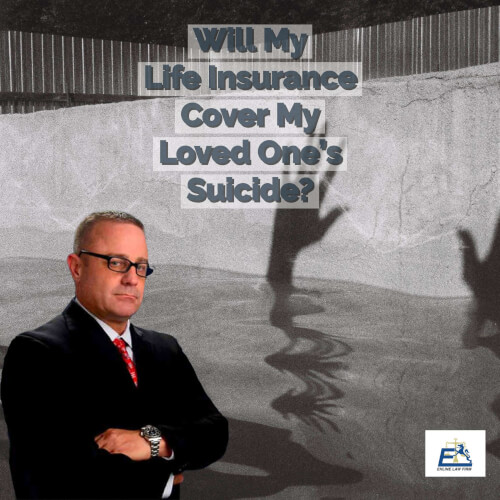 Because many wrongful suicides are intended to appear accidental, insurance companies frequently request more information before paying out a claim.

If you are a life insurance beneficiary and your loved one was killed in an automobile accident, you must provide the necessary papers and a police report. Almost all police departments offer these reports for a minimal administrative fee.

Suppose the cause of death was not recorded in a police report, such as a fall from a ladder or slip and fall in the restroom. In that case, the medical examiner’s conclusion that the death was unintentional is usually enough to satisfy standards.

What Types of Death Are Not Typically Covered By Insurance?

Natural deaths are not necessarily covered by insurance; their causes are sometimes referred to as unnatural deaths. The case’s specific circumstances generally determine the amount of money that will be given.

Most insurance companies demand police reports before paying for a life insurance policy if a person’s death is declared a homicide. Most life insurance firms are more conservative in their evaluation of suicide claims than other types of losses. If the death is deemed a homicide, whether or not the policy pays out is determined by the terms of the coverage, how long the plan has been in force, and whether an insurance company reasonably suspects fraud or other misconduct when the coverage was purchased.

It’s possible that a person who was previously thinking of suicide took out a large policy and waited until the expiration date to take their own life. If evidence of this type appears during the claim process, your insurance company may refuse payment and eventually offer only a limited settlement to avoid litigation. You could be forced to hire a lawyer to represent you in this case.

What Is A Life Insurance Suicide Clause?

A suicide clause is usually a forced two to three-year waiting period after purchasing a life insurance policy. Upon the policyholder’s death, the claim will undergo investigation for a breach, including suicidal death. Once these clauses expire, however, beneficiaries may receive the death benefit left to them by the policyholder.

What Is An Incontestability Clause?

Insurers can deny claims for many reasons, including:

The contestability and suicide clauses should be covered as long as they expire. Once incontestable, only serious infractions may qualify to bar coverage. The exclusion period resumes when the insured person amends or updates their policy.

Other Types of Life Insurance

There are generally two categories of life insurance:

Term life, also known as pure life, guarantees payment of a stated death benefit if the covered person dies during a specified term.

Permanent life (aka whole life) is an umbrella term for an insurance contract that does not expire. (combines a death benefit and savings portion).

Otherwise, a person who took their own life shall not benefit the named beneficiary fighting a denied life insurance claim.

Do All Life Insurance Policies Have Suicide Exclusions?

No. Although suicide coverage may be provided at some point, many policies have special provisions limiting the payment of benefits in those cases.

Under a suicide provision, some life policies, including group life (discussed below), only receive a death benefit. The remainder of the policy’s cash value gets forfeited to the insurance company.

The insurance industry exists to protect consumers from unwanted events, including death, in exchange for purchased coverage. Intentional acts are typically excluded from coverage by an insurance company as a matter of public policy. Suicide prevention may be a policy benefit to promote awareness of suicide exclusion clauses. In many locales, that’s how life insurance payouts work.

There is a risk that some people might purchase coverage from the life insurance company to end their existence to benefit their beneficiaries.

Insurance companies don’t want to create financial incentives for people to take their own lives or pay someone. Because of this, many life insurance policies have a suicide clause, also known as a suicide provision.

Suicide is never an easy decision to make. But suicide won’t always prevent a life insurance payment. If, for example, your loved one held a life insurance policy for many years before succumbing to a terminal illness and evidence suggests that the disease caused their suicide, the insurance company may accept your claim request without much pushback.

What About Supplemental Life Insurance?

Many individual life insurance policies fail to contain general contestability and suicide clauses, but some do have a clause denying payment when the insured dies this way.

What Is Employee Group Life Insurance?

Private employees can often purchase group life insurance through their employer’s insurance carriers. Depending on the situation, if a decedent covered under a group policy commits suicide, their beneficiary may only recover the death benefit, losing the remaining cash value an accident death would usually indemnify.

The whole life cash value generally remains greater than the death benefit stated in the policy. Almost all these life insurance policies provide benefits for different types of fatalities, with some exceptions.

To summarize, the cash value of a policy is equal to the total amount of premiums paid into the plan and insurance expenses. When natural or unavoidable circumstances cause a death, plans often pay out the cash value.

The insured employer’s human resources department can tell you whether or not the policy pays. Often mental illness, drugs, and alcohol use may bar coverage. It all comes down to the specific terms contained in the ranges and exclusions.

A suicide or contestability clause is included in many supplemental life contracts. So when is suicide coverage afforded here?

In this example, life insurers won’t pay benefits if a policyholder commits suicide within two years of purchasing life insurance. However, the death benefit will usually be honored, but it’s based on the insurer’s then-current criteria.

What About Military Life?

Veterans and military personnel that qualify for life insurance through Veterans Affairs are usually protected if they commit suicide.

Life insurance is not typically covered by renters insurance. However, some creative attorneys may make a suicide wrongful death claim for coverage.

On the other hand, a clause prohibiting reimbursement unless for death by natural causes will almost certainly be upheld by courts or another insurance regulation/law.

Before a policy is issued, a life insurance company will analyze your physical and mental health with its investigation. This period is part of the insurer underwriting process and will include several questions regarding your current and past health.

How Do Insurance Payouts Work for Suicide?

What To Do if Your Claim is Denied?

Did your insurer deny or contest your claim? How do you go about it? It is important to note that insurers always go to law enforcement and medical experts for circumstances around death, whether accidental or doctor-assisted suicide.

In this case, the insurer starts its investigation on the cause of death, and they will provide or seek evidence, including:

According to state laws, the family might contest negative findings with legal action during the claimed contestability period.

Policyholders who misrepresented a condition or mental health data on their insurance applications leave a wide opening for an insurer to contest any claim.

These agents may argue fraud, deceit, and misrepresentation to avoid making policy payouts. It can be very devastating for the surviving family.

A beneficiary must receive sound legal advice from lawyers who can help against the insurance company. Let our experienced attorneys help you get the same death benefit even if it was an individual life insurance policy from the life insurers.

We help people get their premiums paid under the laws protecting typically in California and California Colorado districts. It would help if you had actual legal experts that can only be found at Ehline Law Firm Personal Injury Attorneys, APLC.

We offer our hands to help you get legal assistance today by providing a free evaluation and case review. We can help you receive compensation and make other financial decisions when a policyholder dies by suicide.

Our partner’s and team members’ objective is to get your fully earned payments compensated. Our organization will seek to pay you whether the excluded contestability clause expires or the excluded period remains in effect for all insurance products providing death benefits. Call us for confidential support to disclose a summary of your case today at (213) 596-9642.