When I was growing up in the ’70s to the ’80s, Bruce Jenner was the “man.” It was interesting that after all of that fame from being on a Wheaties cereal box (Click here to see a Picture), Friday, a wrongful death lawsuit was filed naming Mr., or is it, Ms. Bruce Jenner? in a Pacific Coast Highway auto crash in Malibu, Los Angeles County, California. The February 7th collision fatally injured 69-year-old Kim Howe, who was the stepmother of the children that are suing Jenner. 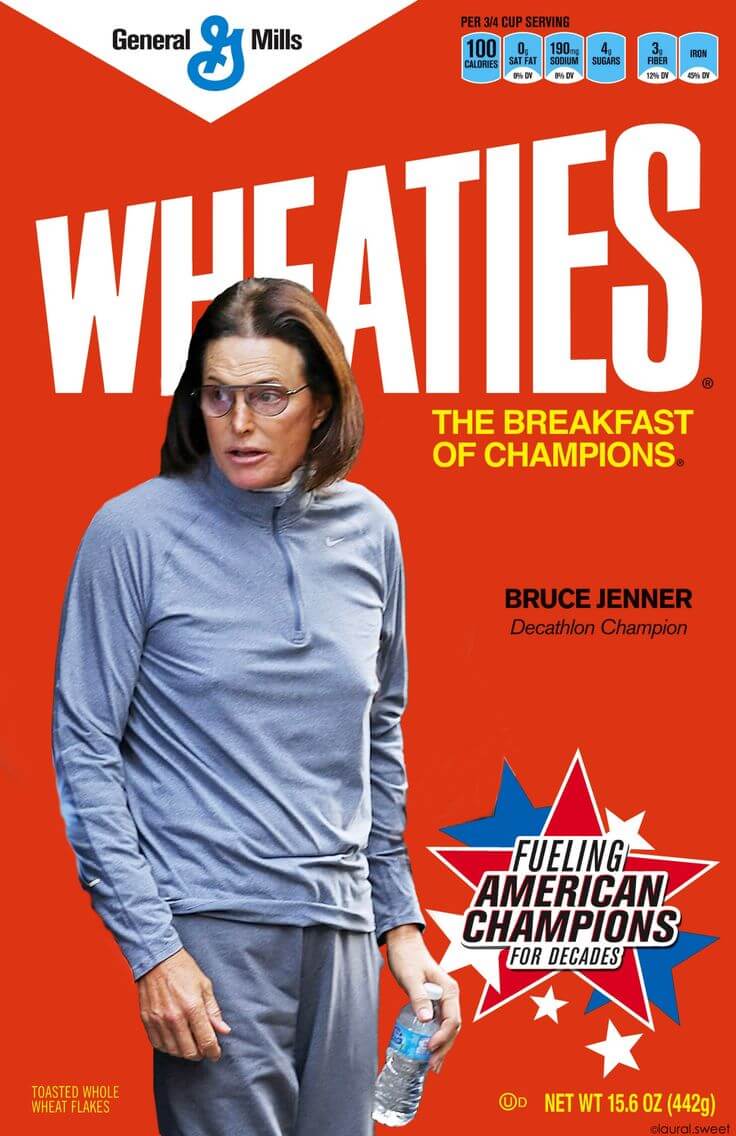 The lawsuit accuses Jenner of negligence filed by William Howe and Dana Redmond. The stepchildren state in the claim Jenner is responsible for causing Howe’s death and “damage to her effects.” In the lawsuit filed in Los Angeles County Superior Court, the stepchildren state they have suffered “enormous damages and losses. It also states Jenner “violated the rules of the road and was negligent, careless and reckless.”

Alleged in the document, the former Olympian violated the speed limit, violating California’s vehicle code section designed to protect drivers. According to Howe’s stepchildren, she did not have any fault or cause the crash; she was acting with caution and attention when the collision occurred. The lawsuit seeking unspecified damages states the children have lost the love and affection of Howe, incurred bills, and have had to pay for damages.

Attorneys Jeffery Wolf and John Sheehan stated Kim Howe and her stepchildren had a close relationship for over 40 years, even after their father died ten years ago. In the statement, the lawyers said that no one had taken responsibility for Kim Howe’s death and her stepchildren feel obligated to seek the truth and justice for their stepmother. Lawyer Alan Nierob representing Jenner, age 65, declined to comment on the lawsuit.

The Los Angeles County Sheriff’s Department is still investigating Jenner’s Cadillac Escalade rear-ended the February 7th Malibu Pacific Coast Highway collision resulting in the death of Kim Howe after the Lexus she was driving. Howe’s Lexus, after being hit, went into oncoming traffic and was hit head-on by a Hummer. At the time of the crash, Howe was driving behind a Toyota Prius that came to a sudden stop, and Jenner, who was towing a trailer with an off-road vehicle, rear-ended Howe’s Lexus.

The lawyer representing the Toyota Prius driver, attorney Robert Simon said that the Prius was rear-ended by Jenner’s Escalade and not by Howe’s Lexus as was first reported. Lawyer Simon said after the Lexus had been pushed into oncoming traffic, where a Hummer struck it head-on, Jenner’s SUV continued and hit his client’s Prius.

In all events, this is not the type of Hummer that Jenner was probably looking for. And if it turns out there is merit to this story, the Wheaties Box may hold less significance in the minds of many Gen X ers than it once did. According to an MTA bus video, it was reported that Jenner’s SUV struck two vehicles, and he stated that is a fatal chain-reaction crash.

You will recall that he was let go. Many experts hypothesized in the psychological field that Jenner could have been, or still be, mentally ill or at least rendered incapacitated due to the female hormones and his confusion about his gender. This wrongful death story has a leg and will be a spectacle once civil or criminal papers are filed in the courts. We will update our readers as this story heats up.