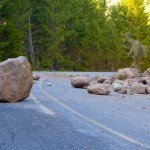 Caltrans employees have a risk of serious injury in a crash in Southern California. This year by September 1st, there were 185 worker deaths. A tanker truck in Acton struck the last worker, who was killed. While employees work on the I-405, I-110, I-10, I-5, and other freeways, they are in danger of harm.

Most Los Angeles car accident lawyers know these crashes happen due to distracted drivers texting, speeding, and taking their eyes off the road. But sometimes, they arise due to poor supervision and inadequate signage that would warn drivers there are workers nearby. These can account for the basis of a work comp and government claim, for example.

What Are Some Commonly Asked Questions?

Workers often have questions when they get hurt because of another driver.

What is Caltrans Employee’s Worker’s Compensation?

When a worker becomes seriously harmed, they can get workers’ compensation.

The employee’s benefits include:

Do You Have Other Choices Aside from Workers Comp Insurance?

The usual way for a worker hurt on the job to pay for medical care and other bill is workers comp benefits because of on-the-job risks.

Plus, this bars the employee from filing a lawsuit against the employer for a work-related injury. There are exceptions for bringing a suit for employees. One example is if a driver hits a work vehicle, causing it to impact and hurt a worker outside the car.

What is Third Party Liability?

The worker was hurt because of another driver rather than hurt on the job or by a co-worker’s actions. In that case, the law in California allows the worker to bring a third-party claim against the at-fault party.

This claim means filing against the other driver’s insurer. If the driver is a commercial driver like a truck or taxi driver, the request can be against their employer. Typically, injury attorneys will bring the claim on the victim’s behalf in the local Superior Court.

When filing a claim against the driver’s employer for negligence, the worker must prove the following:

What Happens When A Duty Gets Breached?

The worker must prove one of the breached duty of care elements to have the right to seek a settlement. The settlement or court award includes money for medical costs, future medical attention, lost wages, future earnings, and other damages. Also, the claim can cover non-economic damages like pain and suffering and loss of ordinary life. The worker can bring the third party claim while receiving workers comp. The employee’s case can then go in front of the Worker’s Compensation Appeals Board during the third-party lawsuit in civil court.

What About Negligence and No-Fault Liability?

Workers’ comp does not matter if the harm happened due to the employee’s negligence or another operator’s actions. The negligent third-party claim falls on the at-fault party. This is the no-fault liability. However, in some cases, the worker may have some responsibility for the accident.

Then comparative negligence will apply to place a percentage of fault on the employee and the other person. So, for example, if the worker gets awarded $10,000 and their responsibility is 20%, the injured worker would get $8,000.

What are the Two Recoveries Available?

Third-party claims should get investigated since this suit often receives a better result than the Workers Compensation Appeals Board. This board is used for cases that require ongoing treatment or long-term disability.

What is the Benefit of Legal Assistance?

Workers comp with minor injuries is often clear where the fault lies. It would help if you had ongoing treatment, surgery, or therapy when the harm is more serious. It may include lost wages and future lost earnings. Third-party claims must show fault, so an injury lawyer is necessary. They have the skill to investigate the complaint. They will negotiate with the at-fault party’s company and insurer.

If you or a loved one is harmed while at work in Los Angeles and areas of Southern California, contact our serious injury lawyers for a free consultation. We can go over your case to know if there is a third-party claim. We can help the hurt worker through the employee’s comp process and with the Workers Compensation Appeals Board.