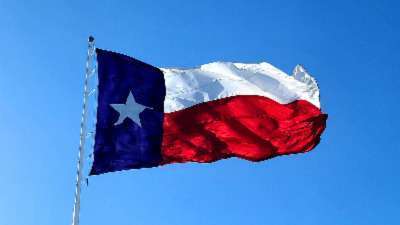 A Breaking News Story Coverage on the Open Border Disaster

Although I am a Texas bus accident attorney, this is a great story about states refusing to accept illegals, many of whom are violent criminals, into their states.

Instead, Florida and Texas are sending these lawbreakers, president Biden allowed into the U.S., to Democrat-run states.

Texas Governor Greg Abbott announced that the first bus arriving in Chicago from the southern border is on the way. The new migrants were dropped off at Union Station on Wednesday. This is amazing for asylum seekers because the state has spent $12.7 million on free rides to sanctuary cities like Washington, New York City, and Chicago.

Greg Abbott has been making moves to provide voluntary trips to a sanctuary city for the migrants arriving in the country. Many immigrant rights advocates praise these efforts since it helps with the high cost of transportation that these immigrants would need to pay when they arrive in the country.

The Texas Gov. has been notoriously known to crack down on illegal immigration, but he is also making moves to help any family seeking freedom properly. He has created one of the country’s most generous immigrant assistance programs. The real question for me is whether these illegals can sue the state governors if they get into a bus accident.

One of the many reasons Abbott is doing this is to protest against Biden’s immigration policies. He understands that Biden is using the U.S. Census to gerrymander red states into creating hundreds of new senators and congresspeople without the need for a SINGLE vote. That is why Republican governors are bussing many migrants to Democratic-controlled cities that support the lawlessness of a defacto open border.

The Republican governor has said that the lack of efforts made by Biden is putting the southern parts of Texas in danger with the open border policies. This has been putting a lot of strain on customs enforcement officials and putting local people in danger. No matter what Abbott says, the fact that he is moving migrants around the country is helpful and kind.

Illinois Welcomes Refugees: What Does Chicago Mayor Lori Lightfoot Have to Say?

Now, Chicago Mayor Lori Lightfoot has agreed to help Abbott and has become a welcoming city for migrants to be bused to. She works with community partners to provide shelter, food, water, and protection to the new people on Wednesday night.

Chicago has been a city that has welcomed migrants for a very long time and has always helped gather them at Union Station so that they can be properly taken to their new dwellings. It should also be noted that Lightfoot does not want to be a part of Abbott’s racist practices, but she will continue to help the newly arrived migrants.

Ryan Johnson, a representative for Lightfoot, spoke about how Chicago is a welcoming city and that many different departments have worked together to greet the migrants with dignity. They understand that many of these people are fleeing from distressing and violent environments, so ensuring they feel safe is essential.

The Chicago Tribune wrote that the migrants would receive health care screenings, emergency housing, and legal resettlement assistance. This will help them gain immigration status in the US.

Many of the immigrants that people met off the bus were hungry, tired, and looking for a place to stay. Some people could connect with families or friends, while others had no contacts in the area. Activists took them in at the drop-off location, so they could help them reach a safe place to stay.

According to federal and city officials in New York, people have said that Abbott’s busing initiative has been putting wristbands on migrants with barcodes on them. Even though the community wants to continue bringing in any immigrant fleeing Ukraine, they want to stop the way Abbott is dehumanizing people.

Manuel Castro and Lightfoot are on the same page about wanting to shame Abbott and his efforts to help a dozen migrants who come to the busing program daily. However, other people may not agree with these notions.

A nonprofit news organization has spoken up about how Abbott is the only state actor providing new migrants a free benefit. He is busing migrants all over the country, unlike the Biden administration. Even though people in New York may have a lot to say about Abbott and his views, he is trying to make a positive difference in border communities by helping move migrants.

As Chicago welcomes hundreds of illegals, expect your taxes to increase to pay for these new census-friendly individuals who snuck across the US-Mexico border. Many people forget that other local organizations want to do something like this but lack the funds. The fact that Abbott is ensuring that this happens under his watch is a big deal. Even though people are saying he is doing this for political reasons, they are racking up in his favor. But what happens when they get into a bus accident?

For one, we can explore the theory of vicarious liability and assert the bus driver works for Texas. If the courts agree, these illegals may be able to bring lawsuits against the state of Texas. We working diligently to understand these unstable environments in the law and capitalize on the opportunity built by democrats to allow illegals to sneak across to try and flip red states blue with the U.S. census.

People looking for a personal injury lawyer who understands what immigrants are going through should speak to a representative from Ehline Law Firm. The team is filled with knowledgeable, compassionate, and experienced people who want to help everyone they can. They understand that people going through a lot of stress may not know who to trust in their situation, but the team at Ehline knows what to do.

Every client is listened to, respected, and looked after, which is why people continue using the Ehline team for their needs. Anyone with questions should call (833) LETS-SUE today to book a free consultation.

Can Parents Sue for Texas Church Bus Accident with 16 Injured?