Can Illegal Aliens Drive in California? 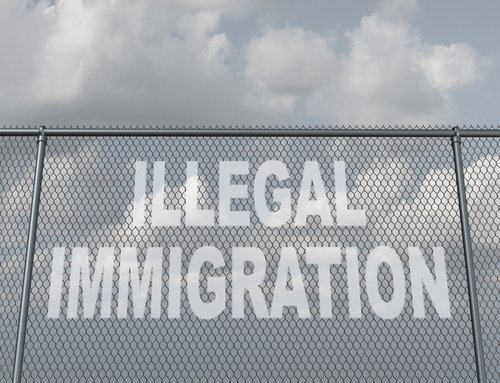 Is it Legal or Illegal?

Are you curious if illegal immigrants can legally obtain driver’s licenses and automobile insurance in California? The answer is YES; undocumented immigrants can obtain a California Driver’s License (CDL), despite their legal status. Let’s find out why.

California offers undocumented people with no legal presence an option known as the “AB 60” driver’s license.

What Is an AB 60 Driver’s License?

Suppose an illegal alien meets California DMV requirements and can provide proof of identity and California residency, whether illegal or not. In that case, they can register a car, get a license, and even get car insurance. These California driver’s licenses, as well as immigration law, generally can be hard for a non-lawyer to understand. If you or a close loved one needs help with documentation, a California immigration lawyer may be your best bet.

Do Other States Ignore Federal Law Too?

Sixteen states and the District of Columbia have enacted laws to allow unauthorized immigrants to obtain driver’s licenses.

These laws aim to create a standard driver’s license or identification that does not require proof of lawful presence. These laws typically prohibit motor vehicle administrations from disclosing residency information to federal, state, or local law enforcement agencies who enforce U.S. immigration law.

Federal limits apply whenever states have the primary authority over things in their condition under the 10th Amendment and specific case law. Federal immigration authorities cannot stop California democrats from violating the law enforced by federal officials. Since the states are sovereign, the feds can only intervene when conditions deprive citizens of their enumerated rights under the U.S. Constitution, such as the right or free speech, etc.

Driver license applicants in California who are undocumented immigrants are perfectly eligible to obtain state-issued driver’s licenses, but they will not be valid for federal identification purposes. An AB60 driver’s license is also not valid for employment or U.S. elections. Get it?

The trend in the Blue States to Allow Illegals the Same Rights as Real Citizens?

Democrats in New York recently voted to allow illegals to vote there. Although a judge rightly decided this is totally “illegal,” there is a trend in blue states to usher in these Census shifting populations and pay for them with your taxes, and nothing can be done.

The Change from Respecting U.S. Borders to Defacto Open Borders?

Legal status used to work like this: if you snuck across, the California County Sheriff and local police officers would contact Immigration Customs Enforcement (ICE), and the alien would be deported. However, California realized it could create more congresspeople by flooding the state with illegals, thereby manipulating the U.S. Census.

Republicans argue this is what helped California become a single-party state and rapidly turned it blue in a “woke,” populist wave. Now undocumented immigrants are slowly splitting blue districts in the few red counties left, effectively eliminating Republican counties in the state. Many experts claim this is why illegals are being offered free health care, cell phones, and other benefits at their expense.

Obtaining a California Driver’s license from the California Department of Motor Vehicles, even if you have a criminal record, is one of the benefits of violating U.S. immigration law. The bottom line is that the immigrant is not violating California law. This is because an exception exists for California Driver’s License applicants here illegally under U.S. regulations.

“Illegal alien” is no longer a politically correct term to describe a person who came across the U.S. border or overstayed a visa in violation of federal law. But under U.S. federal law, it remains a term used to describe a class of people who are illegally in the country without permission from all over the world.

The term is a legal classification outlined in federal law as follows:

But many terms exist that can describe the same type of person who snuck across or overstayed their travel or student Visa without permission, including:

But due to the number of terms used to describe someone here without permission, “illegal alien” has been the term that has stuck. Liberals believe the time is racist, and conservatives think the name is legal to describe someone who broke the law. As a result, liberal cities and states have declared themselves sanctuary states and are now offering illegal aliens special protections from federal law not available to natural-born citizens. California set down a controversial path when it decided to issue driver’s licenses to illegal immigrants.

The reasoning went that these alien immigrants would now be covered with automobile insurance in case of a crash. So like all pretexts with good intentions, the reasons are given to give these people valid identifications were reducing and spreading many risks on California’s roads. One of the issues that led to the decision was the high number of hit-and-run accidents that occurred after an uninsured driver hit another vehicle or pedestrian.

How Did Social Engineering Lead to Lawlessness on California Roads?

What California is finding out quickly is that this well-meaning bit of social engineering made the situation worse– a lot worse. Some of the illegals did get the required insurance. But many others decided not to keep the policy. So now, the state needs all drivers to show proof of insurance when receiving a license– but not during the period afterward. Accordingly, it has become a prevalent trend for illegal immigrants to drop coverage the day they receive their licenses.

How Many Undocumented Aliens Have Legal Driver’s Licenses in California?

Growing out of Assembly Bill 60, Governor Jerry Brown signed it into law in 2013 as one of his significant accomplishments. Recently, the Fresno Bee published an editorial explaining that the issue with drivers sans insurance did not go away. In 2014 a half million illegals gained driver’s licenses under the plan.

How Many Illegal Aliens Without Permission Have Bought Subsidized Insurance?

California expanded a program to allow these drivers to buy subsidized auto insurance. So far, just a paltry 875 have. The California Highway Patrol reported 66,000 citations for operating a vehicle without insurance during a similar period.

Giving False Information to Police at Crash Scenes is at “Epidemic” Levels?

Good intentions often have adverse outcomes. There have been high-profile crashes in which drivers will give false information to the other driver or police. However, this has reached near epidemic levels, with many accident cases going unsolved.

It has hit many in the legal field especially hard, as it has become desperate to take on auto accident liability cases because of these factors. The problem is that those who cause such accidents drive off with little to no repercussions.

New Jersey is considering going down a similar path, local media reported. So the disaster on California’s roads should act as a lesson rather than a precedent for other states. Rather than being an act of compassion, the state’s activism has directly led to hundreds of unreported accidents. And because of this, there are untold numbers of injuries and fatalities.

Our legislators in Sacramento have the opportunity to step up over the next several years. At least they could put in place much stricter guidelines to check insurance. After all, this would significantly reduce strain on drivers fearing a hit-and-run accident. And this helps serve justice in and out of court.