What is an M1 and M2 Motorcycle License?

Some youngsters start riding dirt bikes out in the boondocks with no motorcycle license, so they should be able to ride on CA streets, right? As one of California’s top motorcycle law attorneys, I wanted to provide this information to my audience to encourage safe motorcycle riding. 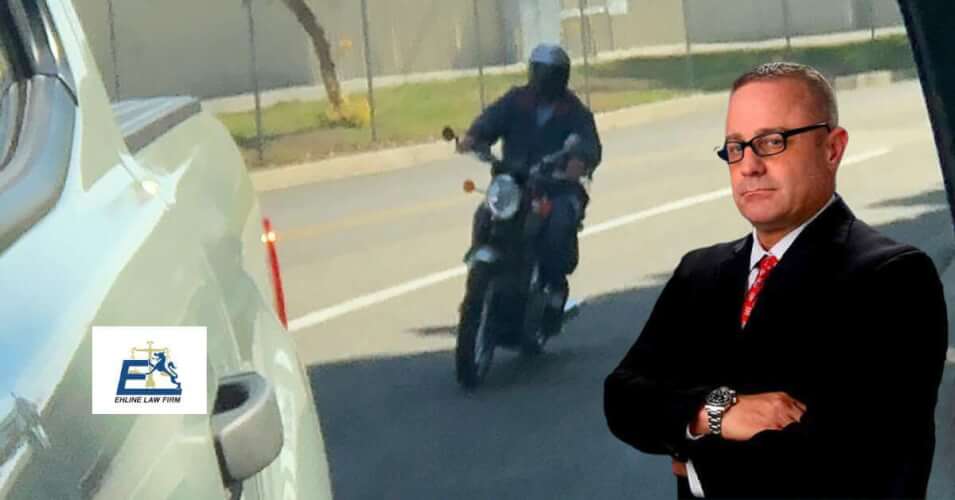 What’s The Difference Between an M1 and M2 Motorcycle License and Why It Matters?

What’s the difference between an M1 and an M2 license in California? In a nutshell, an M1 license allows motorcyclists to ride all motorcycles or motorized scooters with two wheels. An M2 license limits riding privileges for motorized bicycles, motor scooters, or mopeds. Let’s discuss this. First, many kids are already great off-road riders when they hit their teen years. A motorcycle license is the first step to street riding.
But street riding is a different animal altogether. Even if you’re a new rider, you need specialized training and minimal skill before you hit the asphalt jungle. Motorcycle accident avoidance is the primary concern behind getting licensed, and rightly so. Rider basic training is mandatory for cyclists under California law. And rider training is a matter of life and death.

So if you want to avoid finding yourself scooped up off of the highway as a casualty, you better learn. Getting a motorcycle license assures that you have the necessary training. And it is evidence of a responsible, law-abiding citizen. To cut to the chase, you can go to the DMV Rider Requirements Here.

What Kind of License Do I Need to Ride a Motorcycle?

The State of California offers two types of motorcycle licenses. The California Vehicle Code provides detailed info on what kinds of self-propelled conveyances can be ridden or not on public roads. And it also covers how they are to be classified and regulated. The classifications for motorcycle licenses are known as M1 and M2.

These licenses differ from traditional Class A, B, or C automobile driver’s license. The M1 and M2 licenses are issued when you want to ride a specific motor vehicle. This license typically covers two-wheeled vehicles, giving them California street, tollway, freeway, and highway riding privileges. If you already have a California Class C license (a regular automobile is a class C license), you can operate a three-wheeled vehicle; no California motorcycle license is needed.

Due to the high risk of life-altering rider injuries, the state needs to ensure two-wheeled vehicle cyclists’ arduous permitting process. So its issuance remains DMV involved, and so does the re-issuance of a California motorcycle license, which is harder when compared to a standard passenger car.

What is the Difference Between an M1 and an M2 Permit?

Good question. First, we must understand what these classifications are compared to a standard car or truck license. First, getting an M1 or an M2 appointment requires a minimum six-month waiting period. In other words, you must ride around with a permit before getting a permanent M1 or M2 motorcycle license. Understood?

Getting an operator’s license means the novice rider made it through the waiting period. Hence, he rode safely. Akin to a provisional license for a teen car permit, the M1 and M2 license permits give a chance to test and improve skills before they take the test for their real motorcycle license in California. So how can you tell the main difference between an M1 or M2 permit? For starters, teens will face no motorcycle license requirements for an adult riding with them, which they would have under a teen passenger car learning permit.

Class M1 and M2 permits enable a rider to operate motor-driven cycles, two-wheel motorcycles, and motorized scooters like a Vespa. The California Vehicle Code lists all vehicles covered under M1 and M2 status, which are for a motorcycle license. An M2 is a motorcycle license for slower scooters and two-wheeled cars. California law mandates that permits under Call M1 or M2 restrict the bike occupants to one rider. Also, no passengers are allowed. And operation must be during daylight times only.

So a class M2 is far more restrictive and:

A “motorized bicycle” or “moped” or a two or three-wheeled machine able to travel no more than 30 mph on a normal surface and equipped with:

Again, this is an essential permit before issuing a regular California motorcycle license. And we suggest you take a private rider training safety course too.

But get a license before daring the city streets. Also, the California motorcycle license applicant must be at least 21 years old and:

The California Motorcyclist Safety Program (CMSP), CHP administered, remains the only official state-approved training course for motorcyclists. After passing the course, you will receive a Certificate of Completion of Motorcycle Training (Form DL 389). You can seek a motorcycle test waiver from the DMV in certain circumstances.

How Does Someone Younger than 21 Get a Rider Permit?

I started riding off the road, and admittedly, I was 16 years old. But I had no permits. So I learned by doing. But I was not interested in street riding. And I still pause for thought before ever braving California surface streets. Especially if during rush hour on weekdays, I refuse to ride.

Some brave teens still opt for a chopper, or rice rocket, instead of a hot rod or cool car. Some teens, especially boys, imagine themselves in their Rebel Without a Cause Leathers, cool riding gloves, biker boots, and tough-looking helmets. The alluring look of a street warrior is magnetic.

Also, some teens come from low-income families. So they need cheap transport to and from school and their evening jobs. There is a process to get permitted and eventually licensed. But this is more arduous than obtaining a traditional CDL.

Before you take the exam, get written approval from your parents or adult guardians. Also, you must take and complete a driver’s education course. Next, you must show proof you attended an approved training school. Last but not least, the CHP requires that you pass their riding course. Here is a list of the CHP rider courses, as well as the class schedules. You can also use the website to schedule your testing.

What Does the California Highway Patrol Test You On?

When you are ready to take your CHP skills assessment test, there are many locations to choose from. You need to be wearing your riding gear and be prepared to roll. The test-examiners will question your knowledge of the bike, where the various switches are, and what they do.

=For example, you will need to know where the horn is, where the clutch and accelerator, gear selector, brakes, starter or kick start is on the vehicle, etc. Once you prove you comprehend the essential functions of the bike. You also need to know how to operate the turn signals and high and low beam lights.

Once you have proven you have a basic comprehension of the bike, you will be instructed to ride your motorcycle through an introductory course that tests you on the most common scenarios and judges your responses. It is smart to use a bike you are already familiar with for the test, if at all possible. A large or unfamiliar bike could mean you hit the orange cones and get disqualified.

Example of the CHP Testing the Harley Wobble

Above, you can see why the CHP is so concerned about a novice rider entering the roads. After all, they don’t want to arrive at a traffic scene and scrape you off the pavement. For that reason, the test is pass or fail. There is no grading system like A, B, C, etc. A no-pass means you start all over again. So you repay the fee, schedule a new date, etc.

The Riding Test Itself

This is only a necessary, noncomprehensive test. It is still vital and tests four critical rider skills as follows:

If you pass, you get to traverse the roads. But an M1 or M2 permit/license does not, by any means, insulate you from getting in a wreck. You can get a ticket if you do in an at-fault accident. But you may also lose your privilege to ride. You will probably only lose a point on your DMV driving record if you’re hit with a speeding ticket infraction and not felony driving over 100 mph. Because of this, you may see an increase in your motorcycle rider liability insurance rates.

Also, at least 12% of all reported crashes on the bike are due to unlicensed riders in the Golden State. And this makes logical sense. After all, at least a million vehicles travel the roadways at any particular hour of the day. The statistics show that non-permitted or non-licensed riders have an eight times greater chance of engaging in unsafe operation of their cycles.

It is simply reckless to go riding when you’re not properly permitted. Investigations could find you at fault if you cause a severe injury to another. Most of all, this means a long-term or permanent license suspension. But you could serve jail time. Criminal restitution may be in order too.

Can I Still Get Money if Injured and Not Properly Licensed or Permitted?

Our team of highly aggressive injury attorneys at Ehline Law Firm motorcycle lawyers says to use your brain when you ride. But if you ride without proper papers, you still can recover from injuries that were not your fault. So with or without an M2 or M-1, ehlinelaw.com has the experience, knowledge, and skill. And we can take your case all the way through insurance settlement negotiations to trial. We have a no-recovery, no-fee policy. All Los Angeles accident victims should call (213) 596-9642 or use our online contact form today.