How Can I Avoid Personal Injury or Arrest and Still Film Police?

Michael Ehline wrote a brilliant piece here dealing with personal injury avoidance and filming law enforcement. Check it out. Although we normally only deal in serious injury cases, often, civil rights cases become intertwined into a case of terrible injuries. For example, a bad cop may potentially use illegal, or unreasonable force to stop you from filming his/her brutality during detention or arrest.

Ehline Law wants to help consumers understand their rights and obligations while filming the police. By Michael P. Ehline, Esq. – First, let me start by saying that I love the police and that many of my Marine Corps brothers are now Deputy Sheriffs or CHP. I am pretty sure at least one Redondo Beach K-9 cop is also an inactive Marine. So the bad things I am about to say about bad cops, are about BAD Cops, not the good ones. In the Corps, we called them “sh+*birds.”

Now that is out of the way, let’s delve into the law. First, we will discuss the recording of non-police, so we can get a baseline and basic understanding of California privacy laws and then we will go to the police. So, in California, if you record a private person, and they don’t know, you are in trouble.

This remains true even if in public, or even a semi-public place such as out on the sidewalk, bike path, or eating establishment. So if the individual you are taping does not have “an objectively reasonable expectation no one is listening in or overhearing the conversation” you are in trouble.

Courts determine this on a case by case basis, based upon the reasonableness of the conditions. So this means you cannot merely assume that you are not breaking the law, when you make a recording of a person, under such circumstances.

The statute applies to “confidential communications” — i.e., conversations in which one of the parties has an objectively reasonable expectation that no one is listening in or overhearing the conversation. See Flanagan v. Flanagan, 41 P.3d 575, 576-77, 578-82 (Cal. 2002). A California appellate court has ruled that this statute applies to the use of hidden video cameras to record conversations as well. See California v. Gibbons, 215 Cal. App. 3d 1204 (Cal Ct. App. 1989).

In California, always try and get the consent of all parties before recording them, especially if it is reasonable to assume their communications might be “private” or “confidential.”

In addition to subjecting you to criminal prosecution, a violation could also trigger the California wiretapping law in a civil lawsuit for damages by the victim(s). (See also Cal. Penal Code § 637.2.) California’s wiretapping law requires “two-party consent.” In California, it is a criminal act, to record or eavesdrop on confidential communications, like private phone calls, private chats, without the consent of all parties to the conversation. (See Cal. Penal Code § 632.) See also https://www.citmedialaw.org/legal-guide/california-recording-law.

In California, recording all public meetings is legal. This legally means videotaping is allowed. Furthermore, an exception is when the state or local body holding the meeting determines that the recording disrupts the proceedings by noise, illumination, or obstruction of view. (Cal. Gov’t Code § 11124.1(a); Cal Gov’t Code §§ 54953.5(a),-.6.) *To learn more, see the “The Reporters Committee for Freedom of the Press’s Open Government Guide: California.” (Click Here.)

Ok, So Can I Record Cops?

The answer is not a simple yes or no. However, in California, it is well-settled law. With exceptions, yes filming is legal. But you can only film the police while they are on duty, and you can’t interfere with their official duties. (So look for bad cops trying to get in between the reporter and blocking their cameras, and then charging the photographer with resisting or obstructing them!)

Otherwise, cops are treated under the law as private citizens, subject to the same protections above, as anyone else. Other jurisdictions agree. The First Court of Appeals stated that it is ok for the general public to videotape employees, e.g., police officers, while working. This decision took place after cops were piecemeal arresting recording citizens while television news channels ran stories.

In California Can I Record The Police With Video?

The internet, especially YouTube, has shown both the good and the wrong side of the police, especially the TSA goons at the airports. Many agencies, although having received multiple citizen complaints against certain rogue officers, just chose to act as though there was not a problem.

And this is true even though their personnel ignored their sacred oath(s). Others do not make it online, because exercising their First Amendment Rights is harder. Furthermore, in other cases a cop stomps or confiscates the camera. It happens!

In the YouTube examples, you can see a man filming a police officer fiddling with his cell phone. And the police are threatening to arrest him for filming an event. They have surrounded the man and lied to him, telling him he needs an attorney. And they then attacked him, destroyed his property, demanding that he not record the police.

Conversely, in the second video, you also see a friendly cop who understands the law of “open carry,” and who also obviously does not object to the future YouTube video. So this may freak you out. Two cops were doing the reverse of one another. The question is, how legal is it to film the police in public?

There have been some individuals, who have been prosecuted for filming the police. Police charged them using old wiretapping laws, or with Penal Code Section 148, (resisting, obstructing, delaying…).

When All Else Fails Penal Code Sec. 148

PC Sec. 148 is the favored section bad cops use to charge people who the police had just violated, such as civil rights violations and excessive use of force. It is a common practice by bad cops to accuse someone they just beat, or broke, with a crime. They do this so they can get leverage in a future civil case if they are sued.  Plus this gives the police union some firepower when the bad cops are trying not to get terminated for being, well, a bad cop.

If an arrested criminal defendant pleads out to the false charge (no contest, not guilty, etc.) out of fear, or for lack of money to pay a lawyer, or are “strong-armed” by the public defender, etc., the officer can later argue reasonable force or methods were used. And that is res judicata, etc. in any future civil rights lawsuit. This is the favored method municipal police departments historically have used, and it is very effective at restricting the unalienable rights of the sovereign (you).

Now, these old wiretap laws were enacted in the past to prevent the recording of private conversations. District attorneys faced with prosecuting anyone arrested by police for filming, have only been able to find wiretapping laws to nail the citizen or try and use obstruction charges above. But of course, this is just a pretext and punishment. It's unjust and Orwellian, right? Well, Courts agree!

This attitude by overzealous prosecutors changed recently, with actions of the U.S. Supreme Court. This came when the court declined the pleas of the ACLU v. Alvarez. The court left in place a ruling by a U.S. Federal Appeals Court ruling. Here, the Appeals Court declared that Illinois wiretapping laws used for the filming of police violated the individual's First Amendment Rights. Amen!

This ruling was a decision that makes sense and is right? But UCLA Law Professor Eugene Volokh said there will still be problems. Professor Volokh expressed in a recent television interview; those police officers are not even sure what the law is. And this can lead to your arrest when you disobey the officer ordering the filming be stopped. He said the worst thing that can happen is being taken to the station, where you would be released a few hours later.

The good news is law enforcement officials are protecting citizens Constitutional rights. One example of this occurred during Thanksgiving weekend at an airport in Albany. A grassroots movement was there informing travelers about the dangers of TSA body scanner and filmed the encroaching pat-downs at the Albany International Airport. One airport official demanded the activists stop shooting, show their identification, and threatened arrest for breaking the law.

Local law enforcement arrived at the scene, where the sheriff told the airport official that the activists were not breaking the law. He could not arrest them or order them to show their identification. This is no surprise since the Sheriffs almost universally understand that many federal enforcement officials trample on individual rights as a matter of course.

The sad part about this is not all members of law enforcement will behave in this manner as did the Shire of the Reef above. In most cases, threats of arrest and intimidation by law enforcement is usually enough to make the activist or individual stop filming. The one thing to remember, it is legal to film the police.

No Charges for Obstructing or Delaying

At the end of the day, when tempers flare, you may never be able to avoid injuries when filming certain police. But if you are in compliance with your rights, duties and obligations as a citizen, the law is on your side. If you were were attacked while filming law enforcement, let us know. 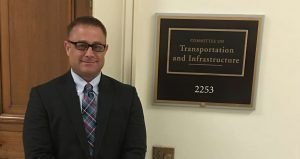 Jan 4, 2019
Is Jury Nullification Kosher in a Personal Injury Case?