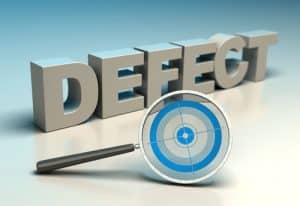 It is normal for parents to worry about the safety of their babies, especially after the Infantino baby sling recall notice caused by several injuries and deaths because of a defective baby sling.
Ultimate Guide to Compensation for Baby Sling Defects
Need a Lawyer?

The original three reports to LILLEbaby of children falling from these carriers didn’t involve injuries, so it took some time before the chest clip strap was recalled. Ehline Law Firm monitored these cases as our lead counsel, Michael Ehline, was close to getting his son injured due to one of these slings commonly sold at children’s stores.

Their mother pointed out the risk and refused to carry her children using the dangerous product. This makes us aware of the dangers we face in our everyday lives and encourages us to remain vigilant when using a new product to eliminate all potential hazards and losses, especially when dealing with children’s products.

Michael saved his child thanks to his expert knowledge of product defects. And now we are here to help you protect your loved ones from things like skull fractures or positional asphyxia from a dangerous product like an Infantino Slingrider and other unsafe consumer products.

If not, we can help you and your family get the justice you deserve from any number of manufacturers or retailers nationwide. Justice could be a free replacement product or money damages, depending on your potential case.

What Are Baby Slings?

Infant carriers are baby products commonly used by parents to transport their kids. They come in several shapes and sizes, perfect for parents to find the style they feel the most comfortable in.

Most parents used to choose their preferred style based on commodity. But after several infant deaths hitting the news, they’ve been advised to be more careful when selecting their baby carrier.

Some of the most common styles are the following:

This soft carrier features a padded shoulder strap, and people wear it in front of their bodies like a reversed backpack.

It is meant to create a soft and comfortable pouch for the baby, and these child carriers are commonly used by infants older than four months.

Wraps are called this because they consist of a long piece of fabric meant to be wrapped around the parent’s body and tied at the ends.

It is intended for younger babies, as it creates closeness to the parent and infant and can be used to breastfeed.

A shoulder sling infant carrier consists of a strip of fabric or sling strap secured over the parent’s shoulder and attached to their hip.

It is usually easy to put together thanks to the two rings at each end, and it is made of woven fabric, which tends to be used with newborns or a more developed infant-child.

This is the middle ground between the wrap and a baby carrier. This now recalled consumer product features all the design choices of the carrier but also two long pieces of fabric and shoulder straps that you can tie around your body. This option is more suitable for children older than six months.

Backpack baby carriers are the best option for older babies and toddlers, as they feature rigid frames and can be worn on the back. It is crucial that your baby already has neck control and can sit unassisted for long periods.

Baby slings have been thoroughly tested throughout the years, as they’re the nursery product that causes the most injuries and fatalities in America. This is because they’re prone to break and cause falls, damaging the baby’s head and neck and leading to deaths.

In previous studies that warned about the dangers of these products, scientists determined that 7.7% of all infant injuries were caused by falls related to infant carriers, making them a “significant source of morbidity.”

However, the baby sling has many more disadvantages than any other infant carrier, as it is one of the leading causes of infant suffocation death in America.

This is caused by the pressure applied to the baby against the parent’s body, which can cause them to suffocate to death within minutes. Although suffocation is commonly underestimated, it is one of the leading causes of death in children less than three months of age.

After conducting several tests, these scientists concluded that the following three aspects caused these deaths.

An infant sling can have several defects that must be fixed for its users to be entirely safe. Consumers’ most common defects are faulty straps, wide leg openings, faulty zippers, cloth tears, damaged hooks, weak stitches, and broken clasps.

Once the manufacturer realizes one of these product defects, they must recall them so that they don’t put more people at risk. The Infantino LLC recall is a famous case of a baby carrier voluntary recall, which recalled more than 14,000 infant carriers.

They discovered faulty buckles on the product, which could cause the carrier to break and the baby to fall. Still, the company hadn’t heard about any injuries caused by its carriers until the moment of the recall, but eight reports were made in stores nationwide.

This isn’t the only case of baby carrier recalls; Eddie Bauer recalled around 22,000 carriers in October 2018, as they also represented a fall hazard for children and several reported incidents.

Another famous case was caused by LILLEbaby, which recalled around 6,600 carriers that posed a fall hazard. LILLEbaby caused about three fall incidents, but no baby was injured.

Lenny Lamb is another baby carrier brand that recalled around 900 infant carriers due to faulty stitches that caused babies to fall.

However, the list of brands goes on and on, including:

This brings to light a severe manufacturing problem with baby carriers and makes us wonder whether there should be stronger safety standards during their production.

How Parents Can Safely Use Baby Slings

If you’re a parent, you probably want your child to be as safe as possible from the risk of serious injury or death.

Therefore, if you use a baby sling, you should follow these simple steps recommended by the Product Safety Commission CPSC before purchasing one:

The United States Consumer Product Safety Commission released several safety standards that all manufacturers and distributors, such as Babies R Us, must follow to prevent safety hazards over certain baby products it may have sold, including Wendy Bellissimo.

One of these standards includes warning labels and instructions that include the following statements.

Suppose you want to file a personal injury or wrongful death claim against an infant slings manufacturer such as Babies R Us. In that case, you can count on Ehline Law’s team of professionals who are ready to fight for your rights and give you the financial compensation you deserve.

Don’t contact Infantino or any other defendant until you call us toll-free to discuss your injuries. All you have to do is call (833)LETS-SUE and get a free consultation with one of our lawyer experts in personal injury and recall claims, who is undoubtedly ready to help you with your case.

Were Tom Girardi and Company Modern Scumbags?
Getting Proof Of Auto Insurance Existence And Coverage | Tracing v Suing
Locating My Source of Pain As A Brain Injury Victim – Moving Beyond
Rescission of Life Insurance After Death of Your Loved One
The Sad Truth as to Why San Jose Is Not Safe for Bicyclists
The History of Law School 101
Downtown Los Angeles Corporate Offices