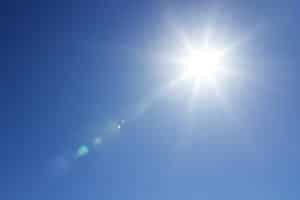 It is common to start experiencing slow loss of vision in old age, but what if you are young?
Ultimate Guide to Compensation for Blue Light Vision Loss
Need a Lawyer?

Perhaps your family history could point out genetics as a cause for your blurry vision, but what if your vision deterioration could result from a work-related injury or an accident?

If that is the case, Ehline Law and our California vision loss attorneys are ready to hold the responsible party responsible for your loss of vision and aggressively pursue compensation for the damages. We offer free consultations to all victims wanting to know if they have a legal case and their legal options.

Is UV and Blue Light the Same?

Many electromagnetic waves are invisible to the naked eye, but humans can see some small waves referred to as “visible light.” Blue light is one of the colors in the light spectrum visible to the human eye. They have a short wavelength but are high-energy waves, and they’re a bit longer and less powerful than UV lights, which is why humans cannot see UV lights with their eyes.

The sun is the original source of blue light. However, when looking directly at a setting sun, you see long red and gold light waves but not blue, as these short waves dissipate along the way before the sun reaches your eyes. The light from the sun also has benefits such as improved cognitive function, increased alertness, and mood elevation, among others.

Due to ever-advancing technology, there are many other sources of blue light besides the sun, and these include:

Common Causes of Eye Injuries in the United States

More than half of all jobs require a computer, and reliance on computers and other remote technologies has increased during the pandemic. Whether scrolling through social media on your phone or creating spreadsheets at work, more people are glued to their screens than ever before.

Sitting in front of your devices for long periods can lead to an eye injury or blurred vision, affecting your ability to see and significantly impacting your work productivity.

Too much exposure to blue light is more harmful to humans than good. Staring at the screen causes the eyes to absorb the blue light through a cloudy lens (cataract) into the retina, a thin layer of light-sensitive tissue. In large doses, consuming this type of light can lead to dry eyes, slow melatonin secretion, and increased hormone production, among other side effects.

Let’s look at how consuming excessive blue light can cause harm to your body.

Studies show that over the past few decades, people have experienced poor sleep quality, affecting their ability to fall asleep for extended periods.

According to surveys, those using digital devices before bed had difficulties sleeping, causing reduced melatonin secretion, disrupted circadian rhythm, and tiredness in the morning.

Too much screen time can increase exposure to blue light, resulting in eye and vision-related problems. It can cause discomfort, which increases in tandem with the screen time they engage in.

According to the Centers for Disease Control and Prevention (CDC), those receiving less than 7 hours of sleep daily are at a higher risk of high blood pressure, diabetes, and obesity.

Sleep helps lower an individual’s blood pressure, and inadequate sleep can cause higher blood pressure for long hours, resulting in the development of heart diseases, eventually leading to a stroke.

Sleep also helps control hunger and keeps it at bay. Lack of sleep affects the brain’s ability to manage appetite, resulting in the consumption of unneeded calories, which leads to weight gain and eventually obesity. In a recent study, female participants exposed to blue light experienced a 17% increase in body weight and a 33% risk of obesity.

Researchers are now studying the behavioral patterns associated with affective disorders and blue light exposure. They believe that the symptoms of exposure to bright light, such as disruption of sleep cycles, hormone secretion, and gene expression, affect an individual’s mood.

Today’s generation is more exposed to artificial light than the light coming directly from the sun, as many of us spend countless hours in front of a computer.

The American Macular Degeneration Foundation published a study that shows a direct correlation between blue light and vision problems. According to studies conducted by scientists, blue light is more dangerous to the retina in higher doses than other types of light, causing severe vision problems and, in some cases, permanent damage.

Besides the physical and mental damage that blue light does to an individual, it also hinders mainstream and social immersion, causing individuals to become more distant than ever before.

Who Is Liable for My Damaged Eyes?

Since technological devices with a screen emit blue light, unregulated electronic devices could cause harm to an individual, resulting in product liability.

Typically, exposure to such light in small doses is not harmful as modern devices follow safety guidelines and therefore do not emit high levels of blue light. However, defective products or negligent manufacturers can result in devices emitting too much blue light, causing severe damage to the eyes upon extended use.

If you believe that your damaged eyes are a result of blue light from your device, then you would need to show that there was a product defect. A defective computer screen can cause vision problems such as blurred vision. It is crucial to check the product for any improper labels or defects to establish liability for your eye injury.

Although there is conclusive evidence that extended exposure to blue light can cause strain on the eyes, there is no proof that blue light special glasses reduce eyestrain or prevent other side effects. Yet, during the pandemic, as the use of devices increased among the population increased, so did the sales of such glasses.

Currently, the research into whether or not these glasses are effective is in its early stages. Susan Primo, a professor of ophthalmology at Emory University, explains that digital overuse causes strain on the eyes rather than exposure to blue light. However, some patients already using these glasses report less eye strain. There is a need for more research on this matter.

Here are some essential tips that you can follow in your daily life to prevent the dangers of blue light overexposure:

Can I Experience Loss of Vision from My Car Accident?

It’s a common misconception that vision problem persist due to old age or eye injuries after the eye socket gets physically struck. However, loss of vision is a common side effect of head and brain injuries, and car accidents are one of the major causes of head injuries that can result in a loss of vision.

Some of the head injuries that can cause vision problems after an auto accident include:

If you’re suffering from loss of vision after your accident, head to an eye doctor for visual acuity and a complete eye examination to identify any injuries.

You may be eligible for compensation when you suffer from vision problems that last for months or even years due to an accident caused by someone else’s negligence. Call our California personal injury attorney and receive a free consultation on your case.

Ehline Law Firm is a leading personal injury law firm that helps people injured by someone’s wrongdoings. Whether you’re suffering from visual problems due to an accident or defective products, contact us at (833) LETS-SUE for a free consultation.