Just recently, three tourists from the United States of America were found dead at a resort in the Bahamas. Initially, their causes of death were a complete mystery. However, the latest report has revealed the cause of their death. According to the findings, poisoning from carbon monoxide became the reason for death for all three tourists. The surviving families will likely want to sue for wrongful death. But can they sue in a U.S. Court? Or will they be restricted to suing in the Bahamas?

Do the Bahamas even have a wrongful death statute? 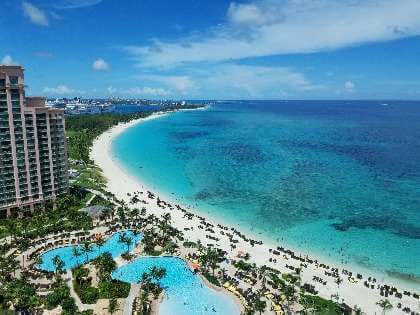 Dead Americans In the Bahamas

Learn about the three tourists from the United States of America and the mysterious causes of death while attending a resort in the Bahamas.

Details of the Victims

The people found dead at the Bahamas resort were 64-year-old Vincent Paul Chiarella (confirmed by his son, Austin Chiarella) from Florida, 65-year-old Robbie Philips, and 68-year-old Michael Phillips from Tennessee.

Michael Phillips and Robbie Philips were husband and wife, while Vincent Paul Chiarella’s wife, Donnis Chiarella, was also at the Bahamas resort. Luckily, Donnis Chiarella was found alive, but she was ill and in critical condition. The Bahamas resort they were visiting was the Sandals, Emerald Bay. They were reportedly found dead on May 6 inside their Sandals Emerald Bay villas at the particular resort.

The Toxicology and Autopsy Report

One of the local newspaper publishers in the Bahamas, Nassau Guardian, has been involved in covering the entire progress of the case. The publisher has reported that the respective departments have finished the toxicology and autopsy reports and shared them for review.

The examination of the medical team confirmed that the cause of death was carbon monoxide, which resulted in the poisoning of the victims. No more information has been shared or released on the matter by the authorities.

The presence of poisoning due to carbon monoxide suggests that a combustion source must be the main culprit in the case. It could be an engine or a combustion motor installed internally into the enclosed area.

As the Bahamas has a warm climate, a heating source is out of the question. If it is not the heating source, the head of the carbon monoxide could likely be a generator for the electric supply.

It is a high possibility that the combustion from an on-site generator for electricity generation could be the reason. It could have released enough carbon monoxide in its surroundings, causing poisoning.

The Tourist’s families are not satisfied with the autopsy, demanding another one. This information has been confirmed by the Health Minister of the Bahamas, Dr. Michael Darville. According to the minister, the investigation is still ongoing, and they are still looking into the matter. Checks and inquiries at the Sandals Emerald Bay resort are getting to the bottom of the case.

He also added that they found no traces of trauma during the autopsy and medical examination. Most importantly, they have never seen foul play in such cases. Austin Chiarella Talks about his Parents Austin Chiarella, the son of Mr. and Mrs. Chiarella, stated that his parents were so happy and excited before they left for the Bahamas.

They were visiting the Bahamas to celebrate their wedding anniversary. He revealed that he had never imagined that something like this would happen to his parents. Austin revealed that his mother could not move as she woke up and saw his dad on the floor. His mother said that she felt her entire body was swollen, and she had to scream for help.

The Bahamas Police Commissioner, Paul Rolle, has also confirmed that none of the victims had eaten food from the same place before eating. They all went to different places, and the timings of their treatments were also different.

Prime Minister Chester Cooper said the cause of death is unknown but suspected no foul play. It is expected that more information may soon be released surrounding the matter by the Bahamas’ local authorities.

Assuming there is a Bahamanian Wrongful Death statute, plaintiffs and defendants will face many jurisdictional and financial hurdles like dismissals for forum non-conveniens. The bottom line is the parties will face a conflict of law issues and diversity issues over the rights and duties of the parties. (Here is a sample brief of how to sue Sandals) Only a crack team of legal experts can take on Sandals. Are you ready to sue? Let’s go!

Schedule a Free Consultation With a Personal Injury Lawyer Today

Believe it or not, even though the families of the three Americans found dead may be hard-pressed to sue a foreign hotel in the Bahamas, their loved ones may have a solid wrongful death claim against other parties.

These may be defendants in the U.S., including travel agents who sold the tickets to the Great Exuma Island resort or American-based sister companies of the hotel. Don’t let the statute of limitations expire by sleeping on your rights. You could be entitled to significant financial compensation for this health emergency with the help of our superior personal injury attorneys in Los Angeles.

To learn more about your rights to sue and recover wrongful death compensation, call the serious injury attorneys in Los Angeles at Ehline Law Firm today. Call us at (213) 596-9642 or feel free to use our convenient online contact form for identification purposes only and prompt return phone call.