How the 40% Bar Passage Rule Hurts the Less Fortunate 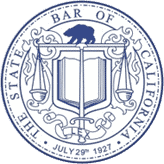 As a graduate of the California State Bar Law Office Study Program [1, LOSP /become-lawyer-law-degree], I always get concerned when I see laws/regulations that make it harder for those less fortunate or less gifted to have equal opportunity (note I did not say “similar outcome.”) So this new proposal has me taken aback.

What Exactly Is The Bar Exam?

The California State Bar examination is designed to check a law school or Law Office Study Program graduate’s knowledge of fundamental, general law and ethics. The actual Exam is administered by the California State Bar, Committee of Bar Examiners. The newly graduated lawyer must pass the Bar of their state to practice law. Unless there is a common rule in place, the lawyer can be waived into that jurisdiction’s Bar.

First, I wanted to point out that law schools don’t teach the Bar Exam. Law schools teach general legal principles. Also, Socratic types of classroom discussions are the norm today. Sadly, these discussions do little to help a person pass the Bar Exam, in my opinion. This comment above does not say the conversations and arguments are not helpful.

Law Schools Do Not Teach To The Bar?

Why do I think this? The answer is quite simple: I passed the First Year Law Student’s Exam before entering a law school classroom. I stayed in the Law Office Study Program even after UWLA waived me into law school. But when I was there, I could not understand why the essays weren’t structured more like Bar Exam questions.

I asked professors, “why aren’t you teaching us stuff on the Bar or how to write essays like on the Bar.” I was met with the usual. “Law schools don’t teach to the Bar; that is what a review course like BARBRI is for” [3. What is BARBRI?].

So when I attended law school, here is what I found:

My findings were that these students were just as smart, if not more intelligent, than kids at top-tiered schools but did not have the time, money, or resources (wealthy parents, etc.) to get into the “better schools.” So I wouldn’t say I like laws that require a law school to have a special bar passage rate. In my opinion, this will cause many law schools to not take on the risk of those less fortunate, such as ESL and single moms, discussed above.

The Southern California Institute of Law filed a federal lawsuit. The filing was over a rule requiring state-accredited law schools in the State of California to maintain a bar passage ratio of at least 40%. The lawsuit was filed against 22 sitting and former members of the Committee of Bar Examiners on February 4th. This case was filed in the U.S. District Court for the Central District of California.

The lawsuit claims that the newly adopted bar passage percentage and the committee’s authority in overseeing state-accredited law schools are unconstitutional. The school alleges the committees violated its internal procedures and claimed the committee members have a vendetta by taking this rule.

This new rule will help the top schools and shut out a lot of unused potential admittees, based upon my finding. And the complaint by the school is a total of 42 pages detailing the due process and free-speech violations, while the focus is on the bar passing percentage rule.

The Bar adopted this rule in December. Also, this bar pass provision applies to a cumulative passage rate for five years. And it’s also retroactive. Before passing this rule, the committee debated setting bar passage rating requirements at all.

The Notice of Noncompliance.

This new rule will mean that schools that do not meet the 40% pass rate the committee decided on this year will receive non-compliance notices. The non-compliant schools under this rule will face probation and possible loss of state accreditation by 2016. The committee had considered the bar passage ratio earlier. But minimum ratios were never set in any event.

Committee Chairman Sean McCoy stated in The California Bar Journal that the changes they made were to help the committee determine the quality of education provided at the state-accredited schools and clarify their expectations. The State Bar declined to comment. Out of California’s 18 accredited law schools, many administrators opposed the cumulative pass ratio for first-time bar exam takers. The rate was 11 percent for those repeating the bar exam.

Hurts The Poor And Disadvantaged?

Dean Stanislaus Pulle of the California Institute only said in a comment, “We live in a nation of laws.” The law school claimed the compliance rule was unfair. In that case, Santa Barbara and Ventura, California, offer part-time night programs. So many students remain older, of modest financial means, and working parents.

So they would possibly lack access to expensive prep courses. This rule would mean the school would need to alter the curriculum. Instead, the suit alleges they would need to focus on bar exam preparation. It also says they need a stricter admission policy to be compliant.

The school alleged it could suffer since it didn’t know it would meet the percentage in advance. Also, they claim the 40% ratio is arbitrarily selected. Plus, no evidence exists that the bar passage rate has anything to do with the quality of the school’s education program.

The school says the legislative and executive branches should provide regulators with accreditation standards. The school claims it is unfair to let a panel that functions on behalf of the California Supreme Court decide the fate of law schools. So the school challenged the committee’s regulatory authority.

The lawsuit claims the legislature provided no literature in the policy guidelines. Nor did the policymakers provide directions for implementing the new policies. The suit said the defendants acted without legal authority.

Hence, their actions are a violation of state constitutional prohibitions. After all, it is unlawful to allow judicial and quasi-judicial rules when a legislative method exists.

The suit claims that they were trying to get rid of Pulle. Numerous individuals with the committee have worked to prevent securing a curriculum waiver.

The committee attempted to get rid of Pulle. Pulle received his education in the United Kingdom. So they introduced a mandate that only U.S.-trained lawyers can serve as law school deans.

The faculty of law requested an injunction to enforce the bar passage rule. And they are asking for damages. What do you think? Why not make law schools into a BARBRI course and get a 99% pass rate? Sound off. Is this a fair decision?