I Suspect Financial Abuse of a Senior Citizen — What Must I Do? 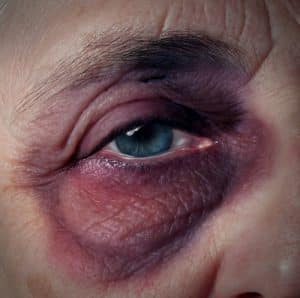 Much stuff is coming out of NY and California lately in the senior citizen abuse realm. Here is one about a lawyer and client conspiring to steal for a senior. New York socialite Anthony D. Marshall defrauded and stole from his elderly mother. Her name was Brooke Astor, a philanthropist. Astor won the “swindle trial.” [1. Read More.]

Detailed reports materialized showing that Marshall conspired with attorney Francis Morrissey. They illegally amended Brooke Astor’s will in his favor. Sadly, they stole millions without consent. They even absconded with valuable paintings taken off her Park Avenue home’s walls. During this time, she suffered.

The evidence revealed a pattern of greed, neglect, misfeasance, nonfeasance, and malfeasance. Incidentally, in California, financial abuse of seniors is often mentioned in the news[2. financial abuse], including financial exploitation of the elderly. [3. elder financial abuse] This is not limited to New York by any means.

Another story mentioned in Consumer Reports is that of Elise Brooks. She is a 72-year-old. Sadly, she sold her mobile home and moved in with her daughter and granddaughter in Monterey, California. Allegedly she did not want to handle her finances any longer.

They drained her of an annuity worth approximately $90,000, her jewelry, and furniture; if this wasn’t enough, they dumped her in a nursing facility. Mother and daughter were both convicted of grand theft and financial abuse, both felonies, and two counts of misdemeanor elder abuse. During the summer, the California court of appeal stayed one of Schoenbachler’s misdemeanor charges. Ventura, California Superior Court Judge Colleen Toy White said financial abuse is the “ultimate betrayal.” [5. Ultimate Betrayal is Abuse]  These cases are among the worst.

Examples of Other Scams:

New scams by strangers involving the elderly include scenarios like sending an e-mail telling them they won a free vacation or Somali cons [6. Somali E-Mail Scams], including but not limited to:

What is far worse and not as commonly heard about is the deception by neighbors, friends, employees, and relatives. The people most entrusted to provide protection and care for seniors.   This kind of abuse can be emotional. Also, it remains financially devastating to the senior. [7. The devastation to Elders and Economic] Experts say that this behavior will likely increase due to the stalled economy and many aging populations.

And this remains a primarily unreported crime. And seniors may not even recognize what is happening to them. Also, they could be ashamed and embarrassed. So this keeps them from speaking out. Remember that elders are far more gullible and susceptible to this type of abuse (Source.)

In New York, in 2011, a randomized telephone survey [<<< See PDF here] was released, in which seniors mentioned being financially exploited more frequently than any other kind of abuse. Manhattan Assistant District Attorney Elizabeth Loewy was the lead prosecutor on the Marshall/ Astor case. She says that almost every time she lectures on financial abuse, people approach her with their own stories. (Read more.)

Classically in elder abuse cases, the predator will isolate the older adult to create an environment where they fear the abuser or love the abuse.

All these scams are occurring more than ever. Crimes involving lawyers, nurses, and even doctors, who are in close contact with seniors, are also rising. Many cases we have dealt with involve a friend or family member ripping off a relative!

Famous Cases in the News

Actor Mickey Rooney made news in July of 2012 in a battle against his stepson Christopher Aber, age 52, and his wife Christina Aber, age 42, for Rooney’s emotional, verbal, and financial abuse. Rooney alleged his stepson and wife deprived him of his medication and isolated him by stopping him from leaving the house. This behavior occurred over an alleged ten-year period.

Court documents filed by attorney Bruce S. Ross and attorney Vivian L. Thoreen on behalf of Rooney alleged that Abers was liable for leaving the 90-year-old actor powerless over his assets and personal life. At one point, Aber got ATM debit/credit cards in the name of Densmore, Rooney’s company, and then used them regularly for his benefit. The filed petition said Rooney was unaware of credit/debit cards.

In March of 2011, Rooney testified in front of Congress, saying he had felt trapped, frightened, and helpless. And that was a terrible feeling for a man. Rooney’s current wife is the mother of Aber and is denying the actor’s claims of elder abuse by her son.

A year prior, Rooney had attorney Michael Augustine appointed to be a permanent conservator of his estate and placed a restraining order against Christopher and Christina Aber. Aber had stolen her identification cards, passport, insurance cards, Screen Actors Guild membership, and Identification cards.

Annual estimates show that 6 million elderly citizens face abuse. According to the National Center for Elder Abuse (NCEA) figures, in 2005, between one and two million elderly (over the age of 65) were mistreated, injured, or exploited by caregivers upon whom they depended. The organization estimates that for every case of elder abuse reported, five points go unreported.

Mail: Never leave mail in unsecured mailboxes. Also, shred any documents with identifying information. Take pictures of your valuables and jewelry. Lock these photos and small valuables up in separate places. Doing this makes the insurance claims process more comfortable as well. Check pawn shops if items are stolen or missing.

It is essential to safeguard older relatives and ensure they can go out when needed. Elder abuse remains associated with physical and social isolation. Unplanned, regular visits help identify undue influencers. Also, seniors need to have outings. Seniors should regularly visit friends, clergy, neighbors, and volunteers.

On February 12, 2013, Florida began the South Shore Coalition for Mental Health and Aging annual seminar. The 12th will start the first of the series in the symposium to discuss elder abuse’s critical issues to family members, caregivers, and other professionals.

The coalition and the NCEA hope to bring public awareness to elder abuse’s growing problem that they say is often overlooked.

The Bureau of Justice Statistics backs up their concern, showing that the number of elder abuse, neglect, and financial exploitation as of 2010 revealed at least 10 percent of senior citizens had suffered some form of abuse. Their statistics also show that most elderly abuse victims are female senior citizens.

Be alert to the elderly person who has a new “best friend” if they never seem available or can come to the telephone. Be suspicious if the senior does not want to contact others unless their caregiver is present or becomes socially isolated.

Gwendolyn Swank worked all her life in Lincoln County, Maine. A six-year neighbor had manipulated and stolen from her. So she lost her nest egg of over $300,000 in assets. Also gone were her monthly security checks. When it was all said and done, Swank had.37 cents remaining in her bank account.

A Betrayal of Trust

In 2004 Swank’s neighbor Rodney Chapman became the older woman’s best friend. The now 85-year-old said she worked hard to put away a “good portfolio.” After all, she needed something to depend on in her old age. Also, she never believed Chapman would take her for a “ride.”

Swank was the manager of a mobile home park, where Chapman and his family were her neighbors when he fell behind in his payments. This lapse started in 2004 when she let him work off some of the debt, mowing lawns and doing repairs. Chapman’s terrible state left his longtime neighbor after working as a financial bookkeeper for most of her life.

Chapman is behind on payments to credit card companies, her landlord, Central Maine Power Company, and the IRS for the money withdrawn from stocks and IRA accounts. At 85, Swank went back to work at a local business, the first part of this year to help pay off her debt, including the $60,000 for taxes from the withdrawal of money from stocks and IRAs. Lincoln County District Attorney Geoffrey Rushlau said Swanks’ case differs from many other cases, where a family member is usually the abuser.

This family member borrows money and never intends to pay it back to the older adult. Swank remained deceived, terrified, and isolated.

Swank had concerns over a 1999 drug bust near her home. Chapman lied for years, saying he had Texas Ranger law enforcement connections with a judge and could help rid drug activity from the area. But he needed money for transportation, lodging, and disposal of the drug dealer’s bodies.

Swank said she believed the stories, even know knowing how they sounded. Chapman staged fights outside, pounded on her trailer, and would not let her use her telephone. He took her phone with him, restricted Swank’s use of her car, and restricted her visitors, telling her it was for her safety. In another instance, Chapman talked Swank into a business venture where she would be the bookkeeper. He convinced her to purchase an auto repair and recovery business.

Swank paid for the tools, a welder, and an expensive trailer to haul cars. Sadly, the business never forked over a dime. And now she remains unsure the industry ever existed.

The detective also said one of the calls was from a business where Swank’s checks were bouncing. But Detective McFetridge said that Swank was not ready to discuss the situation.

Of particular interest, the end came when Swank gave Chapman a deadline to return some of the money, and it passed. So after that, she told the deputy. Chapman admitted to his crimes after his arrest. And Detective McFetridge believes others participated in Swank’s financial exploitation.

According to Washington D.C. Superior Court’s Probate Division Judge John Campbell, overseeing cases for incapacitated adults or adults needing guardianship, there are more elder abuse cases than ever. Also, Judge Campbell believes this is because people are living longer. However, they become targets since they remain frail and have diseases and dementia.

The National Center on Elder Abuse has links to state directories of helplines, elder abuse prevention resources, and hotlines in all 50 states and the District of Columbia.

AARP’s Scams and Fraud is the latest information on fraud and scams against older adults.

AARP Money Management Program is a service that assists seniors and individuals with disabilities with limited resources by pairing them up with trained money management volunteers. The service helps older persons control their finances, pay bills, and balance checkbooks. It also focuses on individuals deemed incapable of dealing with their funds. Twenty-one states and the District of Columbia offer some programs.

Better Business Bureau Scam Stopper info is found here on common scams and the instructions for reporting scams. It is also possible to sign up for scam alerts on the website.

The Consumer Financial Protection Bureau Office of Financial Protection for Older Americans receives and investigates consumer fraud complaints with credit cards, bank loans, mortgages, and other financial fraud. National Academy of Elder Law Attorneys has a search for lawyers who specialize in elder law, including a durable power of attorney, estate planning, conservatorship, elder abuse, and other legal services. Telephone 703-942-571.