It was Saturday afternoon when a bicyclist was found dead in Griffith Park. Upon investigation, it was confirmed that the bicyclist was a 77-year-old man who became a victim of a hit-and-run crash caused by a car that was speeding and ran a stop sign 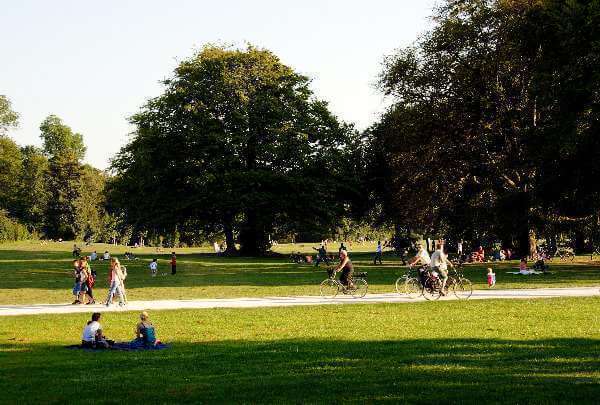 Further investigations into one of the fatal motor vehicle crashes have revealed that alcohol consumption was the major factor behind the crash.

It was at 3:45 pm when the fatal crash was reported. The investigation team revealed that the collision occurred when the bicyclist was heading toward the north side of Crystal Springs Drive.

Many motor vehicles share the road with motorcycle riders and bicyclists here. This area has had many serious injury accidents and fatal crashes, especially involving young drivers and motorcycle operators over the legal limit.

The information about one of the motor vehicle crashes and traffic fatalities has been shared by the Police Department of Los Angeles. The police investigation revealed that the hit-and-run motor vehicle was a BMW, and the car’s color was gray, which struck the victim.

The 77-year-old bicyclist could not bear the shock and wounds from the crash and died on the spot due to vehicular manslaughter. The police department revealed that the driver ran away from the bicycle accident scene right after the crash.

Right after making it out of the car, the driver ran away without coming to the bicyclist’s aid, according to the first police officer reports. The driver ran away and didn’t even identify himself, setting far aside from the blood alcohol concentration test.

Although running a stop sign and speeding would typically be a traffic infraction, when you kill someone with and have a high blood alcohol concentration (BAC), you take other lives into your hands.

When you drive drunk, e.g., have too high of a blood alcohol content in your blood for your body weight, your reaction time slows. This driving behavior risks traffic safety, often leading to injuries and property damage insurance claims. So the effects of alcohol, especially with a vehicle driven by a teen, could be catastrophic to any passengers or bystanders in the danger zone.

Just when the accident occurred, some eyewitnesses came to the motor vehicle crash site and identified the driver, a person who will likely commit jail time. Once the officers arrived, the eyewitnesses confirmed the driver had engaged in high-risk driving behavior, endangering traffic safety.

After the identification, the officers arrested the driver who was the reason for this fatal crash. The officers booked the driver for vehicular manslaughter’s suspicion.

The investigation into this alcohol-consumption motor vehicle crash has confirmed that the officers identified that the driver was intoxicated. It is unclear why the driver failed to use a designated driver or whether the motorist carried liability insurance.

How could he see any traffic signs, or how could his driving ability, call it impaired blood alcohol content driving, not cause such a traffic crash? Such are drunk drivers who cause traffic crash incidents and pedestrian deaths.

Upon investigation, police confirmed that alcohol consumption was the reason for the crash, with fatal injuries. The police are yet to provide more information surrounding the intoxication of the driver, motor vehicle, and the crash. One thing is sure. The autoist must stop drinking, as alcohol remains banned in prison.

Details of the Suspect

The investigation report confirms that they have identified the alcohol consumption suspect as Jairo Martinez, who is 37-year-old. Police also confirmed after a blood alcohol concentration (BAC levels) test was conducted, drunk driving was confirmed.

The suspect is still under custody for driving under the influence, and the booking records show he is on bail of $617,500. After the incident, a temporary memorial was placed at the crash site for Jelmert to remember victims of traffic accidents and fatal crashes.

The particular memorial site now has a ghost bike that is placed near the crash site, which will remind us of bicycle riders and motorcycle operators involved in fatal crashes.

A Similar Incident from 2013

This is not the only time an accident caused by alcohol-impaired drivers or drunk drivers has taken place at Griffith Park. In a motor vehicle incident, a bicyclist suffered a fatal injury and lost his legs after a car crash and amputation. Damian Kevitt was also among the victims of drunk drivers who lost his legs to one of the fatal crashes back in 2013.

Damian Kevitt was also a bicyclist who was a regular at Griffith Park. His legs were lost in a fatal injury when a car ran into him; now, he represents the cyclist community. Our bicycle accident attorney in Los Angeles has long supported his efforts.

He started his own organization named “Streets Are for Everyone” in support of cyclists and advocates for the rights of cyclists. He has been condemning the fatal crashes caused by drunk driving suspects.

On a number of occasions related to fatal crashes, Damian Kevitt has opened up about the activities of cars, drunk driving behavior, and unsafe driving of the drivers at Griffith Park.

He has urged that the park is for those who come here to enjoy and have fun, not impaired drivers. This is no place for drunk driving adventurers with impaired driving ability and traffic fatalities.

This area is not a place for people to be scared and fear for their lives while they walk along the road, cycle, or drive any such vehicle safely. They must not be afraid of a fatal injury or being a drunk driving victim in any other way.

Nithya Raman, the Councilwoman of the city of Los Angeles, also shared her grief over the recent incident of drunk driving, impaired driving, or driving after illegal drugs.

As per Raman, she was devastated when she came to learn about the motor vehicle incident. It resulted in taking the life of an innocent, and something like this should never ever happen to anyone. Have you or a close loved one been in a Griffith Park traffic accident?

Who Is Ehline Law Firm?

Michael Ehline of Ehline Law Firm frequents this area and has witnessed traffic safety violations and near-death incidents. The effects of alcohol can leave a lasting impression, resulting in serious injuries and wrongful death claims.

Often, the hit-and-run driver fleeing the scene is uninsured, making it impossible to secure an award of financial damages on behalf of the surviving family members. While the criminal spends time in prison, the car accident victim loses everything, files for bankruptcy, or even commits suicide.

So what can you do? For one, the city may have some liability here, and private actors may face liability for allowing a dangerous condition and not taking preventive measures. The problem is suing the government is not an easy task. You will need top-notch personal injury attorneys who can obtain an award of maximum financial compensation on behalf of the injury victims.

We will tell you our opinion and explore your options. If we form an attorney-client relationship, we will investigate the defendants. For example, we’ll look at risk factors and the accident scene. We will order copies of the police report describing the influence of alcohol symptoms. If the defendant disputes your injuries, we’ll make sure there is evidence you were wearing a seatbelt if you were in a car, for example.

We will engage in insurance company negotiations and pursue other deep pockets to ensure you get maximum financial compensation. Our Tier 1 Los Angeles personal injury attorneys are competent, swift, and respectful. We work towards total victory on your behalf. Get a free consultation today. Call us at (213) 596-9642.