In a 1995 edited text called “Brain Asymmetry” by Richard J. Davidson, the author discussed a research review titled “Cerebral Asymmetry, Emotion, and Affective Style.” In his study, Mr. Davidson traced a stream of research. He concludes that during Alpha Wave activity, the right brain hemisphere frontal lobe directly correlates with specific emotional and physical functions within the body.

Some of the changes included mood, avoidance behavior, separation anxiety, approach performance, and immune disorders. One problem with the study is that this research does not address the enhancement of intentional right lobe frontal Alpha Wave changes on function, emotional experiences, and lifestyle.

However, from an empirical viewpoint, this review presents the implications and possibilities that EEG training may shift the depressed individual’s mood into a more positive direction.

Humans have written about treating the symptoms of depression in humankind for as far back as written history has been included in medical studies, so finding a solution to an age-old problem can be thought of as essential to the population's health. Although there are no reports to support or deny EEG biofeedback's effectiveness as a treatment in depressive disorders, many strong anecdotal cases suggest the possibility is real.

Preliminary indications find that depressed patients can consciously learn to shift and enhance their right frontal region alpha amplitudes. Additionally, the depressed mood is replaced with a more optimistic thought and a more transparent emotional process. Once a patient becomes skilled in the alpha shift, they may report significant mood elevation in just a single session.

EEG Biofeedback’s Treatment of Depressive Disorders Health care professionals has used biofeedback treatment modalities since 1969 to treat various human disorders. While some of the procedures proved useful, others provided a more subtle yet still powerful change in the body as the brain wave modulations were altered. Some of the changes included blood pressure, vasodilation, heart rate, pain elimination, and muscular rehabilitation. Researchers were also able to demonstrate the potent efficacy of treatment for anxiety disorders such as panic attacks and medical conditions, including Raynaud’s, migraines, and incontinence. One area of biofeedback therapy that has proven to be a disappointment has been the treatment of depression.

Use of EEG Biofeedback To Treat Attention Deficit Disorders.

Such a hyperalertness to distraction makes it nearly impossible for them to remain attentive in the classroom, and school performance often suffers as a result. Chemical stimulants have been the traditional treatment for ADD/ADHD for some time. They have been effective in producing impressive cognitive and behavioral effects. Nevertheless, the use of stimulants can also have lifelong negative consequences for children who rely on them to increase classroom attentiveness in the relatively short term.

Therefore, researchers have attempted to find an alternative ADD/ADHD treatment that produces similar results while reducing or eliminating stimulant medication's adverse side effects. After numerous studies showing positive results, they have concluded that neuro-biofeedback with EEG may be the solution they seek.

The stimulant medications used in treating ADD/ADHD belong to the amphetamine family. Doctors are careful when prescribing such drugs to children in doses that are safe and effective. Nevertheless, prolonged use of stimulants to treat symptoms of ADD/ADHD could make a child more susceptible to addiction in the future. One aspect of addiction is a dependence on the drug. This can be physical or psychological.

Without meaning to, society has encouraged children's dependence on stimulants to control ADD/ADHD symptoms by nonverbally sending the message that self-control is impossible for the child without the medication. The child may internalize this message and subconsciously convince herself that she "needs" the cure to function. Another downside of using chemical stimulants to treat ADD/ADHD is that, while they can help a child focus his attention in school to learn, it may make the information inaccessible except when the medication is present in his system.

Patients Because of the biological basis of ADD/ADHD, it is possible to measure the brain waves of affected children with an electroencephalogram. Patients with attention deficit disorders demonstrate a consistent, identifiable brain wave pattern—their slow-wave shows high amplitudes. Distractibility in attention-deficit patients is associated with high Theta amplitudes. On the other hand, people who demonstrate concentration and focus tend to show peaks in the low Beta amplitude of 12-15 Hz. EEG is not only useful for identifying brain wave patterns that occur in ADD/ADHD patients. It can also be utilized in biofeedback to help the patient learn to control her symptoms. Research has proven biofeedback to show good results in treating ADD/ADHD patients, comparable to the effects of stimulant medications.

The purpose of EEG biofeedback for ADD/ADHD patients is to train the patient to modify the amplitude of his slow-wave pattern. This is not a quick fix but a time-intensive process that takes place over multiple sessions. The number of sessions required varies by the patient; some require as many as 40, while others may need as little as five. Brain injury victims may have different variables, as well. For example, an NFL player or high school football player could already have CTE. Some patients have begun to show positive results after only one session.

Nevertheless, as a general rule, a patient with ADD/ADHD often needs more biofeedback training to receive the desired result than patients with other conditions on the attentional disorder spectrum with motoric symptoms. Biofeedback produces good results for patients with ADD/ADHD. Because the modality is noninvasive and nonchemical, it does not make the adverse side effects that stimulant medications can.

The risks involved in using biofeedback are practically nonexistent. Rather than teaching children to become dependent on stimulant drugs to control their symptoms, biofeedback shows them how to become self-regulating. The biofeedback sessions' ultimate goal is to gradually teach the patient how to produce the same results independently, without the need for EEG biofeedback. This helps to decrease symptoms and improve concentration, attention, and learning ability. It also helps to improve self-esteem in children who use biofeedback for ADD/ADHD symptom control.

Research Joel Lubar, Ph.D., began researching EEG biofeedback on children with attention deficit disorders 15 years ago. His research showed that the IQ scores, grades, and overall behavior of children with ADD/ADHD improve when they learn self-regulatory skills through biofeedback. Further research shows that the improvement in attention-deficit symptoms from EEG biofeedback can continue into the long term and a short time.

After treatment, Michael Tansey, Ph.D., substantiated the treatment's longevity in a 10-year follow-up report on the patients involved.

Case Study Of An Individual Patient.

One 12-year-old girl received a recommendation for EEG biofeedback following a moderate attention deficit disorder diagnosis without hyperactivity. She was identified as a possible candidate due to her mother's report of academic performance problems and school maladaptive behavior. An EEG confirmed the typical brain wave pattern.

Following seven weeks of EEG biofeedback sessions, the patient's improvement in school performance impressed her teacher, who was not aware that treatment took place. Though the course required multiple sessions, the patient began learning to suppress her high Theta wave amplitudes within the first session. EEG monitoring supported the girl's subjective report that her high-amplitude.

Theta activity returned to previous levels when the effort to control it during biofeedback decreased. This evidence, along with other studies, supports the use of biofeedback as a valuable modality for treating conditions along the attentional disorder spectrum in children. Evidence suggests that with a separate 40-minute session of EEG skill building, the patient can alter their mood disturbance.

However, it should be noted that up to seven sessions are needed per week to produce the best results. Using the same procedures less frequently can cause a rebound depressive experience while still learning how to utilize the alpha shifting skill. Studies show that neurofeedback programs produce mood elevation effects lasting between 24 and 72 hours, repeating the process that often will reinforce the concept before a rebound occurs.

Also, preliminary reports show that 30-40 therapy sessions may be needed before the patient has developed a normalizing process. As the patient creates the ability to recognize threatening situations and control the mood elevation with enhanced skills, they will also be more apt to engage in home practice to maintain the effect outside the therapist’s office.

Therapy is about positive reinforcement and uses a tone to let the patient know when they have moved the brain wave in the desired direction. At first, a one microvolt shift in the right hemisphere alpha amplitude is rewarded. Still, as the patient builds their ability, the movement must become larger to obtain a joyous reinforcement sound. Thus, the patient learns to alter the brain wave more quickly in the required direction. Biofeedback is still being studied, and controlled research is being done to confirm the procedure's value in the effective use of shifting alpha brain waves to control depression. Brain injury lawyers worked with doctors when a coach or another party was negligent in causing or worsening a condition like this. Time will prove valuable answers as to whether biofeedback helps in controlling depressive mood disorder. One thing is sure; the Statute of Limitations will not stand idly by waiting for science to help prove your injury claims. 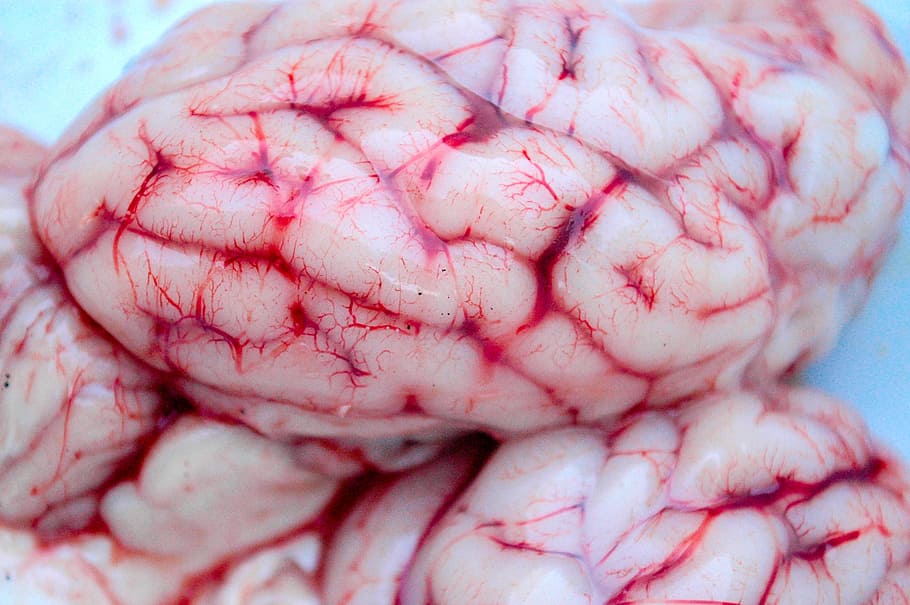 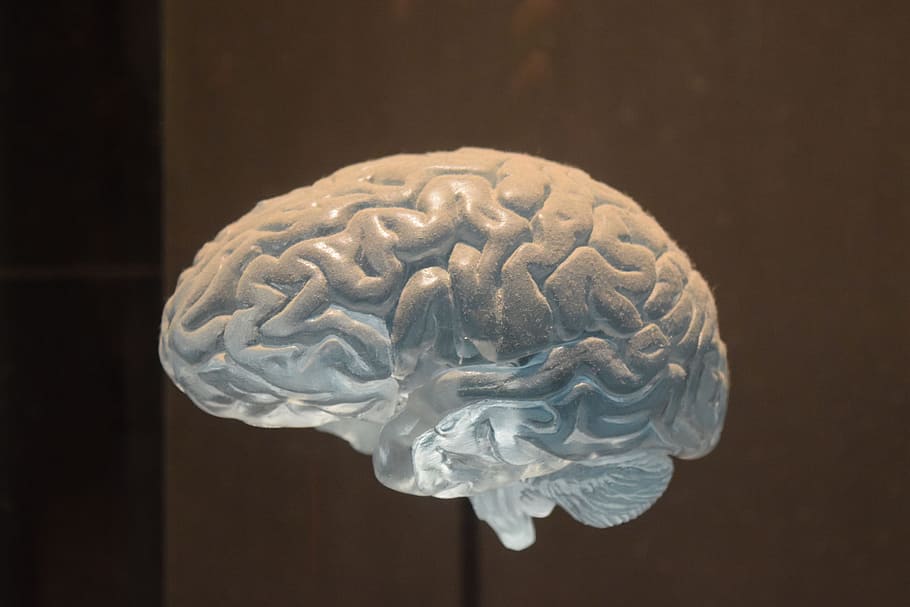 Nov 8, 2020
Locating My Source of Brain Related Pain – Moving Beyond