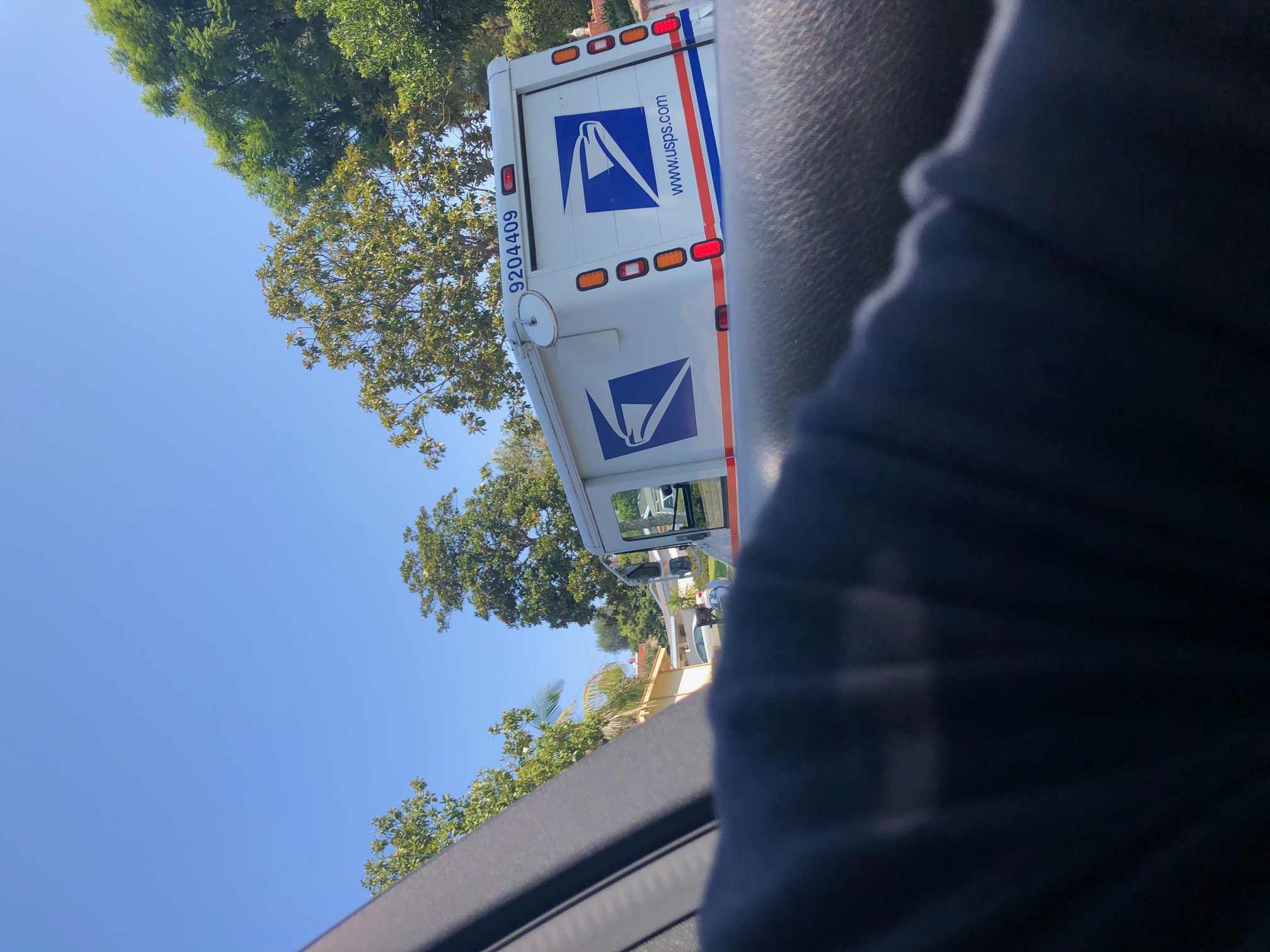 First off, our legal practice deals with personal injuries like slips and falls and car accidents at the post office.

So Post Office cases we do handle are those where:

But as a general rule, we don’t do federal worker’s compensation cases.

Cases involving the Post Office we DO NOT handle include:

We do not sue the U.S. Post Office except in sporadic cases, such as when a postal truck runs someone over or causes a car crash, for example. That being said, we are experts in certain areas of the law when dealing with letter carrier types cases. And we have been successful in a few premises liability claims for slip and fall, but this is the exception to the rule to stay away from the Post Office as a litigator. I am attorney Michael Ehline and I am going to discuss the realities of using the USPS. But this information is for informational purposes so you can learn your rights against the Post Office.

First of all, anyone harmed by a federal government entity and wants to can sue. Though most have no idea of all the hoops, they must jump through. This process is to be able to have the legal right to sue. But yes it is true, any person has the right to bring a personal injury claim involving negligence. This claim can get accomplished under the Federal Tort Claims Act (“F.T.C.A.”).

Sovereign immunity is available for many official acts. The 14th Amendment of the Constitution mandates the right of redress for grievances. Though, this lies with the sovereign people on whose behalf postal workers serve.

Typical Claims Against The Post Office Under the FTCA

If the FTCA involves the U.S. Post Office, it can be a traffic collision with a mail truck. But, it could be a slip and fall accident on the Federal enclave itself. To begin with, the process, in this case, is a lot different from the standard personal injury claims process. They must follow the federal guidelines. These procedures and substantive rules found outlined in the FTCA.

These suits will get filed in a federal court. Though, some civil rights cases can get lodged in California state court. Here state court doesn’t require a unanimous jury. Contrast this with the federal court, in this case, a unanimous panel will become necessary. The full vote of the jury is needed to win a favorable verdict in the case.

The FTCA IS Wrought With Pitfalls and Requires an Excellent Attorney if You’re Intent Upon Suing the U.S. Postal Service.

This Act is highly complex. Also, it may become confusing to a lawyer in this case. Let alone a person without any legal training at all. The personal injury lawyer must know the rules, too. They must understand the guidelines of the FTCA. Most, these will include different filing procedures for claims against govt entities.

Right away, one will see the differences. Cases between the non-government and government-related requests have far different’ requirements. The Federal Tort Claims Act overrides old laws that prevented suing the federal government. So though, they had the sovereign immunity discussed above. Certain bad conduct is subject to a claim.

In any event, to file a lawsuit against the party, a letter gets filed. In this case, for a person to bring a claim procedure’s followed. An example, in fact, against the government filing is different. Most of all, they need the government’s approval to bring the allegation. And the suing process cannot begin until the plaintiff receives a claims denial letter. And this is also known as a “letter to sue.”

The enacting of the FTCA changed the rules, though. It changed some rules for certain types of suits filed against federal employees and their agencies. But most of the cases filed to date remain limited to examples with negligent actions causing injuries to citizens. So the FTCA still permits the person suffering harm and property loss to get paid.  Typically, this is the family who lost a loved one. Now all they have left is a shot at a financial award. But the availability of this award depends upon compliance with the strict laws of the FTCA.

These guidelines stipulate the harm must be through negligence. So this includes omission or a wrongful act by a government employee.

In this Act, fine print and complex regulations abound. And all these rules must be followed for it to be a successful claim. So this isn’t just a broad-sweeping policy; it’s the law. So federal tort law makes it possible to file a lawsuit against post office employees only when you comply.

If the employee works as an independent contractor, you could still sue. Last, it will depend on the circumstances if the Act applies to this entity. So it all depends on who the parties are, because a different injury law may apply in that case. Under the FTCA laws, the negligent or wrongful actions must take place at or during work.

At the time, the federal government employee must be performing their duties. So this means they’re engaged in their regular course and scope as a postal employee.

Sovereign Immunity and Limitations Placed On These Types of Claims.

There’s a limitation on misconduct that is intentional. Though, all negligence claims fall under FTCA laws.  But restrictions placed on claims against the federal government can limit the amount agencies payout for the recovery of a financial settlement.

None the less, millions of dollars get paid out every year on claims. In this case, it is claims filed against federal agencies. If you believe you have a valid claim a consult is essential. A complaint against a federal government agency can gain compensation.

Proving an FTCA Claim against the USPO?

If a person has a suit against the US Post Office, there are, in fact, rules. So the claim’s filing must happen within the statute of limitations. This period is often within two years in a typical state court case. But with a govt entity as a defendant, many of these govt claims can get limited to 6 months.

So this makes these cases scary and confusing. Knowing the right steps to take in protecting the right of action is difficult. Consulting a personal injury lawyer means they can assist you in unraveling the problems. They can help in the validity of the potential claim. The lawyer can ensure the time limit, in this case, is met. This time begins from the date of the incident.

Going into a lawsuit of this type is for financial reward and compensation. It will be necessary to allege and seek a specific monetary amount. But you need to have all the relevant facts. Also, to produce the vital paperwork available. This paperwork is due in part to mandatory discovery rules compliance.

First, the claim gets filed with the agency. Next, the agency will have six months to respond to the application. The other choice here is to admit the validity of the request. But claims get denied as a matter of course.

But if the agency denies the claim, it’s essential to have legal counsel. So now, you will have someone to assist with the request and potentially take the lawsuit to court. Most important here, the lawyer providing skilled guidance can help thoroughly explain these things.

There are a variety of administrative remedies to understand. Legal help is essential in filing an injury claim using the FTCA. The same goes in fact for suing the U.S. Postal Service. We wish you luck in finding a lawyer who takes on these types of cases.

How to Handle a Personal Injury Claim Properly

The Most Common Types of Wrongful Death Claims
What Is The California Statute Of Limitations For Filing My Case?
Will California State Bar Let Non-Lawyers Practice Law Soon?
How Do I Expose Defendant’s Auto Policy Limits in California Under CACI?
What Are the Stages of Soft Tissue Healing?
January is Birth Defects Prevention Awareness Month
What are Some Famous Famous Catholic Priest Abuse Scandals in Los Angeles?
Stress From The Outside After A Car Accident
Will My Travel Insurance Cover My Plane Crash?
How Will I Know About And Challenge Unfairly Denied Insurance Benefits Decisions?
Will My Homeowners Insurance Cover California Wrongful Death Civil Actions?
What Are 3 Types of Muscle Injuries?
Understanding The Burn Recovery Recovery Process
Cruise Industry Regulations You Likely Don’t Know
Your Legal Options Against Dog Breed Bans | ehlinelaw.com
Can My Car Accident Lawyer Settle My Case Without My Consent?
Are Wrongful Death Awards Taxable?
Deadly Fires Begins the New Year and Negligence