Can I Sue Aquarium of the Pacific for Bird Flu?

Ultimate Guide to Understanding the Aquarium and Avian Virus 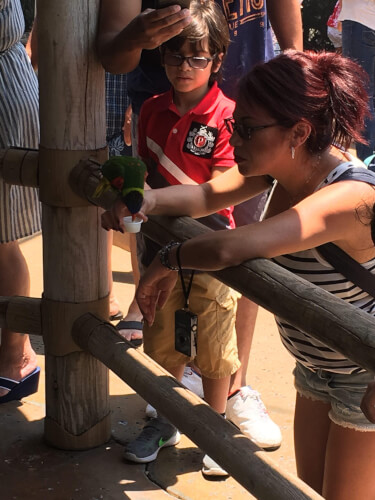 On September 30, 2022, the US Department of Agriculture (USDA) closed down the Monterey Bay Aquarium’s Sandy Shore & Aviary Exhibit to protect the resident bird species from the global avian influenza outbreak.

It is said that the virus is active and spreading slowly in the region. Although the foot traffic remains closed for the time being, according to Emerson Brown, the senior manager of Media Relations, guests can view the animals through the glass windows and the Aviary Cam.

The Sandy Shore Aviary is the only bird habitat in the aquarium that guests can walk through. Bird flu can latch onto shoes or clothes, and any guests coming into contact with the birds risk the birds contracting the deadly virus.

Avian influenza is contagious and can spread from one bird to the other through saliva, feces, or mucous. Contaminated insects, animals, food, water, or any form of clothing can cause the virus to spread to other resident birds.

Increasing biosecurity protocols can help minimize the spread of the virus, and according to Brown, the aquarium is taking such measures. Penguins remain in their enclosures, and the staff avoids bringing them out for walks.

On October 11, 2022, the Aquarium of Pacific moved certain animals and aquarium birds inside after being notified of the flu in wild birds in Los Angeles County.

According to the aquarium spokeswoman, Claire Atkinson, the Lorikeet Forest exhibit and the June Keyes Penguin Habitat will remain closed. The management also decided to close the Shorebird Sanctuary exhibits until there is no more threat of the virus.

Penguins were the most exposed at the aquarium since they are flightless birds. Wild birds are flying over the enclosure or birds landing into the habitat increase the penguins’ chances of contracting the bird flu. The aquarium decided to move the penguins to the covered pools where the aquatic animals were previously exhibited.

The aquarium will follow state and federal guidelines, and animal handlers who care for diving birds and birds indoors must strictly adhere to hygiene protocols. Furthermore, they will closely monitor the sea lion habitat after a few cases of H5N1 flu infecting seals on the East Coast.

Spread of Avian Influenza Across the United States

Due to wild bird migration, the current bird flu strain has traveled from Asia into North America, finally reaching the United States at the start of 2022. By July, officials reported California’s first case of the bird flu virus in Sacramento.

Within a few months, the virus spread through California, with many reports arising from Del North and Santa Cruz County. By October 2022, it reached Monterey County prompting an immediate response from the aquarium. So far, USDA’s data suggests that the virus has spread to 22 counties.

What’s concerning is that according to the state’s California Department of Fish and Wildlife, the virus is now found in commercial and domesticated flocks across ten counties, including Monterey. As new cases arise, the location is immediately quarantined, and authorities euthanize the infected birds to prevent the virus from spreading to other California flocks.

Although bird flu primarily affects poultry, it does harm other bird species, including ducks, geese, crows, and more. Humans are unlikely to contract the bird flu virus, unlike COVID-19, but there are rare instances.

For example, the Centers for Disease Control and Prevention (CDC), in April 2022, reported a person who had direct exposure to poultry and was involved in the culling infected with the virus.

According to the CDC, the Highly Pathogenic Avian Influenza A, also called H5N1, has infected commercial and backyard birds across 29 states and wild birds in 34 states. The CDC also monitors the virus among humans and has currently tracked over 2,500 people exposed to H5N1 virus-infected birds. Those who remain unaffected but are involved in the culling process have been advised to take caution.

Following the rise in infected wild birds and domesticated flocks, the SPCA Monterey County has asked residents to remain vigilant and look for warning signs to help prevent the spread.

Symptoms of the H5N1 virus in birds include the following:

Infected wild birds flying into Monterey County have made it difficult for the SPCA to estimate the number of bird casualties. Domestic poultry is at a higher risk of infection due to their dense living conditions, making them super-spreaders. To prevent their farm birds from contracting the virus, farm owners must secure the food and water supply from wild birds.

Bird Flu Can Be Fatal to Humans If Contracted

Bird flu is not recent, as it has been around for a long time. Since 2003, there have been 865 humans affected globally by the bird flu and what’s scary is that 53% of the cases were fatal.

Although it is pretty rare for humans to contract the virus, they become carriers, putting other birds at risk.

Permitting a Communicable Disease to Spread: Can I Sue Aquarium of the Pacific for Bird Flu?

All over the country, aquariums and farm owners are taking measures to prevent their domestic birds, shore birds, bald eagles, backyard flocks, and other bird species from contracting the Avian flu.

However, if the owner is negligent and does not take adequate measures, they will be liable for the resulting damage. Contact us at (833) LETS-SUE to speak to a compassionate, aggressive, experienced Premises Liability attorney if you’ve suffered losses due to another’s negligence, as you may have grounds to sue.