Can the Airplane Passenger sue Mike Tyson for Battery?

The news this week that former heavyweight boxing champion Mike Tyson struck a passenger worked its way through the news and social media. The former champ has been accused of violent crime before– and the most recent incident shows that there is likely more to the story. Furthermore, there are likely many legal issues at the root of here.

Some include criminal law if the former boxer is charged. Some may include civil law if Tyson is sued for what he is alleged to have done. There’s a lot more to this issue– and that is why we sat down with a legal expert to chart out what may be coming next. We discussed the topic with Los Angeles personal injury expert attorney Michael Ehline for his perspective.

Will Mike Tyson be Arrested?

This one is not as clear. As you may remember, the boxing legend and former champ got arrested and imprisoned for alleged rape. He has had a checkered past with a variety of accusations and concerns. So far, the video of the drunk guy challenging Tyson has not led to an arrest.

Details of the incident are still coming out. The fact that the other passenger was extremely intoxicated on the plane may also make the situation more complex. Police have been quiet about the topic and have provided minimal details of the police investigation as of Friday. After the physical altercation and the video of the incident with non-life-threatening injuries on the plane, there is a chance that a person will be arrested. 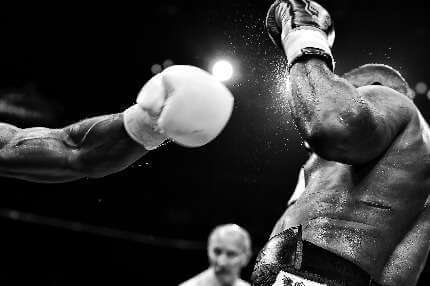 It is unclear whether it will be Mike Tyson or the unruly guy. The fight was recorded– and the video punching was precise enough.

What Happened in the Mike Tyson Plane Fight?

It wasn’t a heavyweight match in Las Vegas if that’s what you’re thinking. However, the incident on the flight meant that the situation aboard the plane led to footage of a fight on the flight. Apparently, it was quite the scene from the content released of Tyson and the man. The San Francisco Police Department has released little information about the San Francisco International Airport event. The event left a man with non-life-threatening injuries with bleeding from the man’s face.

What is TMZ Reporting?

According to TMZ, it appears that Tyson was provoked into the fight by a man provoking him from a seat. There is a little comment from authorities on the subject, but the world is much more aware due to a video obtained by TMZ.

TMZ Sports reports that Mike Tyson got into the fight while waiting for a flight from San Francisco to Florida. According to sources, the person seated behind Tyson was overly talkative and apparently intoxicated. At one point, according to a witness, the other party started to whisper in Tyson’s ear, leading to the altercation.

Videos show what happened during the fight– as does a photo from after the flight. The other guy’s face was bloodied, and he received medical attention. According to TMZ, the man went to the police, but we haven’t heard anything else about what they plan to do.

What is the Likely Result for Former Heavyweight Boxing Champion Mike Tyson?

With San Francisco police not talking about the event Wednesday night, it’s impossible to know what will happen next. We have two subjects in the case– Mike Tyson, who threw several punches on video, and the other unidentified guy.

The latter apparently would not stop provoking Tyson, leading to the throw of hands. Jetblue hasn’t commented on the file, either. TMZ was told a portion of the passengers’ tale. However, there is still little information coming out at this time.

Could Mike Tyson be Sued?

This gets down to the heart of the matter. We haven’t heard anything from the officers yet. Would it be within the rights of the man whose head was struck to sue? Quotes from passengers and no statement from a police investigation leave it anyone’s guess.

However, Tyson’s history and his previous detention and conviction for rape might be a danger here. The struck passenger could sue for a variety of causes, especially related to the apparent battery. Most likely, San Francisco would be the jurisdiction such a trial would be held, considering that the incident happened at San Francisco International Airport.

Due to the fact that the other man sustained injuries, the case may be much more open and shut than you expect. There is ample evidence of the harm Mike Tyson allegedly caused to the other person on the plane.

What happened isn’t entirely clear, but we know who was involved and the significant importance of his celebrity. The video and medical bills are evidence of a physical altercation and harm done to the other passenger.

What Should You Do After an Assault?

If you fly and are in a similar position as in this case, you have rights. There are criminal proceedings you should likely pursue first. However, in battery cases, there is more than just a sidebar regarding personal injury. According to the gossip outlet, Tyson started throwing punches– and people were witnesses.

After filing a police report, the short version is to contact a personal injury attorney who can help you through the entire process of becoming whole again. The attorneys at the Ehline Law Firm, Personal Injury Attorneys, and APLC are among the best in California and can help in any similar situation. Our experience is second to none– ask our former clients!