Multi-vehicle accidents and their causes?

The woman driving the other vehicle did not appear unhurt initially, as she remained seated in her driver’s seat while incessantly photographed by the paparazzi. However, the 90-year-old actor, Star Trek legend, and T.J. Hooker’s lead actor miraculously appeared to be ok after the car crash. Ultimately, they both seemed ok! 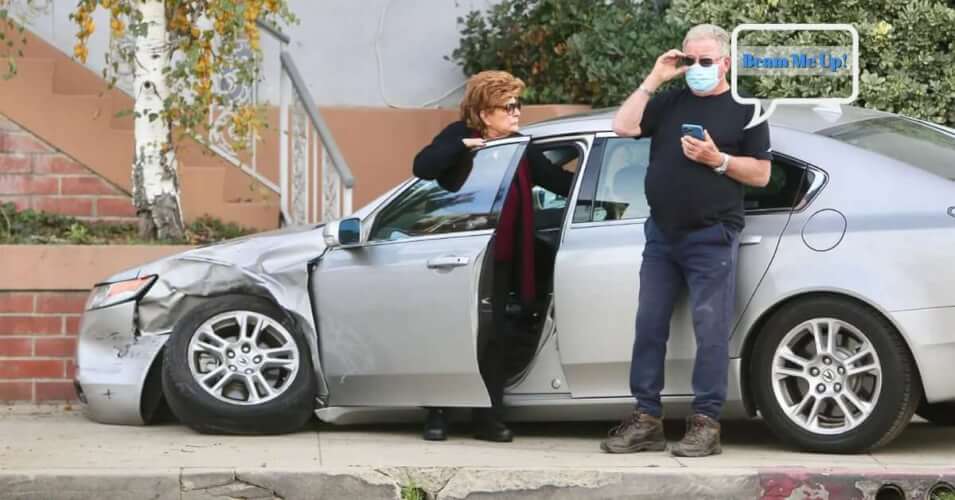 According to MailOnline, the “two-vehicle-involved in a car crash” case occurred in the Studio City area of Los Angeles at a “weird angle” last Tuesday afternoon, causing a smashed-in left wheel strike with the other driver’s silver Acura along Ventura Boulevard.

Kirk, err um, Shatner can be seen here next to the smashed-up silver car, apparently asking the Enterprize to “Beam me up, Scotty.” Ultimately, a female companion joined Shatner as he reached out on his handheld “communicator.”

Shatner’s representatives have not responded to Ehline Law’s request for comment. According to a police spokesperson for the Los Angeles Police Department, an accident report was not filed by the officer who arrived on the scene since there were no injuries. According to Page Six, the actor and the woman in the Acura sedan did exchange contact information.

Multi-vehicle collisions are responsible for over half of all motor vehicle fatalities, according to the Insurance Institute for Highway Safety.

There are a variety of reasons why two or more automobiles might be involved in an accident, but some of the most prevalent include:

Shatner was seen with a car that was smashed at the front following the collision (Picture: Parody of WS) Earlier this month, Shatner and his fellow astronauts Chris Boshuizen, Glen de Vries, and Audrey Powers went 351,186 feet into the sky above Earth’s surface to spend three minutes in weightlessness. Shatner became emotional as he set foot on solid ground, remarking: “Everyone needs to do this.”

He and several newly minted astronauts reached space, as the giggling 90-year-old became the oldest person to undergo the profound experience of being weightless in space, traveling on the Jeff Bezos Blue Origin Spacecraft. “I am so filled with emotion about what just happened; it’s extraordinary. Extraordinary. I hope I never recover from this. I hope I can maintain what I feel now. I don’t want to lose it. It’s so much larger than me.”

‘It has to do with the enormity and the quickness and the suddenness of life and death.'”

There is no word yet on how the crash occurred, but based on the damage, it appears one car or the other made rear contact with the other’s vehicle, and the woman’s vehicle landed on the curb. As an aside, this is a common reason pedestrians are killed. Thankfully everyone appeared uninjured, but people change after the adrenaline wears off.

Cars and trucks jumping curbs can throw a person into another object and smash their bodies to a bloody pulp. Rear-end car accidents are among the most common types of Los Angeles car accidents. When a vehicle accident occurs, numerous legal concerns emerge. Anyone harmed in such an incident should contact an experienced Los Angeles auto accident lawyer as soon as possible. Call us at (213) 596-9642.