Clerks – No Choice but Come Clean Over Supreme Court Leak

However, the inside sources have claimed that the draft opinion for the decision on the investigation has been leaked out. This has heated the entire situation, causing a judicial crisis.

“This was a singular and egregious breach of that trust that is an affront to the Court and the community of public servants who work here” – Chief Justice John Roberts. 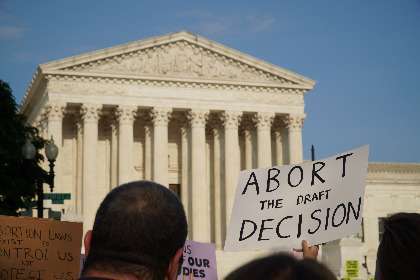 Was it Leftist Clerks?

The Court’s chief security officer, the Marshal, requests the clerks’ private phone records. Clerks are also required to sign affidavits under penalty of perjury they did not leak the Supreme Court opinion, which could later be used against them in a perjury trial. This has some on the right and the left calling fairness into question. Like any other citizen, the clerks are entitled to notice and opportunity, not to convict themselves.

Marshal Gail Curley is a career Army JAG lawyer who graduated from West Point. She is an expert in national security law. She will be the lead investigator, according to Chief Justice Roberts. Curley declined to offer details about the investigation or how it will be conducted. She also refused to tell us whether or not her finding would be made public. U.S. Attorney General Merrick Garland also declined to comment as to whether or not Biden’s Justice Department or federal law enforcement would be used to assist the Marshal.

It was on May 2 that a draft was published by Politico, flooring Supreme Court Justice Roberts and destroying hundreds of years of Supreme Court tradition. The current was reportedly readied for the Jackson Women’s Health Organization by Samuel Alito. The draft supreme court opinion was apparently for the Jackson Women’s Health Organization v. Dobbs case. The case was about the abortion law being practiced in Mississippi.

The draft written by Justice Alito was for introducing new standards and laws about abortion. The new measures being proposed were not just for Mississippi but the entire United States of America.

The authenticity of the Leaked Draft Opinion

Politico has confirmed that they have confirmation that the leaked draft bill is authentic. However, they did advise that because it is a draft, it has the potential to be changed. Therefore, the viewers and people concerned with the matter shouldn’t consider it a final draft.

The concerned parties involved in the instant matter have the power to make amendments to the draft. Despite the draft opinion being written, changes can still be made to it by the end of June.

Reaction against the Leak

It is expected that the conservative wing members would back up the final decision, which is the draft opinion for now.

Following the leak, an internal investigation was launched at the Supreme Court. According to sources, the law clerks will be brought into the circle, and a thorough investigation will be conducted against them.

For the investigation, the law clerks must sign affidavits and be asked to provide their cell phone records. CNN claims three inside sources have fed them with information.

The sources have confirmed that the recent investigation requirements have alerted some of the clerks at work. They are very concerned with the matter and seem to be going for counseling with the outside counsels surrounding the case.

After the leak, John Roberts, the Chief Justice of the Supreme Court, called and met with all the clerks at the Supreme Court. Four clerks are reportedly assigned to each justice. Working with the Chief Justice, the clerks have an opportunity that only a selected number of people can avail themselves of, but not if they sparked the Court’s leak probe. It is a significant stepping stone for law clerks due to the Court’s reputation as the highest in the land. Being under the acquaintance of justice, they have strong futures ahead in their careers.

Claims Made by CNN

Penalty for Court Clerks / Others For Leaking Draft Decision?

Chief Justice Warren Burger was the founder of the “20-second rule.” What is that, you ask? Simple, if a court clerk spoke with a reporter, they’d be fired in “20 seconds.” Since that period, the Court has created a well-established code of conduct for court clerks. But what is the penalty?

A draft opinion document is not classified commonly; a leaked classified document would form the nexus of a criminal leak investigation. Suppose the leaker of the draft opinion, skewering former Justice Harry Blackmun and overturning Roe v. Wade, will be faced with criminal prosecution. In that case, it depends on their status at the Court and how they got their hands on the information at the high court.

“There were two different servers — one for draft opinions and another for you to do your research — to ensure that an external hack didn’t happen to the Supreme Court.”

Hacking into the Supreme Court’s computers would be illegal. Criminal statutes, including theft of government property, may help prosecute a law clerk who stole. So assuming the leaker didn’t have legitimate access to the document, there could be jail time. More likely is disbarment. It was highly unethical and against the Judicial Canons to steal a draft opinion and release it to the media.

Approximately 50 to 100 individuals likely had access to the leaked draft opinion. (nine justices, 37 clerks, several administrative employees, security guards, and office staff.) Some experts opine that the liberal justices appointed by President Obama orchestrated this, citing their radical backgrounds, with one actively assisting Eric Holder of the Weather Underground. Either way, no experts believe clerks working for justices appointed by Republican presidents participated in this felonious act.