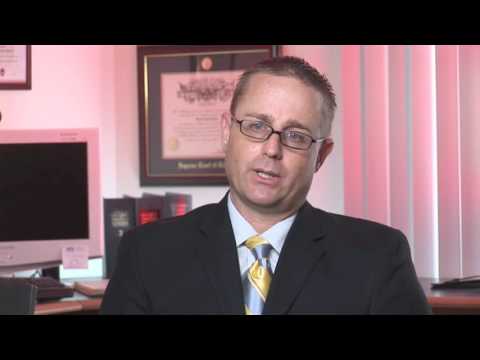 Working collaboratively against elder abuse and financial exploitation has existed for decades, but they’re only getting recognition or acceptability recently in the form of multidisciplinary teams (MDTs). MDTs are still a relatively new concept, and most of it comes from experience rather than research.

Ehline Law and our Los Angeles, California, elder abuse attorneys continuously strive to fight for the rights of elder and financial abuse victims by holding nursing homes responsible for physically, mentally, sexually, and financially abusing their residents and recovering the compensation needed to help the victim and their family members move on.

Adult protective services are the United States government’s social services that serve vulnerable adults, including the elderly and adults with disabilities (reduced mental functioning) suffering from abuse, neglect, or exploitation.

It’s straightforward to navigate through the official websites and find the information needed on these secure websites to report elderly physical, mental, sexual, and financial abuse. They may receive health care, and in cases involving financially exploited individuals, the financial institutions may be able to recover the person’s money back.

However, after the elder and financial abuse victims are safely connected to the system, the Gov websites fail to inform them of the challenging process they must endure. Unfortunately, as easy as it is to report financial abuse and other types of abuse, the system has a lot of shortcomings that the victims become entrapped in.

Every community is unique and differs politically, geographically, and demographically. It may vary in languages, religion, and traditions, but all the communities can develop MDT to cater to the elder abuse around them.

Developing an MDT is challenging, and creating a team is no easy task. Grouping some professionals and calling it a “team” is far from it, as there is a need for strong leadership, someone who can take charge and implement an MDT.

Often, there are leadership figures in communities that strive to improve the conditions of their society and advocate for change regarding elder abuse. The leader must have strong leadership qualities, is charismatic, and has political influence or networking, allowing them to interact with multiple agency leaders and cooperate in achieving the community goals.

A significant trait of an MDT is flexibility. The team may work towards achieving their goals by doing it in a certain way, but with time, if they find that the particular strategy is not helping them reach their targets, they can quickly adopt another approach.

An MDT coordinator is responsible for ensuring that the team works together. However, there can be disagreements; sometimes, a different structure may help the team perform better. Coordination and feedback from team members are critical to the success of MDT.

An MDT may also embark on additional activities that other MDTs believe align with their goals. They may identify the community’s needs and address them accordingly. For example, an MDT in Texas decided to provide a geriatric nurse once a week to Adult Protective Services as a resource for their workers to achieve the goals of the Texan community. Such innovations are a great way to move forward and improve the outlook of the community the MDT represents.

According to the Department of Justice, an MDT is a group of people from various disciplines working collaboratively toward a single goal and purpose.

The five main characteristics of MDT include the following:

What Problems Do Multidisciplinary Teams Address?

An MDT is not a new concept, but recently there has been a growing acceptance of the need for an MDT to tackle elder abuse in the United States. It is a victim-based approach designed to address the system’s shortcomings. An MDT aims better to understand elder abuse victims’ needs and priorities.

Why Is There a Need for Multidisciplinary Teams for Elder Abuse?

Elder abuse is not limited to physical, mental, and sexual abuse of the older person but also abandonment and financial abuse by another individual in a community, residential living, or care home setting.

Elder abuse has garnered massive public attention and greater societal awareness in recent decades. According to research, 10% of the elderly living in community, residential living, and care homes reported some elder abuse in the previous year. What’s concerning is most elder abuse cases do not receive the recognition needed.

There is an urgent need to identify and respond to elder abuse cases on the grounds of human rights and the consequences of it. For example, it is challenging for the elderly person to recover from the physical injuries and emotional trauma associated with the abuse, financial loss, and a higher risk of early mortality.

Most elder abuse victims make it into the system by reporting their issues to law enforcement or the relevant authorities assigned to cater to the elderly person, such as Adult Protective Services (APS), Long-Term Care (LTC) Ombudsman Programs, and others. However, an official response responsibility lies with the APS, an agency to help the elderly (60 years and older) and dependent adults (18-59 who are disabled).

The United States system aimed at resolving widespread elder abuse seems to fail on many fronts, especially when it comes to detecting and caring for the victims. This is why there has been increased attention to the subject lately. So, how does this system work?

Once the victim enters the system, multiple agencies follow up as part of the protocol. The APS or law enforcement authorities may visit the victim to understand the situation. Some victims might have to go through a neuropsychologist, who assesses their cognitive abilities, while others may have a physician treating and documenting the victim’s injuries.

The system will arrange for law enforcement officers to interview the victim and, in some cases, even provide them with a safe place to take them away from the abusive environment. Multiple agencies may work on the same case, complicating the process as each agency deploys its strategy and plans to cater to the needs of the abused elderly, unaware that other agencies are also planning on their side to achieve their goals.

The approach does not cater to the victim’s needs and is not victim-centered but focuses on achieving these agencies’ organizational goals. There is also no response to the needs of the perpetrators, which is considered a sustainable intervention strategy in understanding the root cause of the problem.

With multiple agencies working on the same case, it can become highly problematic, resulting in a system overload, and many other problems, including:

The systematic failure signifies a need for one unit with experienced professionals from multiple backgrounds and agencies working collaboratively, taking charge of the responsibilities, and being part of the decision-making process – a multidisciplinary team.

Benefits of an MDT Approach Toward Elder Abuse

Multiple agencies working together cohesively can complement each other. By working as part of the MDT, the various agencies bring their expertise to a case and collaboratively prevent the victim from becoming another by-product of the systematic failure to prevent elder abuse.

Each agency part of the MDT has the opportunity to shine and share the burden of investigation and response to complicated abuse cases.

For example, it is often difficult for the physical and elder financial abuse victim to trust a local police officer with sensitive information compared to an APS official. However, law enforcement is better equipped to gather the evidence required by the criminal justice system to expedite the case. On the other hand, APS can empathize with the victim and ensure they receive the necessary services.

Additionally, MDT team members can provide each other with the support needed, as sometimes, working on a complicated elder abuse case can lead to secondary trauma effects. Altogether, it is highly beneficial for the victims and can lead to a better outcome for them.

Agencies partnering up with each other can benefit the victim in many ways, including:

Collaborative teams are now seen as a critical piece of the puzzle in solving the country’s rising elder physical, mental, sexual, and financial abuse cases. However, as of now, an experienced attorney is better equipped to help victims get away from the abuse, file a lawsuit against the nursing home, and fight for the compensation they deserve.

If you or your loved one is a victim of elder physical and financial abuse, contact us at (833) LETS-SUE for a free consultation with our California elder abuse attorneys, as you may qualify for compensation.