Sadly, many loved ones were left reeling as news of a chlorine gas leak that claimed the lives of several maritime workers spread. Others were left to pick up the pieces after they suffered severe personal injuries. 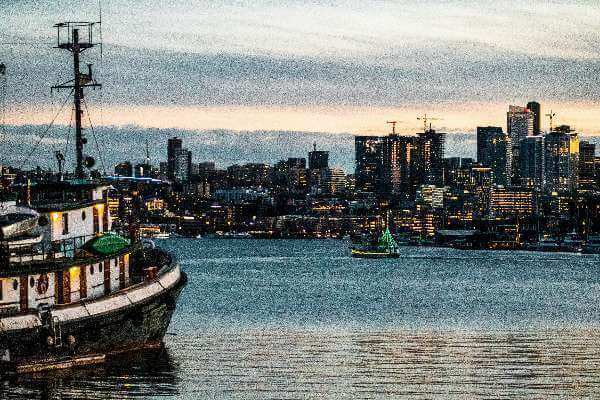 Can The Seamen Sue?

If you were involved in an accident resulting from grossly negligent conduct, you might be able to bring negligence claims against the party at fault. Suppose you’re looking for a personal injury lawyer familiar with general maritime law. In that case, Ehline Law can help. Contact us today to schedule a free consultation.

On Monday, June 27, 2022, a crane in the port of Aqaba, Jordan, dropped cargo containing approximately 25 tons of poisonous chlorine gas onto a ship. Aqaba port, situated at the North end of the Red Sea, is a significant route for Iraqi exports and imports.

Thirteen people were killed, and 251 were injured due to the gas leak, the Jordanian government’s spokesperson Faisal al-Shaboul said. The gas was being sent to Djibouti as part of a shipment. However, the reason why the gas was being shipped to Djibouti has not been disclosed.

Among the injured seamen were maritime workers and public security, law enforcement, and civil defense personnel.

CCTV Footage Relayed the Horrors of the Leak

CCTV cameras recorded the storage tank falling from the crane as it was being placed onto the deck of a ship at the harbor. Surveillance cameras captured the tank exploding after it fell and showed the deadly greenish-yellow clouds of gas that were released, enveloping the surrounding areas.

When the accident happened, one vehicle reversing nearby made a wise U-turn and drove away in the nick of time. Employees could be seen frantically running from the scene on foot in all directions in the footage.

The authorities quickly addressed the situation, issuing a mandatory evacuation and treating the affected victims.

According to Al Jazeera, local health authority Dr. Jamal Obeidat had sent warnings advising people in the area to stay inside and shut their doors and windows.

Muhammad Salman, Director-General of Jordan’s Maritime Commission, said that commercial fishermen in ships near the area where the gas leak occurred were asked to evacuate the area immediately.

Salman claimed that the surrounding grain silos had their toxicity tested after the leak. Fortunately, there were no vessels unloading grain when the incident occurred. However, to prevent any contamination, the silos stopped production.

Officials made this statement after analyzing numerous samples of the port city’s water, air, and grain silos, according to Radaydah.

What Caused the Incident

According to BBC News, the chlorine gas tank was dropped because of crane malfunctions. The reason for this has not been released to the public.

What Is Chlorine Used for?

Chlorine gas has several commercial uses, according to the Environmental Protection Agency (EPA). It can be used to disinfect swimming, pond, and drinking water. Sewage water is also treated with chlorine.

At room temperature and atmospheric pressure, chlorine gas is yellow-green, but it is typically chilled and pressurized to turn it into a liquid for transportation and storage.

Although it has several industrial uses, the gas is still poisonous when inhaled. This is why it has been used as a weapon of war.

Chlorine Gas was First Used in World War I

Chlorine gas can also be employed in terrorist attacks or as a tactical weapon during warfare. German troops used chlorine for the first time in World War I in 1918 at Ypres, Belgium, on two French colonial battalions.

Use in Recent Years

Chlorine combines with water to form acids that harm body cells when inhaled, ingested, or if it comes into contact with skin.

Moreover, when inhaled, chlorine gas forms hydrochloric acid, a strong acid with a pH of 1.5 to 3.5, which can cause severe internal burning.

Pulmonary edema is a potentially fatal illness brought on by breathing in large amounts of chlorine gas. According to the EPA, it can cause several other health issues, including:

Fortunately, many health problems associated with chlorine gas exposure are short-term, so officials expect many affected victims to recover fully. Many of them were discharged from the hospital on Tuesday, June 28, 2022.

When someone harms you, especially at work, it is considered a tort or wrongdoing that causes injury to another person or interferes with their property.

The key distinction is one of intent: in an intentional tort, the conduct was willful, whereas in a negligence case, the defendant did not intend to perform the act.

Sometimes there is a gray area between intentional acts and carelessness. The type and amount of damages available to victims in a maritime personal injury case depend on the circumstances and the relevant tort. To help you understand these torts, we’ll go into a little more detail in the section below.

Intentional torts are planned, purposeful, and committed actions with the knowledge that they would cause another person harm or death. Punitive damages may be sought in civil situations where the tort was deliberate.

In most cases, and the case of the chlorine gas leak, the act was unintentional or accidental. To show that the incident was the result of negligence, the following must be proved:

Can Survivors Sue for Compensatory Damages for the Injuries Sustained Following the Chlorine Gas Leak?

Injured workers may be able to bring a personal injury lawsuit for the damages they suffered as a result of a similar maritime incident. Contact Ehline Law, and we’ll advise you on determining whether you qualify for compensatory or punitive damages.

Unfortunately, the media hasn’t released much information about what caused the crane to malfunction in this particular case. However, the act was unintentional, meaning the tort of negligence applies. It may have been caused by poor maintenance, incorrect assembly, or workers not following directions.

If you have been the victim of a similar maritime accident, get in touch with us!

How We Can Help

Hiring a lawyer with gross negligence maritime law experience is vital if you want to receive compensation. We will work hard to protect workers and help them claim lost wages, medical costs, and more. Here’s how we can help victims of maritime accidents.

Additionally, we will help you investigate the incident and deal with the relevant insurance company if necessary so that you can focus on healing. We will also gather as much evidence as possible to support your claim and present it in court if the need arises.

We Can Get You the Compensation You Need!

Many maritime employers are familiar with maritime law and have strong legal representation, so going in without a plan or proper representation can be detrimental to your injury case.

At Ehline Law, we know maritime law and personal injury law, so if you are an injured seaman, we can help you get the compensation you deserve to cover your medical expenses.

The truth is that a worker may not realize that their employer has an indemnity provision.

These indemnity provisions protect the employer against liability in such cases. We will review the indemnity clause in your contract and provide you with reliable advice on a way forward.

Ehline Law Firm is ready to help. Our service is available to the surviving family members of the deceased and the victims who suffered personal injuries due to a maritime incident.

We Are No Strangers to Maritime Law

At Ehline Law, we pride ourselves on maintaining an excellent attorney-client relationship with everyone who walks through our doors. We are well-versed with the harbor workers’ compensation act and can ensure that the person or entity at fault is brought to justice since we manage wrongful fatality and negligence claims.

We Understand That Compensation Will Never Make Up for Your Loss

We know that we cannot heal the sorrow of losing a loved one or restore your health. However, it is possible to get financial support by filing a personal injury claim to let everyone know that you are standing up for the people that matter to you.

In an admiralty law employment claim or other third-party matter, are you an employee or other victim with a disability? Call us today to find out how we can support your efforts to pursue restitution for pollution-related diseases under negligence law or common law doctrine today.

Please book your free consultation at our law office today over your Longshore and harbor accident claims, High Seas Act, offshore oil gas workers, or vessel owner claims to recover damages today! Your failure to act quickly against the shipowner and other parties could mean blowing the statute of limitations or another contractual deadline to file lawsuits as seamen or some other party along the longshore site.

Other Practice Areas We Cover

Choose us when you suffer toxic chemical exposure or other maritime injury and need experienced attorneys at the helm. We will fight hard to get you the maximum financial compensation for your potential new case, and we are Los Angeles based in the State of California.

Call us today at (213) 596-9642 to discuss your important legal concerns and losses in a confidential environment. We have the resources, compassion, and tenacity to make it happen, do or die.

Why Is Speed at Sea Measured in Knots?

How to Sue a Cruise Line | Bailing Out Sinking Claims