The Independent School District board of Uvalde has decided on Pete Arredondo, the police chief who called the shots at the Robb Elementary School incident, who has been placed on leave.  Below, personal injury attorney Michael Ehline provides updates on the Uvalde, Texas, middle school massacre. 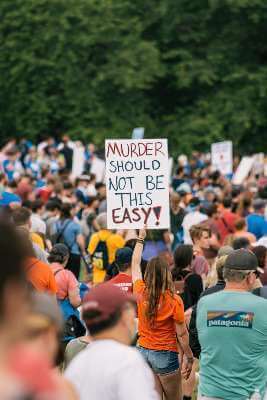 The Decision by the Board of Robb Elementary School

After the meeting, the board of Robb Elementary School announced their ridiculous decision on the incident commander police chief on a Friday evening.

The board members announced their decision not to take any action against the incident commander, police chief, or Uvalde School District Police.

‘”…the original consensus was not to take any action against police chief Pete Arredondo and set him free instead. But parents got lucky partial justice, when on June 23, 2022, the ‘abject failure’ police chief was placed on leave.”‘

Pete Arredondo was the incident commander at Robb Elementary School. Being in a department of public safety, Arredondo decided to wait for the arrival of backup police officers, which took more than one hour of police response.

Due to the delayed police response of more than an hour, the shooter got the time to proceed with his massacre. As a result, the shooter was able to kill 21 individuals. Among the victims were 19 kids and two teachers who lost their lives due to the shootout.

Even the head of the state police talked against the incident commander police chief. The head of Uvalde police officers stated that what the police chief did at the time of the incident was a bad decision. He stated in the capacity of one of the local law enforcement officials that there is no other way to put it. The police chief made the wrong decision at the most critical time.

Anger of the Residents

The residents blamed the Chief for not making a timely decision about the mass shooting and elementary school. They objected that if Arredondo had decided on time, many lives could have been saved in the Uvalde school district.

The meeting was held by the board for the very purpose of taking action against Arredondo. They got together to decide police chief Pete Arredondo terminate him.

However, the original consensus was not to act against police chief Pete Arredondo and set him free. But parents got lucky partial justice when on June 23, 2022, the “abject failure” police chief was placed on leave.

Hal Harrell’s Comments on the Matter

Hal Harrell, the superintendent, stated that there are many investigations surrounding the incident that are simultaneous. Even the investigations of the federal Department of Justice and the district attorney of Uvalde County are also in order. Over time, these investigations on the Robb Elementary School shooting will be carried out for final results.

Twenty-five residents were attending the superintendent who presided over the mass shooting meeting. Hal Harrell stated that despite several investigations on mass shootings, they do not have any updates to share.

However, they will hold another meeting to share updates on the investigations being undertaken by state officials. They will ensure to get to the bottom of the case and uncover everything.

The superintendent confirmed that the students would not return to the school after the incident. It is being reported that Robb Elementary School will no longer be an educational faculty. The government will decide how the premises will be used going forward.

One mother revealed plans to put her son at the same school. After the incident, her 7-year-old son is deathly afraid and doesn’t want to go to that place. In our previous articles, we discussed Uvalde Police never had a duty to protect the kids, to begin with, and how the defunding of the police movement has made municipal police slow to act for fear of bad press and lawsuits. Either way, the Chief should be fired. He blew it. That’s the consensus in the personal injury community. Did we miss anything? Let us know!