Did the CDC Really Mess Up? Yes, and the Agency Admits It! 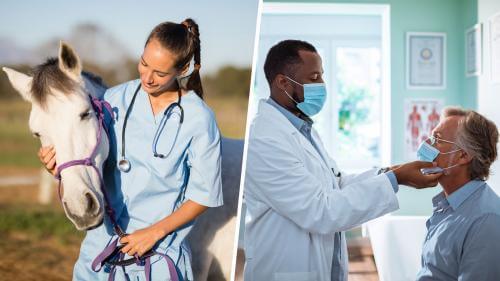 It almost feels like citizens and medical professionals have been silenced over the past few years for trying to expose government organizations that didn’t always tell the public the complete story. Of course, we recently learned that the FBI and other agencies dictate who gets banned and even paid social media to help sell people on taking COVID-19 vaccines.

Additionally, the CDC changed the definition of “vaccine” when it was determined the so-called vaccines did not innoculate but only controlled symptoms. Several weeks ago, the CDC finally admitted the COVID death numbers were also off by tens of thousands. Yet we hear crickets from the pro-Biden Admin press or social media. Where do we go for the truth when the press and social media are tools of the left? This is the question many conservatives are asking.

Before evidence that these shots were not stopping COVID-19 from spreading, the accepted definition of vaccine meant that your body would become “inoculated” to “produce immunity to a specific disease.”

This is why people don’t get Polio. They were inoculated under the original definition. According to at least one source, “COVID-19 vaccines are not vaccines as vaccines were defined before the current epidemic.” (Source – Journal Inquirer.)

You can’t make this stuff up. The FDA used the picture to compare taking Ivermectin to being a horse on their website, which amounted to a gift to Big Pharma. I am attorney Michael Ehline. I lost my mother-in-law to thrombosis. She died of thrombosis three days after receiving her COVID-19 injection (Johnson and Johnson version.) As a personal injury lawyer, I have first-hand knowledge of how some government agencies and some government employees violate taxpayers’ rights and how they use private corporations as state actors to try and destroy ordinary Americans.

We increasingly see politically minded employees at these agencies pushing a political agenda. We see no real punishment or loss of pensions. Hence, people like corrupt IRS agents and democrat partisan Lois Lerner or corrupt FBI agent and Hillary Clinton supporter Peter Strzok have free reign to spread disinformation and blame the Russians. Try to find one negative article about Strzok on Google, and you will quickly see that this is not a made-up conspiracy.

This is the new normal, and only you can stop it by fact-checking the fact-checkers and finding out who pays these so-called “experts.” (Hint, Communist China either indirectly funds or controls much of the fact-checking.)

What Does the US Centers for Disease Control and Prevention Say About COVID-19 Disinfo?

The Centers for Disease Control and Prevention (CDC) director, Rochelle Walensky, acknowledged to staff members that the organization made some “pretty dramatic, pretty public mistakes” in handling the COVID-19 outbreak.

Walensky continued, “For 75 years, CDC and public health have been preparing for COVID-19, and in our big moment, our performance did not reliably meet expectations. As a long-time admirer of this agency and a champion for public health, I want us all to do better.”

People have been de-personed, demonized, and dismissed across all video and social media platforms for promoting the CDC’s bullet points while crafting a different story from the mainstream media. Marines were forced to give up their careers for failing to go along with the Biden Admin’s mRNA injection program.

This was after Fauci an,d the general public knew millions of tax-paid vaccines didn’t inoculate [So change the definition, and everyone gets a trophy]. Why the rush to force our federal employees to take an mRNA vaccine or lose their jobs, pensions, etc.?

Companies like Pfizer made billions and appropriately donated billions in campaign money to the politicians who pushed the mandatory vaccine agenda. So let’s look at the outcome of years of censorship, banning people and doctors for pointing out everything we just stated above.

What Is the Plan Moving Forward Regarding Public Health?

Then, Walensky said something extraordinary, which seems to be standard procedure during the Biden administration, and said that the CDC needed its own “special forces” to be sent in sooner in case of other public health threats. She also spoke of an upcoming “reset” in response to the agency’s Covid response.

The CDC will overhaul every aspect of its operations and culture as part of the upcoming “reset,” shifting the emphasis away from academic research and toward prioritizing reacting to emerging emergencies.

“My goal is a new, public health action-oriented culture at CDC that emphasizes accountability, collaboration, communication, and timeliness.”

She believes this is the best way to help the CDC reach its fullest potential.

What Is the Need for a Reset?

Additionally, there has been growing criticism of how it has handled other hazards to health, such as the frightening spread of monkeypox. To put the changes into effect, Mary Wakefield, who oversaw the Health Resources and Services Administration under the Obama administration, has already begun working as a senior counselor.

She also said a new executive council is being formed to help Walensky set strategic plans and priorities. The change was a CDC initiative, not the White House or other administration members, insisted Walensky, who took over as head in January 2021.

However, since the White House and other agencies were extensively involved, Jason Schwartz, a health policy researcher at the Yale School of Public Health, emphasized that government inadequacies extend beyond the CDC.

Is the CDC leading the way forward after the agency’s response to the COVID-19 pandemic, which many believed was subpar at best? Or is this just another specious attempt to ignore the CDC destroyed people’s lives with help from corrupt politicians, money-hungry corporations, and big for-profit media?

While all the terrific work the CDC has done has not been forgotten, it fell short in the coronavirus pandemic, which we cannot ignore. Targeting citizens for disagreeing is un-American. Weaponizing our agencies and using them to target free thinkers is nothing short of what Communist China does to its citizens. At Ehline Law, we prioritize US citizens’ safety, health, and well-being and hope we can take this statement as a positive step moving forward.