Falling Objects and Slips and Falls in Los Angeles

Slipping and falling in Los Angeles and falling objects that hit and harm people are among the top two most common injuries to consumers. Here in this article, you will learn the facts and how to deal with a case like this from a legal perspective.

How Do You Prove Fault in the Common Slip and Fall Accident?

Slip and fall accidents are the number one most common out of the top five most common accidents in Los Angeles. In fact, nationwide, they remain a very typical mishap suffered by people on foot, young and aged alike. Of course, only reported numbers are available. Most likely, many more cases of people falling exist. For example, when someone slips and trips at a party, or stumbles upon a misleveled sidewalk, they don't always report their mishap. What we do know is California had at least 768,536 reported slip and fall cases. Wow. That's a lot.

Leading Cause of Sick Days

In fact, these events are the single most significant reason for sick days from employment. So how do these accidents arise? Typically, a person walking on foot will get his or her foot stuck on an elevated surface, such as a raised ridge on a sidewalk. But we have all heard the stories or seen the cartoons of people slipping on banana peels. The bottom line, when people are caused to lose their footing, they trip or slip and fall to the ground.

But there are also other causes such as greasy or wet parking structure floors with poor lighting. If people can't see that puddle of grease or standing water from a leak, they go down hard. Often, this results in a fractured wrist, ankle, or arm. But head injuries and dislocated shoulders and hips remain ordinary trip, slip and fall injuries.

Proving fault in a slip and fall case is governed by the law of negligence, as discussed above. So unless there is a significant public policy exception such as injuries inherent in sports, or recreation, a potential defendant exists.

So unless the person who fell on the public sidewalk drank beforehand, or fell for their own fault, defendants like the city, county, or state may exist. Tree roots that cause cracks with ridges greater than 1 inch are not trivial defects, and if you can show notifications, you can sue the agency in question. Lack of ordinary care is usually the cause of unfortunate accidents like this. Equally, if you can show constructive or actual notice of a slippery substance that caused your fall at a restaurant or grocery store, you can sue the parent company.

Legal Duty of Due Care

So, in this case, the slip and fall lawyer needs to prove that the defendant had a legal duty of due care. They breached that legal duty. So long as the violation was the proximate or legal cause of the injury, the case can withstand summary judgment and move to trial. As noted above, failing to correct the dangerous condition triggers a duty to act. So the best thing is to get a slip and fall lawyer to examine the evidence to see if the property owner should have corrected the condition.

As discussed, sidewalks remain a real challenge. But Los Angeles is responsible for fixing, blocking, warning, and diverting foot traffic when it knows of dangerous pathways. So they are in a real pickle. In fact, ABC News recently reported that:

The Los Angeles City Council approved Wednesday a $1.4-billion plan to repair a backlog of damaged sidewalks.The program calls for the city to repair 11,000 miles of sidewalks over the next 30 years, at the cost of about $30 million each year.

Incidentally, you can see that disability advocates helped make this possible, as seen in the above video.

Were You or a Loved One Struck and Hurt by a Moving or Falling Object?

Not all slip and fall cases place us at risk for death. But falling objects are the number two cause of injury in Los Angeles. Noteworthy here is that these cause severe brain injuries and wrongful death. Examples of falling objects include falling overhead luggage on a bus, train, or plane. But they can also add a rock slide on Malibu Canyon Road, or PCH near Santa Monica.

Since many of the defendants above remain common carriers with a special duty to travelers, they are particularly at risk for a lawsuit. Contact a personal injury lawyer who helps with falling object cases after medical stabilization.

Proving fault in a falling object case uses the same formula. Was there a duty to make sure safety standards existed to obviate the reason for the object falling? Determine the cause of the injury. Because if it was, you could sue. But get hold of a falling object injury lawyer to learn how. 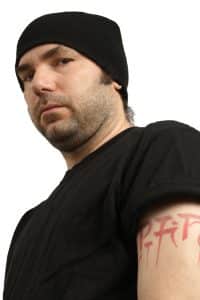 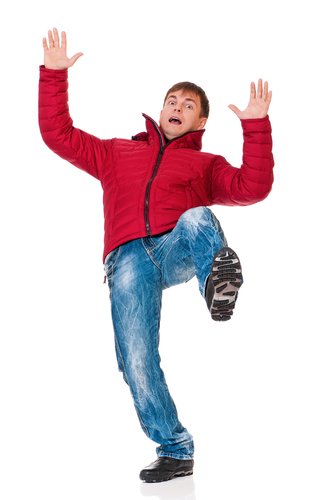 Jan 3, 2019
Falling at a Home and Lawsuits - Similarities Between Grocery Stores
Related Post 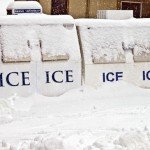