E-bikes — How to Stay Safe While Having Fun 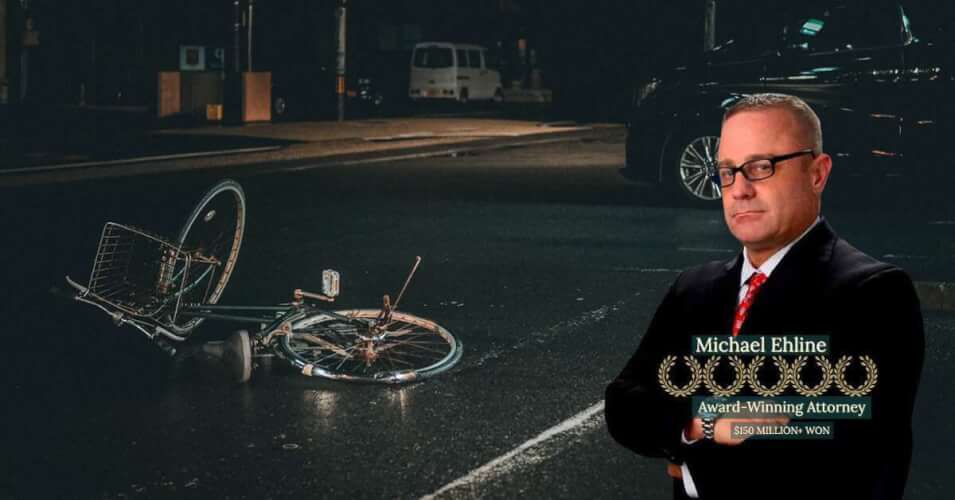 Although they are also bikes, you shouldn’t think riding an e-bike is the same as riding a regular bike since bike accidents often come after that thought. When we say this, we don’t mean you shouldn’t ride e-bikes, but that bike riders should be more careful when doing so.

Are you interested in riding an e-bike? Here, you can find more information about them and some tips to stay safe while having fun! Remember, safety is first and should be your top priority at all times, so we don’t recommend you hit the road with an e-bike until you know how they work.

What Is an Electric Bike?

Electric bikes, in a nutshell, are bicycles powered by a motor to help you ride them faster without needing to make that much physical effort while pedaling. These bikes are still pedal-assisted, and you have to use pedals to use the motor.

Different e-bike models are available for you on the market, so you could go for a road bike or a mountain bike, depending on what you want the bike for. Most e-bike motors are battery-powered, but not all of them allow you to go as fast as others.

Some confuse e-bikes with other motor vehicles, such as motorcycles, but they are way different from them. You, for example, don’t need to use pedals when you go on motorbikes, and you can’t go as fast as you go on one when riding an electric bike.

Differences are also there when comparing an e-bike with a regular bike since, although you still need to use pedals to ride the bicycle, standard bikes are not as fast as electric bicycles. Additionally, riding electric bicycles is not as tiring as riding a standard one.

Are There Different Types of Electric Bikes?

The short answer is yes; there are three different types of electric bikes for you to ride. These e-bikes are not related to the design or model of the product itself but to how the bikes work and how fast they can go. We are talking about Class one, two, and three e-bikes.

If you are learning how to ride an electric bike, we recommend you go for a Class one e-bicycle since they are the easiest to ride and the slowest ones, too. As it happens with the other two, you need to pedal if you want to use the motor since the motor is there to make pedaling easier, not to stop doing it.

Class one e-bikes can only get to 20mph, so although that is still faster than what regular bicycle riders get to, it’s still not as dangerous as other e-bikes are.

You don’t need any kind of license to ride either class one or class two e-bikes, so you could buy one and start riding it now if you felt like it. Regardless, you must be at least 16 years old to start riding them under the law.

Following up with class-two e-bikes, you can see they are not that different from class-one ones, but some things change regarding how the bicycle works. These models also have a 20mph maximum speed but work with the throttle as with other motorized vehicles.

This doesn’t mean class-two models don’t have operational pedals but that the motor they have can still power the bicycle if you are not pedaling. It’s best if only e-bike riders that already know a thing or two about e-bike riding use class-two bikes since they are a bit more advanced than class-one ones.

The last type of e-bicycles are class three e-bikes, and they are also the fastest ones on the market, so this is the option for you if you want a fast-paced experience when riding your bicycle. Unlike the previous two, you can’t use class-three bikes if you are underaged.

It’s also worth noting you can’t go on the bike path if you are using a class-three bike since, even if it’s still a bicycle, it can go much faster and, therefore, is more dangerous to other cyclists.

We only recommend you buy a class-three bike if you already know how to ride e-bikes and have a lot of experience doing so. People could think the difference between two0mph and the 28mph class three bikes get to is not that much, but it is when you try it.

Why Is Driving Electric Bicycles Dangerous?

Although you can go on bike lanes when using class one and two e-bikes, riding them is still dangerous if you don’t follow safety guidelines. This is because you are not used to riding a bike at that speed on a bicycle.

Imagine you are a new e-bike rider who just got an electric bike. You don’t know how this bike works, and you go to a bike lane to try it out, but since you don’t know how fast the bicycle can go, you start speeding through other cyclists.

Therefore, you risk falling off your electric bicycle or crashing with people riding normal bicycles or e-bikes. Doing this not only puts you at risk of breaking your bicycle but also getting injured and injuring other riders.

Apart from that, pedestrians are not used to bikes going that fast, so they could think you are a standard cyclist and try to move past you or walk too close to you.

How to Stay Safe While Riding an E-Bike

You have to do many things to stay safe while riding e-bikes, and the first is learning how to ride them. Don’t go to bicycle lanes as soon as you get the bicycle since you will most likely get into an accident. Try to practice as much as possible in a safe space or ask other e-bike riders to help you until you can ride effortlessly. Aside from that, we recommend you go for a class-one e-bike if you are a newcomer. You can buy a class-two model if you already feel skilled enough to use the bike’s throttle.

The best way to master these bikes is to practice braking at high and low speeds since that prepares you to stop when facing a dangerous situation. You may not prevent an accident from happening, but you can avoid getting more severe injuries.

As with other standard bicycles, you must wear safety gear even if you want to ride defensively. Remember, you can take control of your speed limit, but you don’t know what other vehicles might do, so it’s best to stick to safe riding and wear a helmet. Although you don’t need a license to ride e-bikes, you still need to be mindful of traffic regulations, and not following them could lead to severe head injuries and law-related problems.

Even if you are an experienced e-bike rider, never go beyond the posted speed limit if you want to avoid accidents. Going at high speed makes it more difficult to stop or maneuver your bicycle when facing a dangerous situation, so you should ride defensively at a low speed.

Some people install rear lights on their bikes; we recommend you do them since they are excellent for warning pedestrians. Few people expect a bike to go that fast, so they think they can walk close to you or ignore you.

Some may think installing lights on a bike is expensive, but it’s better to save than to spend all your money paying a personal injury lawsuit after crashing with a pedestrian. This is optional, but some e-bike riders even wear brightly colored clothing to make sure everyone can see them, even at night.

It’s always exciting to get to bike lanes to ride on e-bikes due to how fast they take you compared to how fast you would go on a regular option without motor assistance. Regardless, higher speeds mean a higher danger, so riding e-bikes is only a fun experience if you are safe while doing it.

Be mindful of traffic lights and warning devices on the road, and try to avoid high speeds unless you are an expert at riding these bikes.

Road users often think driving faster will save them a lot of time, but that’s not worth getting an injury or hurting another person, so we recommend you stick with a safe route without faster speeds to prevent accidents.

Aside from those things, riding an electric bike is a fun experience everyone should experience at least once in their lives. Even if you avoid going at high speed, e-bikes are faster than a standard bicycle, so this is the option if you want a faster-paced experience without making that much physical effort.