Editorial on Gullibility of Seniors to Scams 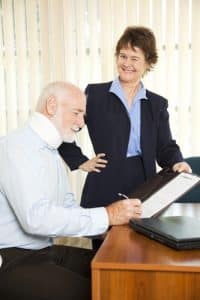 “… a failure of social intelligence in which a person is easily tricked or manipulated into an ill advised course of action.“

The Most Recent Studies On The Elderly Brain

Two studies show that the aging brain cannot process scams or misleading information. Professor Shelley Taylor of the University of California, Los Angeles, conducted one of the studies. The study data showed that a brain section known as the anterior insula makes the elderly more susceptible to scams.

This study data and a survey carried out earlier in the year by the University of Iowa researchers were telling. It showed that the Ventromedial prefrontal cortex’s aging leads to a lesser ability to process skepticism and doubt in visual information.

The study by Professor Taylor involved 119 elderly residents of a senior living home, who ranged between 55 and 84. So here, subjects saw photographs of natural or trustworthy faces. Next, they saw pictures of faces that were non-trustworthy. These were pictures of people smiling without their eyes lit-up, shifty gazes and facial hair. Consequently, researchers asked participants how they rated trustworthiness levels.

Analysts handed these same photographs to 24 staff members and students between 20 and 42 years old. Both groups had equal ratings reported for the natural or neutral faces; the difference was evident with the elderly participants when assessing the untrustworthy photos.

So here, the elders were incapable of seeing the visual clues in the untrustworthy photos. Consequently, the research expanded into MRI machine monitoring. Also, the study included 23 senior citizens and 24 staff and students who saw the same images. As a result, testing discovered that the younger group’s anterior insula became active. Conversely, the anterior insula of elderly participants was barely functioning.

The “Gut Reaction” Part of the Brain

The “gut reaction” part of the brain alarms you of the ill-at-ease feelings and stress people feel about difficult decisions, ideas, places, and people. UCLA researchers believe the lack of activity in the anterior insula causes the elderly not to notice behaviors or signals with scams. Yet, younger people have no problem picking up on these red flags. Also, this study adds to published data by University of Iowa researchers in August 2012.

The study showed 18 patients had damage to their vmPFC, and 21 patients suffered brain injury symptoms but had good vmPFCs when compared to 21 patients with healthy brains. The analysts showed brain study patients advertisements deemed misleading by the Federal Trade Commission.

Remarkably, elders were twice as likely to fall for misleading ads even when ads included disclaimers tainting their informational validity. Also, the National Institute for Justice conducted a study in 2009. The gullibility study showed that financial shysters scammed around 12% of elders (60 or older). In 2011 Met Life Inc.’s report rated the annual loss of exploited elderly citizens at about 2.9 billion dollars.

Not News To Most Experienced Nursing Abuse Lawyers

As an elder abuse and nursing abuse lawyer, I did not need a study like this to tell me what has been evident in my law office practice for years. Also, most of my colleagues agree. Recent cases of elder financial abuse (click here) already prove that shady characters target seniors. The problem is that many of the abusers are people with a special duty of care and trust over their elder wards.

Because it is so easy to scam the elder, society as a whole must remain vigilant. And that laws already on the books need aggressive enforcement. To learn more about protecting them, contact Ehline Law Firm at 633 West 5th Street #2890, Los Angeles, CA 90071. (213) 596-9642.