Defendants EJ Global LLC and Erika Jayne are in the clear: or they are off the chopping block for now, at least. 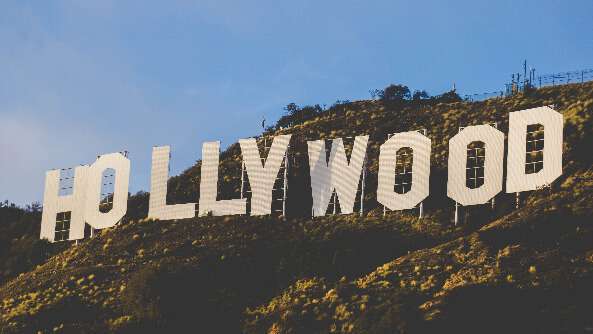 I am injury attorney Michael Ehline. I was friends with Tom Girardi and first met Erika Jayne at the Jonathan Club in Downtown Los Angeles several years ago at an ABOTA meeting. Below I will tell you what I know. Singer, former actress, and reality star in The Real Housewives of Beverly Hills, Erika Jayne, has been dismissed from the ongoing lawsuit against Tom Girardi (her estranged ex-husband) of Girardi & Keese Law firm.

The shamed and famed lawyer has been accused of more than a decade worth of client swindling and fraudulent embezzlement. The decision to remove Ms. Jayne and her company from the embezzlement lawsuit without prejudice or costs came as a welcome relief, we are sure, as it further removes her from her estranged husband, Tom Girardi. He remains center stage in the ongoing federal case.

Tom Girardi (Erika’s ex) is currently facing a fraud lawsuit for allegedly embezzling a sum of $2 million from the settlement funds awarded to crash victims’ families in the Lion Air Flight 610 crash of 2018.

The case was first filed against Edelson PC in 2020 on behalf of the victims’ families for Girardi’s part in fund misappropriation.

Claims state that Girardi of Girardi & Keese purposely mishandled funds from this case and many other clients to support a lavish lifestyle- one also enjoyed by Erika Girardi.

However, in a decision taken by the federal judge presiding and all parties involved in the lawsuit, the now estranged former couple was not in it together, and Erika should not be held accountable in any way for the alleged fraud and embezzlement.

That applies to the Boeing case and all other accusations made.

Legal Relief for Erika Jayne, but Will Accusations Subside?

Although Erika’s legal woes may be behind her (for now), accusations and suspicions may remain.

Jayne’s attorney, Evan Borges, shared hopes that the decision to dismiss Jayne from the fraud lawsuit will mean Tom Girardi’s lawyers, including Jay Edelson, taking the high road and refraining from making unfounded accusations with no evidence to back them up.

Not only Tom’s legal team has been less than favorable in their opinions, with more than a few speculators- from Pulitzer Prize winner Matt Hamilton of the Los Angeles Times to popular gossip columns- assuming some sort of knowledge that Girardi embezzled funds.

Innocently Ignorant or a Willing Participant?

The former couple’s life together was a lavish one. Over 12 years, they lived luxuriously, and Erika reportedly knew how to spend.

Of course, as a successful lawyer at a high-end law firm, substantial income is not overly suspicious. The plaintiff’s attorney vows that Erika did not know that the money was allegedly ill-gotten.

Ghost of Generous Gifts Gone By

Several events of note throw the plaintiff’s claims into question, but with no fact to back them up. One mainly discussed transaction is purchasing a pair of diamond earrings worth $750,000.

The earrings were given as a gift to the then Mrs. Girardi, who knew their value and accepted them knowingly. This fact has been used to show knowledge of wrongdoing, but a California judge disagreed.

As Evan Borges rightfully pointed out, accusing a person of fraud because they accepted a gift from their extremely wealthy husband 15 years before a court case is entirely unfounded and based on nothing more than hearsay.

Divorce of Convenience or a Much-Needed Escape?

Another speculative accusation against Ms. Jayne concerns her divorce from Tim Girardi. Part of the lawsuit against them both claimed the court documents filed were meant to protect Tom and Erika’s money fraudulently.

By divorcing, certain funds were protected from court proceedings and debts owed by Law Firm, GK. Again, the legal team defends the decision and denies all un-based claims it was a simply sham attempt to hide money.

What it is not is enough to base a trustee motion on. A significant part of the case against EJ was based on this accusation, so failure to prove it likely influenced the decision to ultimately dismiss and remove the claims against her from the point.

In the eyes of the law, the truth matters more than accusation and rumor. As far as this case goes, the extent of the solid facts available does not equate to a clear picture of guilt on Erika’s part.

The federal judge and both parties involved in the Indonesian airline, Lion Air, case, and every other claim involved in the clients’ legal fight decided that the facts state Erika Jayne’s innocence in the eyes of the law.

Despite what conclusions others may make, the decision is official and binding.

Is the Road Now Clear for Former Erika Girardi and EJ Global LLC?

Although this federal lawsuit has come to a welcome end for Erika Jayne, the road is unclear.

There is the possibility that Jay Edelson could re-file, but it stands to reason that the dismissal from the lawsuit against Tom triggered bankruptcies for Girardi & Keese. Erika’s business, EJ Global LLC, remains suspended for the time being, and it is unclear if or when things will return to the way they were before. However, she can return to join newcomers Diana Jenkins and Harriet Ryan on Real Housewives.

The legal team defending Erika welcomes all further investigation and says they want the entire truth and all evidence uncovered. With complete confidence that Erika has or had no involvement or knowledge of Tom Girardi’s illegal financial actions, the team hopes to put this case behind them.

We are sure the reality star feels the same and is keen to put this chapter behind her. On the other side of the defense, Tom Girardi and the team have a long road ahead, with significant settlement talks likely.

Find Your Defense with Ehline Law

Facing charges or accusations and need a dedicated criminal defense lawyer or personal injury attorney to fight in your corner? Ehline Law provides a team of passionate professionals who strive to find justice in every case. Speak to LA’s best law team today by dialing (213) 596-9642.

What Is the Easiest Area of Law to Practice for Lawyers?