I am attorney Michael Ehline. I am an expert on California accident law. Many of you may ask what falling asleep while driving has to do with European seatbelts, which is a fair question. Below I will explain how a seatbelt can prevent one of the most common and deadly forms of motor vehicle collisions, falling asleep or being so tired that you threaten road safety. One of the leading factors in the causation of automobile accidents is driver fatigue.

Many of us have heard stories of someone falling asleep while vehicle the wheel of an automobile. And suppose the driver was not even wearing their seatbelt. In that case, most lawyers won’t even help them because California’s law denies accident victims pain and suffering damages for not being strapped in.

Driving While Fatigued – The Facts

Although more common per capita with long haul truckers and cross-country driving, even local automobile drivers near you are at risk, there are many reasons people fall asleep while driving. According to the Centers for Disease Control (CDC), estimates show driver fatigue caused 5,000 to 6,000 fatal automobile accidents (Read more). Driving while fatigued remains functionally on driver competency to driving under the influence of alcohol.

Some other examples of people at risk are night shift workers, people who suffer from sleep disorders, and those who may be sleep-deprived. Identifying and preventing the ill effects of operating a vehicle while fatigued often falls under the driver’s responsibility to know and understand their body. However, new seatbelt technology may help identify if the driver is too tired to drive. 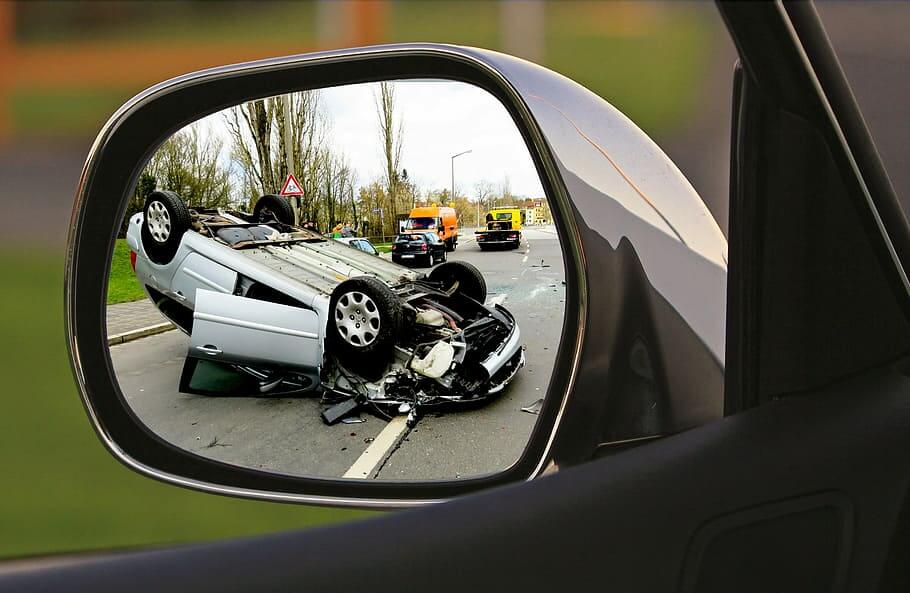 The Instituto de Biomecánica de Valencia (Biomechanics Institute – IBV) has recently developed driver seat and seat belt technology. Most of all, this technology helps people determine whether a driver enters into a sleepy state while driving. The Harken device, named after the European project, was conceived from Project Harken, which uses intelligent technology embedded in its seat cover and seatbelt. The embedded technology can measure the driver’s heartbeat and breathing activity’s mechanical effect while canceling out the “noise” of the car’s activity, such as engine vibrations and bumps in the road.

The Harken device monitors the driver’s physiological state and alertness when exhibiting fatigue symptoms with data collected from measuring the driver’s heartbeat and breathing patterns. And this will allow the driver to take the necessary action to ensure they are driving with enough rest. Also, it helps prevent fatal accidents caused by driver fatigue (Read more). Moreover, this new device can be especially useful in the commercial truck driving industry, where drivers are often required to drive for extended periods. Current federal regulations do a poor job of discouraging or preventing such behavior.

Even if the Harken device technology becomes mainstream, motorists will still need to recognize their fatigue signs.

Here are some warning signs to keep in mind on long road trips:

Driver fatigue is one of the leading causes of severe or fatal accidents. And sadly, unless you were wearing a seatbelt, most of your nearby car accident attorneys won’t touch the case with a 10-foot pole due to violations of California Vehicle Code Section 27315. However, falling asleep at the wheel remains one of the most preventable just by getting sleep, staying sober, and hydrated. Ironically, the device that could save you during an accident may now be able to protect you from having a crash.

Harken’s cutting-edge seatbelt technology listens to a new weapon in the people’s arsenal of accident prevention and saving lives on the roads. If you, a loved one, or someone you know suffered serious injuries from an accident caused by another party’s driver fatigue, you might be entitled to compensation.

It is advised to contact experienced counsel immediately following a motor vehicle crash to be aware of your legal rights. Laws vary from state to state, and it is imperative to retain a zealous advocate to fight on your behalf. For this reason, Ehline Law has set up a 24/7 car accident hotline. And yes, our legal advice remains free for first-time callers wanting to tell us about their crucial legal cases. More importantly, our highly trained staff and attorneys are empathetic.

Our compassionate attorneys want to learn about your case and teach you about your potential injury case’s strong and weak points. And this is only possible because we are good listeners.

We want to hear every aspect of your problem. That way, we can earn your trust and more successfully advocate your position to the other side. In other words, you’re not just a file but a friend.

Ehline Law Firm has offices and meeting places near you in Northern, Central, and Southern California. Contact a Local Torrance Car Accident Lawyer or Greater Los Angeles Personal Injury Attorney. Reach out to us now at (213) 596-9642. Let us help you understand what you are facing as a collision victim.