How Bad Was Flavor Flav Crushed after Boulder Car Crash?

Roosevelt-born hip-hop star Flavor Flav almost lost his life on December 16, 2021. This happened when a loosened massive boulder struck his white Audi in Los Angeles while driving from Las Vegas, Nevada. Social media is blowing up with comments like: “Did Flavor Flav Died?” Let’s explore. 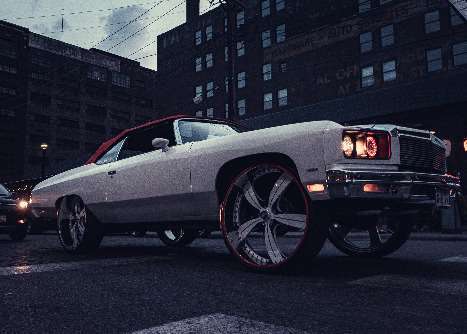 Read about the rapper’s near-death experience. Receive a Free Consultation Today! Near the fatal car, crashes are a danger along the canyon the rapper was struck. And in this article, our personal injury attorney will help you explore how the car accident incident unraveled. Did Flavor Flav receive any physical injuries?

How bad was Flavor Flav crushed after the boulder car crash? What can be done if a falling boulder almost kills you?

Flavor Flav Almost Crushed to Death by a Boulder

The 62-year-old hip-hop artist was traveling from Las Vegas to Los Angeles, which had recently experienced a severe downpour. The rain had loosened up the soil on the cliffs of Los Angeles, and when Flavor Flav reached the La Tuna Canyon neighborhood, one of the loosened boulders rolled down the cliffside and smashed the side of the car, causing the artist to lose control of his vehicle and swerve briefly. Fortunately, Flavor Flav safely got his truck to the side of the road in a fortunate turn of events.

The hip-hop artist immediately called AAA and his team to report the incident and get his car towed. His totaled car, the Audi, was completely smashed by the big rock and needed towing to remove it from the road. TMZ.com reached the scene of the accident and was the first to report it to the media. Pictures showed Flavor Flav worried over the phone, speaking to his team about the incident.

The front right headlight had gotten smashed, while the hood and the vehicle’s right fender were completely crushed as the boulder fell. According to his team, Flavor Flav would’ve had a fatal accident if the boulder had hit his car a few inches to the left. Although it was an extremely close call and the falling boulder totaled his vehicle, Flavor Flav and his personal driver escaped the accident unharmed.

Later, media reports suggested that the Public Enemy star was emotionally shaken and in a reflective state. Flavor Flav called TMZ and told them that he was very close to death and God saved him. He stated that he was super grateful to be alive.

In January 2010, police received a call for an accident in Las Vegas and hurried to the scene to investigate. They found Flavor Flav and another driver in a two-car accident back on that late Wednesday evening. Flav’s car crashed into the sedan in front of him, causing him to briefly lose control. There was severe damage to both vehicles, leaving this “Public Enemy” a bit emotionally shaken and grateful to be alive.

The law enforcement authorities called tow trucks to move the vehicles and reported Flavor Flav in the back of the truck towing his Cadillac Escalade. The artist did not receive any significant injuries, but damage to both vehicles was severe.

Local police had given their opinion on the accident, suggesting that there were multiple accidents in a few days due to heavy rainfall.

Car accidents can occur for numerous reasons, but if you’re injured in a car accident due to another’s negligence, you may have a legal claim. Contact us at +(833) LETS-SUE for a free case review with our legal experts and understand your legal options.