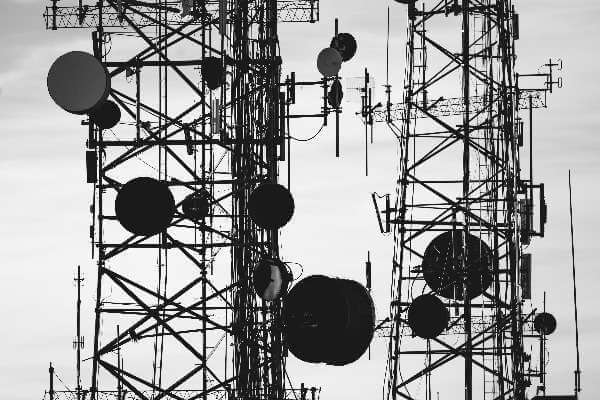 Were you injured by a cell tower?

The conclusion would be surrounding the verdict on whether the cell phone tower is impacting the cows’ health or milk production for 4G.

The Accusation by Frederic Salgues

Frédéric Salgues, who is a farmer in the nearby area where the 4G tower for cell phones, has made an accusation.

He has accused that the health of his cows is constantly deteriorating in milk production and health, and it is all because of the 4G cell phone tower. The tower is located near his farm, where his cows are used for milk production.

Salgues added that all his cows are almost bones and skin due to the tower. For him, it is extremely agonizing because he has been taking care of his cows for a long time. Now, something of a tower for 4G signals is now affecting their health, and he can do nothing but watch how his cows are losing weight and offering up subpar milk production since the antenna installation.

He added that the health of his cows is deteriorating every day, and seeing that makes him cry. He has openly blamed the cell phone 4G tower installed near his farm back in 2021. The cows’ health started to deteriorate ever since the tower installation.

Although the matter may not seem serious to many but one of the courts in southwestern France has heard Salgues call for help that cow milk production has dropped significantly following the antenna installation. Clermont-Ferrand, the administrative court in France, listened to what Salgues had to say about the cow health concerns.

They are taking Salgues’ statement very seriously and have issued an order in favor of Salgues. The French court ordered the 4G antenna switched off over cow health, as others, including environmentalists, are complaining about this new 4G antenna technology. The court has issued an order to keep the tower shut down for two months to see what the outcome would be.

The court has announced that in the two months, they will monitor how things turn out for Salgues’ farm. They will strictly monitor the health of the cows to see if there is an improvement.

The Orders Issued by the Court

In the order, the court issued a statement suggesting that they found the decision to proceed with a temporary cessation of the tower appropriate. They are ceasing the tower and its antenna for two months may unravel whether the antenna installation is the real cause of cows health concerns.

During this time period, they will be monitoring the behavior of the herd as well as the activities of the dairy cows. They will monitor the health of the cows to see if any improvement is being recorded. The judicial expert will be tasked with supervising the entire process to record data and present a well-organized report.

One of the Monaco-based English-language news outlets, The Connexion, is closely covering the entire matter since milk production has dropped.

Salgues Confirmed How his Farm is Affected

From the statement Salgues issued surrounding the matter, the court noted down significant highlights. The court noted the high number of deaths due to abnormal causes and de-nutrition voluntary by the herd.

The court also noted a disruption in the herd’s behavior, which was quite serious. The court even noted the claim Salgues made regarding the deterioration in the production, quantity, and quality of the milk.

In his statement, Salgues also added that his cows are hardly drinking any water. They don’t even get up at night to eat, making them seriously thin. He expanded on his cow health concerns, saying he feels that his cows are feeling sad. He’s hoping the French court orders, 4G antenna switch off over cow health, and public attention will save his dairy farm.

Yannick, who is a fellow farmer and brother of Salgues, backed his brother’s claims. He stated that it is their daily practice to document the milk’s quality, quantity, and production. Ever since the tower has been installed, they have started recording a dip in all three factors.

He confirmed that ever since the tower was installed, they ended up losing 40 cattle in a matter of eleven months. Yannick claimed that under normal circumstances, the death rate of the cattle would only be around 9 or 10.

Defense lawyers for Bouygues Telecom, the mobile operators shut down by the ruling, stated there are:
“no scientific evidence” linking animal health and electromagnetic fields around mobile phone antennas. Yet, here, 40 of his 200 cows had died since the cell tower went active, according to the farmer. This ruling could also affect the rollout of even faster 5G antenna towers in France.

Are You Interested In Suing For 4-G or 5-G Illnesses?

We are interested in hearing about your case. Our serious injury attorneys have won millions on behalf of consumers, and we want to know about cell phone tower diseases and illnesses. Call us today at (213) 596-0642 to learn more.