Galveston Motorcycle Crashes: Multiple Bikers Were Killed on I-45 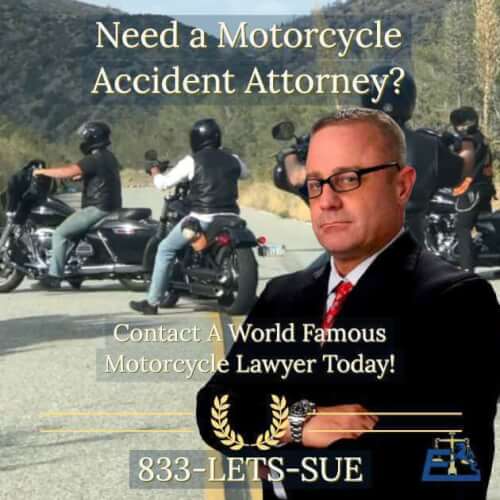 In the first week of November 2022, multiple motorcycle accidents occurred on I-45, resulting in several deaths. Let’s explore the details of the Galveston motorcycle crashes with Ehline Law and our Texas motorcycle personal injury attorneys.

A distress call received by the local police authorities reported the devastating accident on the I-5 involving five vehicles. When the Dickinson police arrived at the scene, they pronounced the 45-year-old man, Julio Caceres, dead. Emergency Services provided first aid treatment at the accident scene to the three drivers injured in the multi-vehicle accident.

From initial investigations, the deceased was traveling northbound on his motorcycle before crashing. According to the Dickinson police, the accident happened near Bay Area Race Way at the 3800 block around 10:50 PM.

Investigations are still underway, and so far, there is no information on the cause of the multiple-vehicle accident.

On November 5, 2022, the next day, following the crash of the 45-year-old motorcyclist, another accident occurred in Galveston.

This time, the accident occurred on the 7700 Block of Seawall Boulevard and was a single-vehicle accident involving a motorcycle.

According to the Galveston police department, the accident occurred at 3:58 PM, and when officers arrived at the scene, witnesses told officers what they saw.

All the witnesses stated that the motorcyclist was heading eastbound when the motorcycle started experiencing a mechanical issue before losing control and eventually crashing.

When first responders arrived at the accident scene, they immediately took the motorcyclist to UTMB Health for medical treatment as the rider suffered life-threatening injuries.

The Galveston police department is currently investigating the cause of the incident.

The same day, on November 5, 2022, a couple of hours later, the Galveston police department received a distress call requiring immediate help with an accident on the 3700 block of Avenue J.

Upon impact, the 39-year-old motorcyclist, Dwight Ball, a Houston resident, got ejected from the motorcycle and suffered fatal injuries, resulting in his death.

According to the Galveston Police Department spokeswoman Sgt Stacy Papillion, two people in the jeep at the time of the accident suffered minor injuries from the crash, with one transported to the University of Texas Medical Branch hospital for medical treatment.

The Galveston Police Department immediately assigned the investigation to its crash team.

The following day, November 6, 2022, a motorcyclist died along the I-45 on Gulf Freeway near the Texas City Wye.

The police have held the motorcyclist’s identity pending notification of his next of kin.

A Lone Star Rally is a four-day motorcycle rally held in Galveston, Texas, attracting bikers and bike enthusiasts from around the United States. About 400,000 people and an estimated 150,000 motorcycles attend the rally annually, making it North America’s largest motorcycle rally.

For a rally of nearly half a million people, the small number of accidents shows the responsibility and care taken by the biker community. However, even one accident is too many, especially if the injuries or death were preventable.

According to the Texas Department of Transportation, 519 motorcyclists died in 2021 in motorcycle accidents, a staggering 7% increase over 2020. What’s shocking is that even though motorcycles comprise 2% of all motor vehicles in the Lone Star state, they accounted for 12% of fatalities in 2021.

One of the most common causes of motorcycle accidents is the failure of motorists to detect motorcycles due to the vehicle’s small size. It makes it difficult for a driver in a pickup truck or any other vehicle to see a motorbike, especially if it is within the vehicle’s blind spot or hindered by another object. A motorcycle’s low visibility is an unfortunate characteristic that can result in a motorcycle accident.

Besides low visibility, there are other causes of motorcycle accidents in Texas, including the following.

A significant number of motorcycle crashes occur when the driver or the motorcyclist makes a left turn.

It can be difficult for a driver to spot a motorcyclist in their blind spot even if they look into the side-view mirrors, which is why they must practice defensive driving techniques.

Since motorcycles are less stable than other vehicles due to their lightweight, they can easily lose traction on wet surfaces, leaves, sand, or gravel, causing the motorcyclist to lose control.

Bumps, cracks, and potholes are serious hazards for motorcycles and are often critical factors in many motorcycle accidents.

According to the National Highway Traffic Safety Administration (NHTSA), in 2017, 31% of all motorcycle accidents in the United States involved speeding.

At higher speeds, the front wheel of a motorcycle may wobble, increasing the risk of an accident. Motorcycles are also quick to reach top speeds, and riders may be unaware of how fast they are driving the motorbike. Suddenly braking in emergencies at top speeds often fails to slow down the motorbike or causes the motorcycle to slip, resulting in a severe accident.

The Insurance Institute for Highway Safety report in 2020 revealed that 27% of fatally injured motorcyclists had a BAC greater than the legal limits. In single-vehicle crashes, this was 41%.

Alcohol can seriously impair the balance, coordination, reasoning, and judgment of riders and drivers, and it even slows down their reaction time, resulting in a motorcycle crash.

Can You Sue for Injuries in a Lone Star Rally Motorcycle Accident?

There is nothing wrong with joining the Lone Star Rally among fellow bikers and enthusiasts for a bit of open-breeze fun. However, it is crucial to excise caution and ensure reasonable care when riding a motorcycle during or after the rally.

When someone suffers injuries in a motorcycle accident due to another’s negligence, they can pursue legal action against the at-fault party, whether it is another rider, motorist, or government agency.

An injured victim can recover medical bills, lost wages, property damage, reduced quality of life, and other damages. If someone loses a loved one in a motorcycle accident, surviving family members can pursue funeral and burial costs, loss of consortium, and more.

If you’ve suffered injuries in a motorcycle accident or lost a loved one, you must speak to an experienced personal injury attorney to learn more about your legal options. Contact us at (833) LETS-SUE for a free consultation on your case.