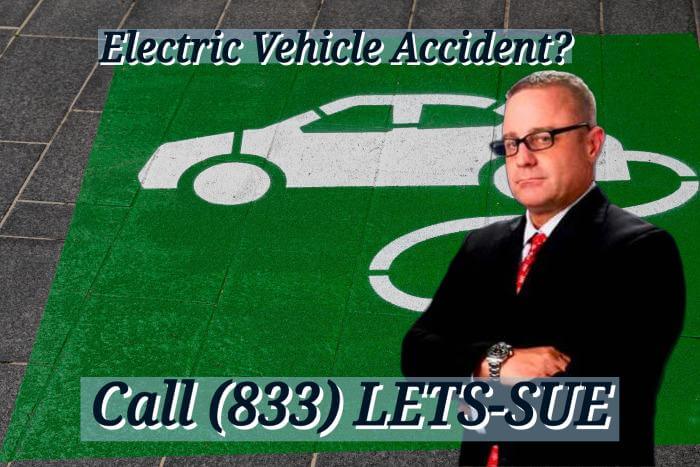 However, this is no longer happening, and many people are surprised. General Motors said the new plant would be built in Mexico instead of America. This plant will be built in Ramos Arizpe, Mexico. That is where the all-electric Chevrolet Blazer is going to be built.

It is known that the Chevy Blazer is already being built at that particular plant, which is why some people may say that they shouldn’t be worried about an electric vehicle being built there. However, General Motors said the vehicle does not share anything from the original model. Many people don’t understand why they would build their electric vehicles in Mexico and not provide any jobs to Americans.

When this all happened, Musk did take to Twitter to make his stance clear. He pointed out that Tesla is one of the most American-made cars on the market, which was a good shot at General Motors. This also came after the Biden administration and the Transportation Secretary both purposefully left Tesla out of the clean-car event. They said that Tesla felt more like a luxury brand.

Not only were UAW members invited, but the UAW president was in attendance as well. Additionally, he began to speak about how he wants electric vehicles across the country, which will happen if they are affordable and accessible to everyone. He does not wish electric vehicles to be considered a luxury in the global business. However, the General Motors Blazer is still a pretty penny.

The reason why Tesla was not invited was that only the three largest UAW employers were in attendance. Additionally, the fact that Tesla moved the plant from California to Texas was a big surprise to many government officials.

What Is the UAW Saying About General Motors?

The UAW has a lot to say about Tesla, but the group also spoke up about GM and what is happening there. Everyone was under the impression that there would be a plant for people to build electric vehicles in America, so there could be more jobs in the country. However, the UAW also received a slap in the face like everyone else when the new GM plant news came out.

GM has been asking for a large investment made by the U.S. government in subsidizing electric vehicles, but the UAW is not impressed. These American government subsidies should be given to companies that produce electric vehicles inside America. The president said that since the cars are being made in Mexico but sold in America, they should be made by an American workforce.

Taxpayer money should not be given to a company making electric motors outside the county because they should be promoting jobs here. Also, it was released that the significant investment from the American government and the subsidies help create good-paying jobs for Americans who want to move into the electric vehicle future. However, these subsidies can be given to companies that utilize labor outside America, so they can still benefit from federally funded money for electric vehicle manufacturing.

The UAW will not support this plan, so the UAW members are speaking with the president to ensure that taxpayer money is not given to companies that produce electric vehicles outside of America. Not one American dollar should go toward companies that do not want to help American families.

What Does GM Have to Say?

GM has come to its defense against the UAW. A spokesperson has said that the company will be creating good-paying jobs for Americans since the company is planning on transitioning to an all-electric future. The company said there would be jobs in Lordstown, Spring Hill, Ohio, and Tennessee. Still, the company failed to communicate that this might mean American workers would not be unionized.

There are plans to make the Chevy Bolt electric, while the Chevrolet Equinox will be built in Mexico.

Accidents can happen when working in a factory job, but when someone is not unionized, they need someone in their corner. The team at Ehline Law Firm is here to help workers who need assistance with the new unions that are putting new laws in place. Also, they are here to help when a company is taking advantage of workers because they are not unionized.

If someone needs help, they should speak with a team member.

Electric cars are the way of the future, which is why people are looking at buying them, but they are still too expensive for the average person to purchase. With prices still too high, governments will struggle to get their people to buy a car. Also, these constant changes will be complex for many people to keep up with, but that is why people should always read up on what is happening around them.

If someone wants to buy an electric Blazer, they will be looking at the starting price of $45,000, but it can go all the way up to $66,000. Even though the Tesla Model Y is more expensive, they are two cars that people will struggle to purchase. Also, the average gas-powered car is much cheaper, so people will continue to buy one. You would be looking at spending $25,240 on a regular car.

United Auto Workers Are a Part of the Discussion Too

One of the biggest factors with Tesla is that there is no union. Musk has publicly said that United Auto Workers should not unionize the workers because they are receiving better benefits right now without it. He said he believed they would fail to make a union and that the people would not vote for one.

Tesla then received a slap in the face by Jen Psaki, the press secretary for President Joe Biden. She said that since Tesla was not unionized, that had an impact on the company not being invited to the event. Obviously, she recognized that Tesla has the same goal as every other electric vehicle maker; not only was UAW members present, but the president was in attendance to be a part of President Biden’s discussion.