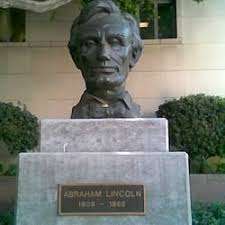 It allows for certain treble or triple the damages in some med mal cases since Jerry Brown-capped pain and suffering damages about five decades ago. But it doesn’t help much for plaintiffs against negligent physicians compared to the injustices.

“Had the MICRA rules limiting pain and suffering awards been adjusted annually for inflation, the cap would now be $1.3 million. Instead, it has remained at $250,000.” (Source, LA Times.)

On May 23, 3022, California Governor Gavin Newsom signed new legislation, AB 35, which will prove a historic agreement. The legislation signed by Gavin Newsom will purportedly ensure that injured patients are pretty compensated even when there are wrongful death cases.

Gavin Newsom, currently acting as the Governor of California, has signed the new bill and recognized the actual suffering of patients and families. Gavin Newsom’s signing will allegedly do a lot for every family and injured patients by implementing legislation to modernize the healthcare system.

Who Proposed the New Law

One of the main characters responsible for presenting the new law was Tom Umberg, the Senator in the State of California. Then it is Eloise Gomez Reyes, the Assembly Majority Leader. She, alongside Umberg, submitted the new legislation for review and approval to increase pain and suffering damages, help keep up with inflation, etc.

More Supporters of the Movement

Apart from the above, other supporters who backed the ruling were injured patients, families, hospitals, medical professionals, consumer groups, consumer attorneys, trial attorneys, and healthcare insurers. Even one of the major sports personalities, Scott Olsen, backed the move and fought to give people access to more fair treatments against medical malpractice cases.

Both Sides of the Ballot Measure Campaign Found Common Ground

Decades ago, the matter of wrongful death and non-death cases was raised, including the non-economic damages. However, the patient groups never found a solution due to the political interference from both sides.

Because of the ridiculous MICRA law signed by former Governor Jerry Brown, few lawyers would even touch a medical malpractice case. This new law will likely do little to encourage lawyers. The costs of hiring medical experts have risen far beyond even these new damages caps that only operate to punish consumers, especially with record-high inflation.

Finally, a rare opportunity was available to get the issue of medical malpractice fixed for good. However, the healthcare delivery system must be changed/improved.

to deal with medical malpractice casesThe political spin is that this was a completely rare scenario, witnessing the government and the opposition not working for their benefit. The propaganda is that Governor Newsom did it for the people of California to protect their interests, making their visits much easier at the hospitals, etc.

With both sides of the ballot measure campaign on the same page, people will have access to fair medical treatments in California, according to pundits and lobbyists.

What Does the New Law has to Offer?

If the law couldn’t help Scott Olsen or other major sports personalities, others could benefit from it in California.

Until now, the particular legislation has lower limits, and even the cap is lower. Despite the injustice, the legislature had to ensure the limits were being adhered to please the medical-industrial complex.

“Gov. Jerry Brown signed MICRA into law in 1975 amid concerns that doctors were retiring or leaving California due to rising insurance premiums, blamed on sizable malpractice awards. Under the law, the state caps pain and suffering awards in medical malpractice cases at $250,000, regardless of how many healthcare providers are found to be negligent.” (Source – Los Angeles Times.)

With the induction of the new changes, our single-party legislature argues it will be able to provide more cushion and support to the patients through separate caps.

The new legislation has changed the tier system from stage-based compensation plans. The state argues lawyers collect a very high percentage of patients per successful recovery. (Mind you, few lawyers will even take a med mal case.)

So the answer to make things fair was to make sure lawyers would want med mal cases even less by placing more caps on what the plaintiff’s lawyers could receive with respect to the collection fees.

Attorney’s fees will have a cap based on each stage of the recovery process. Out of the two caps, the first one represents wrongful death cases, and the second one includes non-death issues.

After a decade of increases, the cap would be adjusted annually by 2%.” (Los Angeles Times.)

According to Eloise Gomez Reyes, this is a considerable step Governor Newsom has taken. He has strengthened his presence and popularity in the state of California. She thinks it will be a huge leap for the state’s medical sector and will help people on a very large scale.

She thinks that for the first time in decades, the government and the opposition have made a decision in favor of the people of California. The changes, according to her, will remain for several decades, providing a considerable advantage to the residents.

Robert E. Wailes added that it is an excellent step for the well-being of people. The passing of the AB 35 ruling means that the government is making the right decisions during very harsh times. This will be a massive help for the people living in California and would also work as an inspiration for other state governors.

Tell Us What You Think About the New Med Mal Legislation

Ehline Law Firm will not be handling med mal cases. From our perspective, this law will do little to encourage personal injury lawyers to take these cases. Doctors still get a pass with this one, lawyers have less incentive to help, and damages are still capped. Why? Why can lawyers be charged civilly to pay their fair share in a legal malpractice case, but doctors can escape by paying a small portion of the damages they caused?

Use our free online contact us form, or call us today to sound off at (213) 596-9642. Our Los Angeles personal injury lawyers are always willing to consider promoting ideas and help draft legislation to keep California patients and families safe.

Are Discovery Sanctions the Same as Spoliation Damages?