I was one of the many that bought into the hoverboard hype. It looked fun, my kids wanted one, and frankly, I was drawn in by the idea of an automated skateboard. However, I knew it was simply an accident and a lawsuit waiting to happen. I’ve been a personal injury lawyer for long enough to recognize what potential accidents might occur. Not long after that, the reports started flowing in: Hoverboards explode. It was a PR nightmare, especially for manufacturers.

The hoverboards would spontaneously combust while charging and while being ridden, and in one instance, one burst into flames while idling. This has resulted in various lawsuits popping up left and right. One family lost their home because their son’s hoverboard caught fire.

Why Is This Happening? Understanding The Risks of Purchasing And Using A Hoverboard.

With the world breathing down the neck of tech experts, everyone wanted to be the first to fulfill the promise of releasing a hoverboard in 2015. This might have caused faulty manufacturing as factories rushed to fulfill the public’s demand.

Due to the coming boom of predicted sales, this might have motivated some to create their own hoverboards to compete with the new market. Kickstarters and Indiegogo campaigns for hoverboards were all the rage, and some might have cut corners in order to speed up the process. There might even be some who, looking to make a quick profit, decided to imitate technology that they didn’t quite understand. This led to an influx of counterfeit products.

True enough, one of the franchise owners of IO Moonwalkers got a hold of a faulty Hoverboard which broke upon use. When the hoverboard was inspected, it turned out to be a counterfeit. His team discovered the use of duct tape and missing parts. Now, this could constitute a counterfeit claim, but we’ll get to that in a bit. Since hoverboards are unregulated, there aren’t specific national standards that manufacturers have to adhere to. America relies on manufacturers to test the products themselves and show documentation of their products being certified, based on their own requirements.

National Trading Standards have released a report that highlights 88% of hoverboards are deemed unsafe due to “issues with the plug, cabling, charger, battery, or the cut-off switch within the board, which often fails”. What does that mean for victims of this irresponsibility?

This Is What Victims of Hoverboard Related Injuries Should Do.

Burn injuries, lost homes, thousands of dollars in damage, smoke inhalation… These are just examples of what a hoverboard is capable of. Since there is such a large number of people who have experienced suffering due to hoverboards exploding, you can participate in a class-action lawsuit with the other plaintiffs of the case. You will be updated regarding the lawsuit, but you can also choose to pursue an independent claim. Upon proof of damage caused by the hoverboard, you can obtain reimbursement for damages and other costs incurred due to the hoverboard exploding.

Medical fees, treatment, lost wages, all fall under economic damage. You can also pursue punitive damages and non-economic damage, which includes pain and suffering, done to your person and your mental health. Seek a lawyer that is proficient in personal injury law to attend to your case. He will be able to tell you what you need to do in order to win the case and win the sympathy of the jury.

Do note that any damages or suffering that happened due to a negligent user should not attempt to engage in seeking a claim. What constitutes a negligent user? Somebody who did not follow the instructions given by the manufacturer and used the hoverboard in an unsafe manner.

Due to a faulty cut-off switch, the battery might continue to charge when it’s full which will cause it to overheat and explode. In some of the cases I’ve seen, they can’t do anything when the hoverboard explodes. They aren’t able to put out the fire in time and the house catches fire. Always keep an eye on the hoverboard or set a timer to remind you to turn off the switch when it has reached its recommended charging time.

Always Check The Legitimacy Of The Website You’re Buying From.

Does the website have a lot of spelling or grammar mistakes? Chances are, you’re not dealing with a professional. Don’t be dazzled by their great prices because you’ll be taking a chance with your life. Look at the reviews left by other buyers, are they happy with the service and their purchase? Reviews can tell you a lot about a seller’s authenticity. But sometimes, there might be fake reviews.

Anything overly positive and bordering on promotional is likely to be fake reviews. Check to see if you can find a support line if you can’t locate one, it’s best to move on to another site because you want to make sure you can contact someone in the event something goes wrong.

I Am The Victim of a Counterfeit Hoverboard - What Should I Do?

You have the legal right to have the counterfeit product refunded. It is a federal crime to sell counterfeit products, and if you have the necessary documentation or evidence to prove that it is indeed counterfeit, you can make a claim under the Lanham Act. But do note that the counterfeit hoverboard must look almost, if not completely, identical to the authentic hoverboard. You will need to get in touch with the authorities and report your case. You will be then requested to handover any documentation you have procured in order to help with the investigation. The packaging, seals, brand name, etc, should all be photographed as evidence.

To assure you win your case, you should alert the authorities as soon as you discover the hoverboard is a fake, and help the American economy fight against the crisis of piracy. However, do note that grey market goods are not eligible for any kind of reimbursement, and if you choose to make a purchase from third-party platforms that are not an official representation or direct distributor of the brand, you get what you pay for.

What Has This Done To The Hoverboard Industry?

Recent reports have announced that hoverboards of 2020 will no longer pose a fire risk. However, consumers must follow strict instructions on how to charge and use the hoverboard. This hasn’t stopped accidents from happening. Just April of 2020, a house was burned down when a hoverboard malfunctioned. The fire displaced 5 families and incurred damages of over $325,000 USD. Airlines and some couriers have decided not to risk it and have banned hoverboards from being shipped.

It caused the US Postal Service to suspend all parcels containing hoverboards and American airlines such as American, Alaska, Delta, Hawaiian, JetBlue, Southwest, and United Airlines stopped passengers from bringing them on board. If you have been a victim of manufacturing negligence of hoverboards, contact an attorney today and learn about your rights as a victim of personal injury. Call Ehline Law Firm Personal Injury Attorneys now at (213) 596-9642. 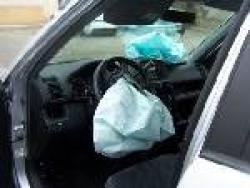 Jun 25, 2020
Are there Cancer Causing Chemicals in Colgate?