How Glyphosate Infiltrates Your Brain – You May Have a Legal Claim! 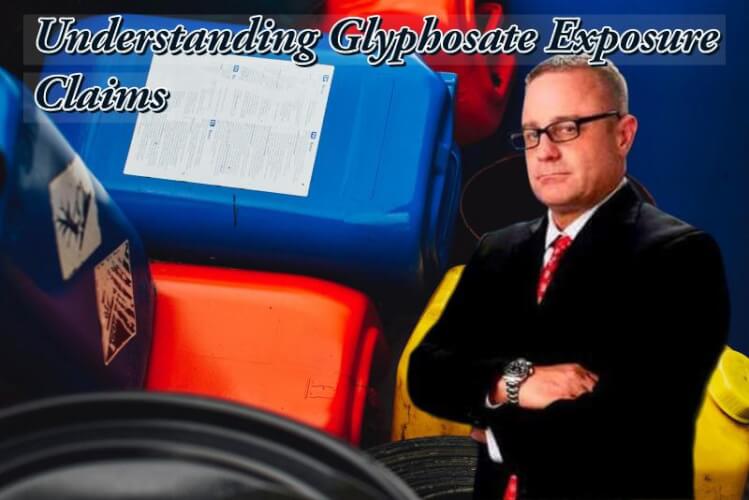 You May Have Legal Claims!

Research published in 2022 by Arizona State University reported that glyphosate infiltrates the brain, suggesting potential adverse health effects for Roundup users. The research shows that glyphosate successfully crosses the blood-brain barrier, enters the human brain, and can even onset of Alzheimer’s Disease and Dementia in a dose-dependent manner. Once inside, it enhances levels of a critical factor known as TNF-α. TNF-α TNF-α, which means tumor necrosis factor-alpha. When it does, we can help the victims. Ehline Law and our injury attorneys advocate for injured victims suffering from exposure to toxic substances, including Agent Orange, glyphosate-based herbicides, and other broad-spectrum herbicide problems like cell biology division in brain tissues.

We have recovered more than $150 million in compensation and helped over 3,000 injured victims. If you’re experiencing health problems following herbicides, including Agent Orange, contact us to learn more about your brain tissue post-exposure rights.

Glyphosate and Its Link to Non-Hodgkin’s Lymphoma

The glyphosate herbicide use became popular in the early 2000s, becoming Monsanto’s best-selling product. Eyeing the opportunity, Bayer acquired Monsanto for $63 billion. When Bayer purchased Monsanto in 2018, it also acquired a hoard of legal problems Monsanto was facing. Soon, thousands of lawsuits from citizens complained about health problems with correlations leading to glyphosate-based herbicide use. The cell death in cortical neuron lawsuits all made their way to Bayer.

In 2015, the World Health Organization (WHO) identified glyphosate as a carcinogen. It warned consumers about exposure’s potentially toxic effects and health risks, such as brain and spinal cord damage, non-Hodgkin’s lymphoma, and other cancers. Before the 2015 WHO warning, many studies conducted in the past, including “A case-control study of non-Hodgkin lymphoma and exposure to pesticides” completed in 1999, suggested a link between glyphosate exposure and non-Hodgkin’s lymphoma. A 2013 research suggests that glyphosate induces human breast cancer cell growth through estrogen receptors.

Previous studies, such as the 2011 “Aseptic meningitis in association with glyphosate-surfactant herbicide poisoning” and many more, have shown that once in the environment and you become exposed, glyphosate crosses the blood-brain barrier and leads to cell death in vitro models. However, it did not extensively study glyphosate in human brain models or those pathology effects. Findings from previous research also suggest that exposure to herbicides for six weeks in adult rats leads to peripheral blood inflammation.

It also revealed that glyphosate exposure resulted in a detectable tumor necrosis factor-alpha (TNFα) in the examined sample rat’s liver. A 2010 research suggests that a healthy brain’s TNFα levels are pretty low. However, those suffering from cancer, psoriasis, inflammatory, and neurodegenerative diseases have shown increased levels of TNFα molecule in their brains. There is a strong link between TNFα and the progression of Alzheimer’s disease.

A 2017 research study on chronic exposure to glyphosate in mice revealed changes in brain-related function but did not establish whether the substance infiltrated the brain, inducing cell death. But things are changing.

A 2022 study explores the connection between glyphosate and neurodegenerative disorders by experimenting on 48 four-month-old mice. The mice received various doses of glyphosate per day for 14 days to study the effects of the substance. On the final day, the researchers collected urine, plasma, and brain samples to analyze for any anomalies. Let’s examine the experiment’s results and determine how glyphosate infiltrates your brain.

In the mice, the experiment revealed that an increased dose of glyphosate led to increased glyphosate levels in the brain. There were also higher levels of aminomethylphosphonic acid (AMPA), glyphosate’s major metabolite.

The findings of the study also revealed an increase in the following:

Collectively, the study suggested an increase in brain TNFα from glyphosate exposure.

The researchers analyzed blood plasma to determine the effect of glyphosate on the levels of TNFα in the periphery.

The findings of the experiment showed a significant dose-dependent increase in the levels of the following:

It also showed effects on the hippocampus, cortical homogenates, and cortex. There is a significant relationship between glyphosate and TNFα in the brain, especially in specific regions.

Different linear correlation models revealed a positive correlation between the levels of the following:

Key Takeaway of the Recent Experiment and Neurodegenerative Diseases

Dose-dependent glyphosate accumulation infiltrating brain tissue in the human body is natural. Brain tissue revealed glyphosate entered the brain of test subjects, including mice. Chronic pesticide exposure in testing shows significant health problems in glyphosate-treated groups compared with the general population. So if you work around corn and soy crops, you will likely have a higher, more significant dose-dependent response.

Persistent exposure means farm workers in the Central Valley of California will have higher environmentally relevant concentrations and a greater chance of contracting brain disorders over their lives. Additionally, like Agent Orange, neurological disorders can lead to dysregulated gene expression, DNA damage/congenital disabilities/disfigurement. Other conditions can include neurodegenerative diseases like Alzheimer’s and oligodendrocyte development.

Are you worried about differential expression analysis results after dosage regression? The recent study raises awareness of glyphosate exposure’s detrimental effects and potential hazards on the still using glyphosate products.

If you’re suffering from health conditions and are using glyphosate-based herbicides/pesticides, there is a likelihood that the herbicide has something to do with your deteriorating health. Contact us at (213) 596-9642 for a free consultation with our legal experts, as you may qualify for compensation after glial cell development from pesticide use.