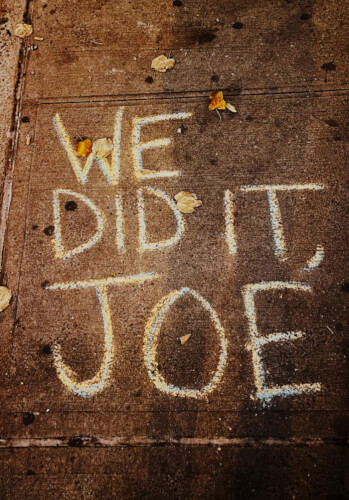 This Ehline Law blog will cover the Hunter Biden story that has made its way to the White House.

Under the Foreign Agents Registration Act 1938, those working for a foreign principal (including influential private interests and foreign companies) must register with the government. However, those violating the law under the 1938 Act may face up to five years of jail time and a $250,000 fine.

The Justice Department is currently inquiring about Hunter Biden’s taxes and foreign business dealings. While Biden was on the board of Burisma, a Ukrainian energy holding company for a group of energy exploration and production companies, he introduced Burisma’s top executive to his father, President Joe Biden. The latter, at the time, was the United States Vice President.

Later, evidence revealed that the US vice president at the time pressured Ukraine into removing someone investigating the holding company, a move that raises questions about the type of business deals Hunter Biden was carrying out.

Buried in Biden’s laptop, the federal investigation team found a 47-minute audio clip of Hunter Biden discussing his relationship with the top executive of CEFC, a Chinese conglomerate company. The audio clip also revealed a $1 million retainer contract with Biden for matters related to US law.

The company was intimately involved in shaping the US policy towards China when Joe Biden was the vice president of the United States. According to government records, over 14 months, Hunter Biden and his uncle received over $4.8 million for agreeing to represent Patrick Ho, a CEFC official.

In 2017, another agreement with the CEFC took place that stated Hunter would receive a one-time payment of $500,000 while James Biden would receive $65,000 monthly, another dent in the Biden story.

Further records from Biden’s laptop showed his meetings with foreign officials. One such meeting with Crown Prince Alexander Karadordevic of Yugoslavia revealed that the prince asked Hunter to put in a good word with Joe Biden.

Craig Engle, a FARA expert, shared his views on the incident stating that if Hunter relayed the foreign official’s message requesting government assistance from the US, it would constitute a FARA registrable event. Craig Engle says that FARA has become a part of the investigation given the nature of the client and work and Hunter’s relationship with Joe Biden.

These are just some of the few business dealings reported by the Washington Examiner and many others, raising serious concerns that Biden may be cashing on his father’s political stature, leading to a FARA registrable event.

According to George Washington University Law Professor Jonathan Turley, the case was already substantial, but the recent disclosures of additional foreign contacts further bolstered the case against Hunter Biden.

Besides facing the consequences under the FARA Act, Biden may also face scrutiny over tax avoidance and not disclosing the truth about his illegal firearm purchase.

Law Professor Turley also spoke about the influence-peddling schemes that directly reference Joe Biden as he could also be the receipt of the funds.

In June 2022, Sinopec, a Chinese oil and gas enterprise based in Beijing, purchased 950,000 barrels of American Oil during the Biden administration. Hunter was also tied to the deal, one of the additional foreign contacts founds during the investigations.

The FBI found text messages on Biden’s Laptop that indicated that Joe Biden was a beneficiary of the funds received by Hunter from his overseas business deals. The evidence revealed that Hunter was paying for his father’s expenses while in office during the Obama administration.

According to the attachments, some of the expenses included:

Tony Bobulinski, Hunter’s former business partner, gave an interview on fox news stating the details of the deal between Hunter and CEFC and shed light on the email sent by James Gilliar, another partner in the venture, regarding the percentage splits. It included a 10% share for Joe Biden too.

In his new book, Peter Schweizer, an American political consultant, illustrates how the Hunter Biden Story became a Joe Biden story. He explains that Joe Biden is a planet, and the moons of the family, Hunter Biden, and others revolve around it.

Unequal Application of Justice in the Land of the Free

The evidence in the Hunter Biden story suggests not only the involvement of Hunter Biden with foreign corporations but also a request for US government assistance to the foreign principals.

Ron Johnson, a Republican senator, expressed his views on FARA, stating it has been a challenging law to prosecute, historically, regarding Democrats and the Elites of this country. Some legal experts are skeptical that the Department of Justice will play its role in ensuring swift and equal application of justice in the country. Many believe Hunter will face watered-down charges and a plea agreement that could lead to sealing records, denying Americans the truth, and the deep-rootedness of Biden family corruption.

At Ehline Law, our personal injury attorneys dedicate their lives to ensuring swift justice for injured victims across California. If you’re suffering injuries due to someone else’s fault, you need a reputable and skilled attorney to represent you and help recover compensation.

Whether it is motorcyclists or the justice system in the country, there is a certain bias everywhere that can become a hindrance to seeking justice. However, our attorneys are ready to stand by your side and fight for your rights. Contact us at (833) LETS-SUE for a free consultation with our legal experts on your case.