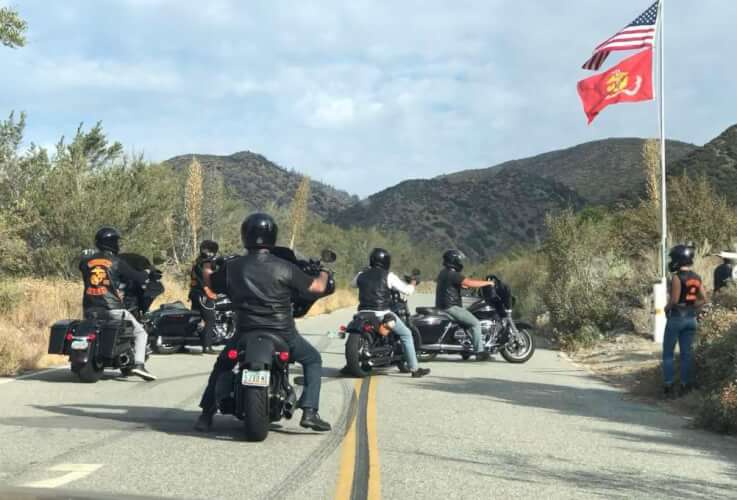 Breaking Story – Immigrant Gets off for Killing Vets

On June 21, 2019, a 23-year-old Ukrainian man crashed into ten groups of bikers on a highway near Randolph in New Hampshire.

The police arrested the young man a day later, charging him with seven counts of negligent homicide for killing seven motorcyclists. After spending three years in prison, on August 9, 2022, the Jury acquitted the commercial truck driver of all charges.

Volodymyr Zhukovskyy, a Ukrainian national 23 years old, was driving a commercial 2016 Dodge 250 with a flatbed trailer on a two-lane highway passing through Randolph, a small town in Coos County, New Hampshire, when he suddenly had a fiery collision with a group of 10 bikers.

The accident resulted in the deaths of seven motorcyclists who were members of the Jarheads Motorcycle Club; 6 of them were former Marine Corps soldiers.

The New Hampshire law enforcement authorities received a distressing call about a fiery collision. Upon reaching the accident site, the reporting officer saw the bodies of 7 bikers untidily scattered across the grass and their motorcycles totaled and on fire.

A day after June 21, 2019, police reached Zhukovskyy’s residence in West Springfield and took him into custody.

On June 24, 2019, the police brought the 23-year-old to court, where media channels captured the young man looking down at his feet. According to the authorities, he would face arraignment on June 25, 2019.

The police charged Zhukovskyy with seven counts of negligent homicide, seven counts of manslaughter, and one count of reckless conduct. In his charging documents, the prosecutors stated that Zhukovskyy was driving erratically across the double yellow center line resulting in the deadly collision.

According to the police records, the devastating accident on June 21, 2019, wasn’t his first interaction with law enforcement authorities.

On May 11, 2019, law enforcement authorities received a call complaining about a man revving his truck engine and frantically jumping up and down outside his vehicle. The police arrested Zhukovskyy under the suspicion of drunk driving after they asked him to take a sobriety test which he failed.

In 2013, police arrested Zhukovskyy for drunk driving in Westfield, placing him on a year of probation and suspending his commercial driver’s license for 210 days.

Immigration and Customs Enforcement (ICE) filed an immigration detainer that would lead to the deportation of Zhukovskyy after his release from detention. According to court filings, the ICE also requested the relevant department for Zhukovskyy’s 2017 cocaine and heroin conviction.

Speaking to the Herald, Zhukovskyy’s father stated that his son had just received his US green card. He also expressed sadness over the incident and was sorry for the grieving families.

In 2020, the National Transportation Safety Board (NTSB) reported that Zhukovskyy was influenced by seven different drugs, including heroin, fentanyl, and cocaine.

The report also revealed that Zhukovskyy had a suspended license in Connecticut. The federal investigators stated that the accident probably occurred because Zhukovskyy, the truck driver, was crossing the centerline and into an oncoming motorcycle convoy because of his impairment.

Zhukovskyy was facing eight charges related to drug and alcohol intake before the accident that killed seven members of the Jarheads motorcycle club.

However, last week, Judge Peter H. Bornstein of the Superior Court cleared Zhukovskyy of all those eight charges, citing insufficient evidence of impairment.

On August 9, 2022, fast forward three years since the incident, Zhukovskyy made his final appearance in court as the 12-day Trial ended. In the closing statements, both lawyers had the opportunity to offer their views on who the responsible party was.

The Defense Argues Their Case

Defense attorney Jay Duguay argued that Albert Woody Mazza Jr., the president of Jarheads Motorcycle Club, was drunk and did not look where he was going causing him to lose control of his bike and crash into the oncoming truck.

Duguay stated that the accident reconstruction team hired by the prosecutors contradicted their theory of Zhukovskky crossing into the oncoming lane, killing seven members.

The defense hired an expert to investigate the accident who testified that the crash would’ve happened whether or not Zhukovskyy was in the middle lane because Mazza’s motorbike was heading in that direction.

Duguay also stated that the witnesses brought forward by the prosecutor recalled “completely different irreconcilable recollections.” Duguay pointed out that the bikers “shaded” their accounts to protect Mazza. Duguay stated that since the beginning of the case, it seemed that the state had already made up its mind about the incident involving Zhukovskyy.

Prosecutors Hit Back at the Defense

The prosecutors argued that Mazza’s impairment had nothing to do with the accident. Prosecutor Scott Chase, an assistant attorney general, stated that the witnesses did see Zhukovskyy all over the road before the accident.

He also stated that his prior record should’ve resulted in a ban on his Massachusetts commercial license. However, he did have one, as the Registry of Motor Vehicles failed to act upon it.

Witness accounts described a gruesome picture of the incident, with some stating how Zhukovskyy’s truck plowed through the motorcycles like a bowling bowl, and others stated that it pinned one of the bikers.

Prosecutor Scott Chase acknowledged the inconsistencies in the witnesses’ statements. Still, he asked the Jury to remember how the crash happened in New Hampshire and that Zhukovskyy told police earlier that he caused it.

Jury Acquits Zhukovskyy, Not Guilty Verdict After 3 Hours of Deliberation

On August 10, 2022, the Jury spent less than three hours of deliberation before concluding that Zhukovskyy was not guilty of the allegation that the drugged-out truck driver killed seven motorcyclists in New Hampshire.

The verdict became the center of media attention, causing anger and shock. The republican New Hampshire Governor Chris Sununu tweeted his disappointment that the fallen seven did not receive justice. Mazza Jr’s father stated that he could not believe the Jury’s decision.

Many Americans are questioning, “is the American justice system teetering on the edge of dissolution?” but in reality, it is much stronger than ever. Understanding that a solid legal team can make a massive difference in a case is crucial.

If you suffered injuries or lost someone you love to another’s negligence, contact us at (833) LETS-SUE for a free consultation with our experienced California personal injury lawyers.