The injuries were sustained in a Louisiana truck explosion, an on-duty accident, around 9 a.m on a Saturday in December. 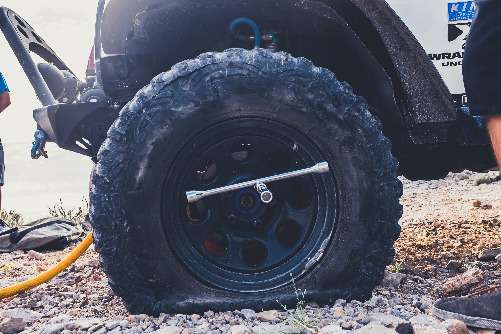 Henry served as a firefighter at South Bossier Fire District 2 Station No. 4. He maintained a truck tire at one of the district’s stations over the weekend when the tire on the fire truck exploded without warning. Jessie didn’t manage to escape and was declared dead that night.

Gray Young, the chief of training for South Bossier Fire District 2, stated, “The inner rim of the tire popped off of the wheel itself and chrome wheel simulator — a chrome hub cap inside of that wheel — struck him, and he was blown approximately 20 feet.” Young also mentioned the mixed martial arts fighter recently started his dream of becoming a paramedic by studying to continue his certification.

He was immediately transported to Ochsner LSU Hospital post-incident; however, this was the hospital where he later died after succumbing to his life-threatening injuries.

A Military History and Community Server

Before becoming a northwest Louisiana firefighter, Jessie served in the U.S. Army for four years and was an active part of the Army Reserves. Furthermore, he had a non-profit that gave scholarships to young students.

The MMA World Lost a Legend

Henry had a 2-2 record as an MMA fighter. His last victory came in against Andy Carrington in April – he won by a split decision. Henry’s previous match was against Craig Grove.

His Family was Ripped Apart

He was survived by his 9-year-old daughter at the time, Karmen. His uncle also worked as a firefighter in Texas. We offer our condolences to his family and friends.

Authorities haven’t said what kind of maintenance he did when working that day. However, Henry’s family members told sources that a tire sensor hit Jessie in the head.

Attorneys Are Looking at This Case

The attorneys at Circle of Trust have been working with wrongful death, personal injury, and product defect law for eight years. Thus, the nature of the incident brings numerous questions to mind.

Many Questions to Ask

Did the South Bossier Parish Fire District 2 in LA have a normal maintenance program in place prior to the accident? Was the maintenance process fully overseen and followed? What was the nature of the maintenance that Henry was doing? Henry worked at the station for four years, according to the report – was adequately qualified to conduct the work he was doing when the tire exploded? What is the tire’s model, make, and identification number?

The government mandates that all tires have an identification number indicating the manufacture date and location. Every tire in America can be traced back to the specific facility that was created using that ID number.

A Fire Truck Tire Exploded – Someone has to Pay

Jessie Henry was a brilliant firefighter, killed in an on-duty wrongful death accident on Saturday, Dec. 18. This truck explosion case may appear to be a tragic accident, yet it could be because of a manufacturing flaw. A complete inquiry must be made on the tire and every tread piece. The surviving family members may be entitled to significant compensation as part of a products liability lawsuit.