On July 4, 2021, we learned that John Dodson, a former Ultimate Fighting Championship (UFC) Flyweight competitor was in a tragic, near-death car accident with his whole family and has since been released from the hospital. 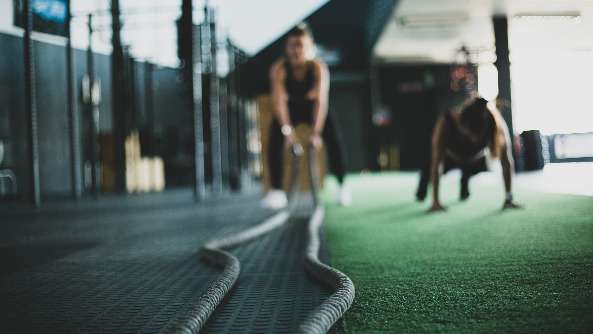 It was a terrible start to the Fourth of July holiday; just as John Dodson shared he was set to make his XMMA return on July 30, the injuries from the crash have necessitated his withdrawal as a title challenger. Learn about the UFC fighter car accident claim of John Dodson and arguments of no-fault and at fault.

Wounded? World-class Los Angeles accident lawyer Michael Ehline stands ready to take your important call to get maximum compensation for your injuries or a death in your family.

The MMA Fighter’s Car Accident Shocked Fans Around the World

MMA news was previously overflowing with news of the fighter John Dodson’s success in the sport, but last year, John Dodson fans were shocked to hear of the veteran’s near-death travel experience. Given the gruesome photos and details that the UFC veteran fighter and his manager released, many fans have relayed their sympathies and expressed their relief, indicating that the John Dodson family was lucky no one died in the automobile accident, and we are glad too.

Things could be far worse for John Dodson, so he let everyone know, reminded them how precious life was, and related how luck played a role in keeping John Dodson alive. So even though he missed his South Carolina fight card, he will live to see another day!

John Dodson has spoken out for the first time about the horrific vehicle accident that nearly claimed his life and the lives of his wife and three children.

The Season-14 winner of “The Ultimate Fighter” and 17-fight UFC veteran John Dodson was engaged in a high-speed car accident while traveling from New Mexico to Texas. It sent his entire family to the hospital, and they were lucky no one had died.

John Dodson’s manager, Ricky Kottenstette, announced the news and even started a GoFundMe campaign to help the family with healthcare and other expenditures. Fighter John Dodson received much support from his fans after the tragic auto accident through the GoFundMe page.

The MMA champion is a two-time UFC flyweight title contender and a winner of The Ultimate Fighter. In 2011, he entered the UFC through TUF, where John Dodson won the competition against T.J. Dillashaw prior to his recent near-death accident.

Both of Dodson’s title defenses were against Demetrious Johnson. The first was in 2013 when a title challenger Johnson won by a unanimous vote decision loss. John Dodson was defeated a second was at the UFC 191 in 2015 when a unanimous decision dethroned his chances again.

The Agony of Defeat

The last time John Dodson fought in the UFC was at UFC 252 in August last year. Merab Dvalishvili defeated him in a unanimous decision as the flyweight title challenger. Soon after, John Dodson was demoted from his position. He has 17 UFC fights and a 21-12 overall record.

How Did the Near Death Accident Occur According to UFC Vet John Dodson?

The MMA fighter released a public statement via several social media platforms, including Instagram and Facebook, and Dodson’s manager Ricky Kottenstette. He thanked the designers of the SUV, “Cuz it protected my family and me from dying.”

He went on to talk about liability and fault, stating:

“The car we hit was left in the middle of the highway after that person hit an 18-wheel, and another crashed into it. He had no hazardous light [sic.], no flares, and no other warning to let us know. I hit the car, and we rolled. I don’t know how many times, but luckily the cables in the median stopped us from rolling onto traffic going the other direction. The guy fled on foot after he saw my vehicle rolled…”

The Car Crashed into a Stationary Vehicle?

Yes. According to John Dodson, he was driving down the road with his family when they came across an immobile vehicle stuck in the middle of the road with no hazard lights, flares, or other warning signs to warn of oncoming traffic. In other words, John Dodson and their family were involved in a car accident that was a “near death” event with a fixed object at freeway speeds.

The vehicle landed in the middle of the road after colliding with an 18-wheeler. Dodson’s SUV flipped over, causing significant damage. However, John Dodson and his family were not so severely harmed, as they could have been killed in the near-death car accident.

But they will still have medical bills to rule out whether no one is seriously injured and need financial assistance to cover hospital and other recovery expenses from the devastating rollover. At least we know John Dodson will live to see another day based on the information so far!

He indicated that the Dodson family vehicle rolled several times after the collision. Still, in a statement on his Facebook page, John Dodson wrote: “the median stopped us from rolling onto traffic going in the opposite direction.”

MMA champion Jogn Dodson also indicated that the guy fled on foot after seeing Dodson’s vehicle rolled en route to Texas for a vacation with his wife and kids.

Here is the statement UFC vet John Dodson made to ensure fans of his safety:

“Just letting everyone know we’re all alive and no one is seriously injured. The car we hit was left in the middle of the highway after that person hit an 18 wheel, and another car crashed into it as well. He had no hazard lights, no flares, and no other warning to let us know. I hit the car, and we rolled. I don’t know how many times, but luckily the cables in the median stopped us from rolling onto traffic going the other direction. The guy fled on foot after he saw my vehicle roll. I gotta thank infinite for the design of the SUV cuz it protected my family and me from dying. We’re just lucky no one died, and we can live to see another day and be reminded of how lucky we are. Life is short, and you don’t know when it’s gonna end, so enjoy it while you can. If you guys wanna help us out, there is a GoFundMe account that one of my friends has created to help us out since I’m outta my fight for July 30th. Thank you, everyone, for checking up on us, and we’re just lucky,” said tehformer UFC champ.

The Word is that UFC Welterweight Tim Means donated $1,000 to the John Dodson Go FundMe efforts.

Consequences of the Near Death Car Accident

In his first appearance since leaving the UFC, John Dodson often referred to in MMA news as “The Magician,” was scheduled to work his magic at XMMA 2. Still, former UFC champ John Dodson was forced to withdraw early that Saturday related to new reporters.

Dodson had agreed to fight Cody Gibson, a fellow UFC veteran, at an event on July 31. However, he was compelled to withdraw due to the terrible accident, ending the John Dodson comeback fight promotion efforts.

If you, like UFC vet John Dodson, were involved in a near-death car crash that was not your fault, you have a right to pursue compensation from the party at fault.

At Ehline Law Firm, we have an experienced team of lawyers with decades of experience representing car accident victims like MMA fighter John Dodson.

Contact us today to book a free consultation to discuss the specifics of your case or even the John Dodson case in your local community or another state!