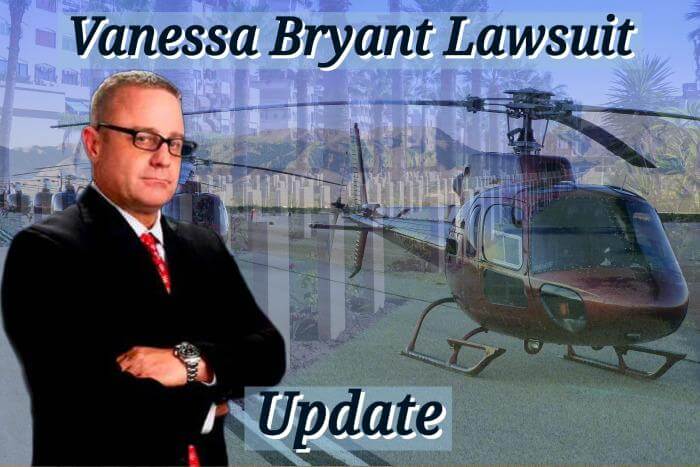 Let’s explore the details of this news and whether LA County will ask for the dismissal of the Bryant crash photos lawsuit.

The news of the Kobe Bryant helicopter crash shocked Americans and basketball fans worldwide. Still, Vanessa’s allegations of the graphic photographs taken of the crash site and shown off were even more disturbing.

At least two officials had taken photographs. One of the LA Sheriff’s Department deputies shared the pictures of Kobe Bryant, the Los Angeles Lakers superstar, with a girl at a bar, and the second was a firefighter sharing it with his friends.

The police department received a complaint from a bartender stating that they overheard an officer trying to impress a girl by sharing gruesome photos.

He stated that LA County’s accident site photos were all deleted and were never publicly disseminated.

In September 2020, Vanessa filed a lawsuit against the Los Angeles Police Department (LAPD). In response to Vanessa Bryant’s lawsuit, the LAPD requested the plaintiff to take a psychiatric test to determine the extent of her emotional injuries, which her attorney, Luis Li, slammed.

Although Vanessa Bryant announced that she was hurting emotionally from fear of seeing the photographs, the County attorney argued that taking pictures was part of a routine investigation.

Both Parties Disagreed over Why Photographs Were Deleted

Vanessa’s attorney argued that the deletion of pictures was a cover-up. However, the county attorney stated that the sheriff’s decisive action to destroy the images was to protect Bryant and the other plaintiff, and the County did it very diligently.

Jury Agrees to $16 Million in Damages

On August 24, 2022, the Jury agreed to $31 million in damages, including $16 million to Vanessa. However, the federal civil case over photos is still not over.

According to the court record system, Monday, the County’s lawyers argued that they did not violate the plaintiff’s constitutional rights and filed a motion requesting the court grant judgment as a matter of law. The US District Court Judge John F. Walter denied the motion.

Will the LA County Appeal the Jury’s Verdict?

It is too soon to state anything as LA County is still in talks with its legal team. However, the defendant has the right to appeal if they have substantial grounds.

In the case of Kobe Bryant’s photograph lawsuit, if there is evidence that the pictures were never publicly disseminated, how can the Jury decide in favor of the plaintiff, who fears that she might see the photos in the future?

If that is the case, US District Judge John should’ve not allowed the Jury to award damages for something that has not yet happened. This is a classic bar exam question and will likely see its way up the appellate process for some time to come.