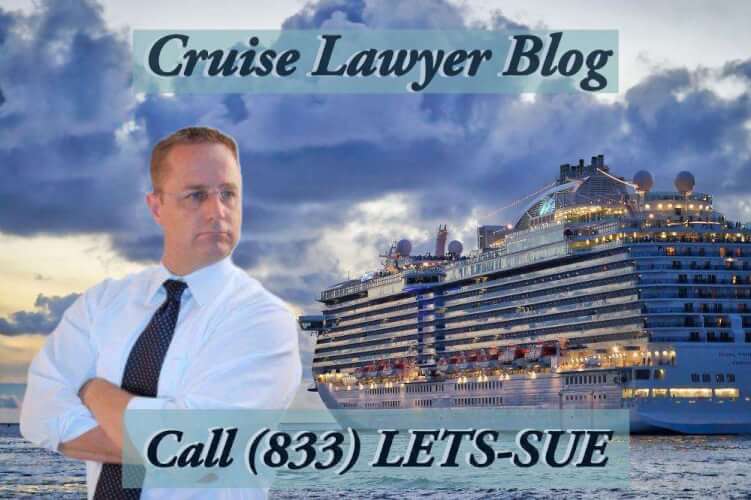 A fight erupted on a Carnival cruise line ship on September 9 after a handful of people started beating each other up. According to media reports, the fight happened between the ship’s pool and one of its bars.

At least 30 people were involved in the cruise ship scuffle.

It Soon Got Violent…

A massive brawl broke out on the Carnival Sunrise. Videos shared on social media showed a group of people involved in a verbal dispute.

However, the verbal altercation soon turned extremely violent, involving two groups pushing and hitting each other. A man lunged at a woman while she was on the ground and started pummeling her.

The Onboard Security Team Intervened

The onboard security team intervened a minute after the fight and separated the groups. Laura Bryant, the user who first shared the video on TikTok, said the altercation was supposedly over a seat and personal space.

Just Months Ago, There Was a Fight Involving Carnival Magic

Unfortunately, it was not the first violent altercation on Carnival cruise ships. In June, a horde of people began beating each other aboard the Carnival Magic.

Sixty passengers were involved in the fight, which started around 20 minutes after 5:00 a.m. when the Carnival Magic ship was making its way back to its home dock in New York after an eight-day cruise in international waters.

Videos showed a chaotic scene with dozens of passengers hitting and shoving each other as a security guard tried to break up the fight.

Witnesses told police the fight started as an altercation between two people on the dance floor. However, it turned violent and soon involved around 60 passengers.

The Coast Guard Was Quickly Called

Security officials aboard the cruise ship rushed to the scene, tried to de-escalate the situation, and called the Coast Guard. Thankfully, no serious injuries were reported.

One of the passengers, identified as Theresa James, revealed that the massive fight took place just outside her cabin between groups she describes as “ignorant fools acting stupid.”

The Coast Guard escorted the cruise liner to New York. Shoreside law enforcement authorities were quickly notified and sent a team of investigators to interview suspects and witnesses as soon as the ship arrived in Manhattan from the eight-day Caribbean cruise.

Officers from the New York Police Department (NYPD) were also there when the ship docked.

How a Cruise Ship Injury Lawyer Can Help

Cruise lines are responsible for passengers’ well-being and safety. Therefore, if you are physically injured or assaulted on a cruise ship, you can seek professional help from a personal injury attorney and take legal action against the company.

Companies in the tourism sector, including cruise lines, enjoy many legal advantages. In simple terms, these cases can be tough. Fortunately, Ehline Law is here to help you!

We can’t just sue Carnival Cruise Line. This firm can give you a hand in taking legal action against:

Our maritime lawyers have a proven track record when it comes to overcoming these cases and ensuring that victims get the legal benefits they deserve. Feel free to contact us and get a free consultation today!