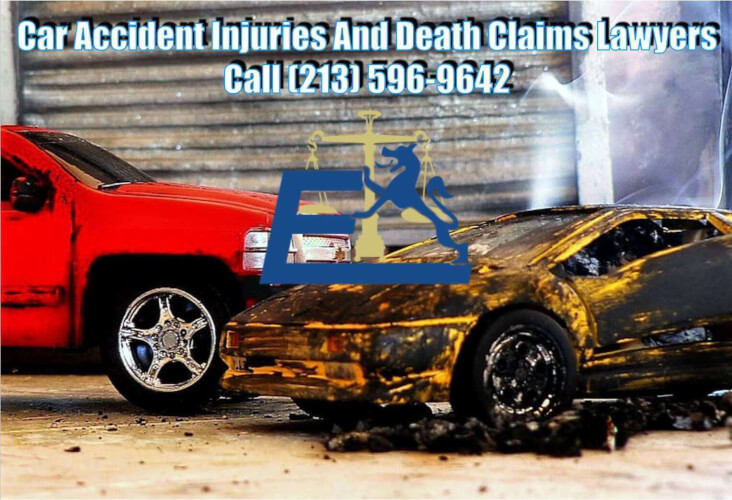 As technology advances, car manufacturing companies are venturing into the world of electric cars. Renowned brands like Hyundai, BMW, and General Motors have already launched EVs and expect to add thousands more to their catalogs next year! However, there have been more and more stories of electric vehicle fires and people suffering potentially life-changing injuries because of them.

EVs Are Not as Safe as You Might Think

While most EVs are usually safe, some people have suffered life-changing injuries after some of them started failing and bursting into flames, even when parked! That’s what a man experienced in Broughton, North Wales, earlier this week.

North Wales Police officers were surprised when they responded to the emergency calls and realized it was not about a passenger trapped inside a car crashed by a negligent driver. What happened was more peculiar. It was a fire, and local media were filled with the headline:

“Man suffers life-changing injuries due to an EV incident.”

On the morning of August 2, a man had serious injuries when his electric car spontaneously burst into flames while driving on the North Wales Expressway near Broughton, North Wales.

North Wales police reported that passersby rushed to get the driver out of the burning car. They quickly called emergency crews and paramedics.

Potentially Life-changing Injuries Due to an EV Fire

According to authorities’ public statement, the man had severe, maybe life-changing injuries and was taken by an ambulance to a hospital after paramedics attended him at the scene on Tuesday morning.

Authorities Rushed to the Scene

Two rapid response vehicles from fire departments, an emergency ambulance, a helicopter, firefighters, and the Emergency Medical Retrieval Service and Transfer Service responded to emergency calls and quickly arrived at the accident site after the fire started, a Welsh Ambulance Service report stated.

North Wales Police closed the road for several hours as of 8:45 a.m. However, officers from the fire department remained on the scene into Tuesday afternoon, citing concerns that the car involved was electric, Chief Inspector Alwyn Williams said.

Another Day, Another EV Fire

Unfortunately, an electric car (with Chinese batteries) seems more prone to burst into flames than to be involved in a car crash nowadays, and the EV incident number is growing. A similar accident occurred in June.

A man identified as Gonzalo Salazar panicked when he saw that his electric car, a Jaguar I-Pace purchased in 2019, had caught fire. Mr. Salazar explained that he left his car plugged in overnight before taking it to run errands in the morning. Everything was going well. He drove his vehicle approximately 12 miles and parked it in the garage.

However, shortly after entering his home, Mr. Salazar heard explosion sounds and realized heavy smoke was coming from the garage. He called Jaguar roadside assistance to transport the burning car off the property, but the situation escalated.

Mr. Salazar also tried to call 911 for help, but there was no way to extinguish the flames. He was forced to get the vehicle out of the house alone. There were multiple explosions, and the electric car was engulfed in flames in only seconds.

Fire crews soon arrived on the scene and extinguished the blaze with a special fire-suppressing foam. However, the Jaguar I Pace was completely destroyed, and debris was flying everywhere. Fortunately, he didn’t sustain possibly life-changing injuries.

At least three cars made by the same brand have experienced similar problems. Moreover, Americans were shocked when there was breaking news about a deadly electric vehicle accident. Last year, a woman was killed in a serious crash after her Tesla model caught fire on the highway, according to the official police collision investigation.

Overall, electric vehicles are not dangerous. However, experts consider that most fires start when the EV’s lithium-ion batteries are damaged. When these are exposed to excessive heat or something penetrates the cell wall, there could be battery fires due to an internal short circuit.

Putting out an EV fire is an even bigger problem. Some people pour water on a car battery pack to fight the flames. However, it never works and is not recommended. Moreover, even if the fire service manages to fight the blaze, electric cars are known to reignite hours, days, and even weeks later.

If an EV catches fire due to a factory defect and motorists sustain serious injuries or suffer monetary losses, they can contact an attorney and take legal action.

Ehline Law has a team of experts in motor vehicle accidents, including:

Ehline Law Can Help Victims in Many Scenarios

These are some of the scenarios in which Ehline Law’s lawyers can help you and other victims:

Why You Should Hire Us

Even if you don’t have a permanent injury, the aftermath of a car fire or collision can be devastating. However, our experienced attorneys are ready to help you! We know that you want to save lives and prevent others from being injured by some car manufacturers’ negligence and carelessness. Therefore, we offer you a free consultation to analyze your case and determine your next steps. We are always here for anyone who suffers life-changing injuries.

Whether you are the victim of a car fire due to an unintentional incident or a defective battery, we can help you build a strong product liability case to fight for your rights and get fair compensation! We know all the traffic laws that protect motorists and pedestrians, are trained to do evidence search and collection, understand the whole legal process, and are willing to hold those at fault accountable for their actions!

Did your EV manufacturer fail to comply with automotive safety rules? You’re just a call away from getting the advice you need to fight for your rights if you have been injured in a car fire. Contact us today and get a free consultation!