Man Arrested for Defending His Life With a Gun?

There are more than 279 shopping centers and malls across California for the local residents. So it can become tiring if no elevators are available to explore these malls. 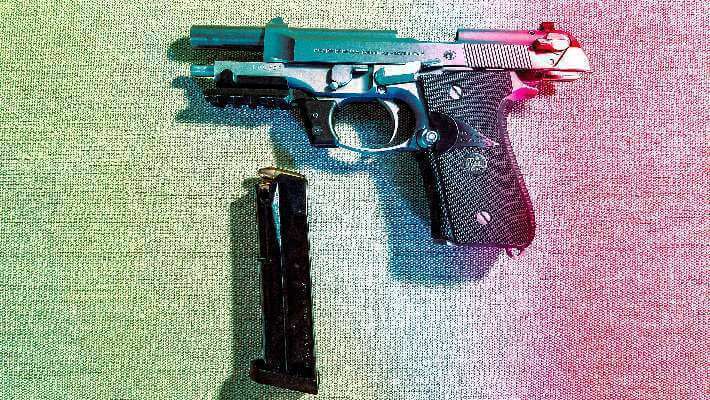 A Miscarriage Of Justice

Police are necessary for the future of society as far as law enforcement. Our boys in blue are needed, especially during the current unrest sweeping much of the country. One job police have is to act with discretion in administering justice.
However, the application of justice isn’t perfect, especially during the heat of a potential crime. During high-stress situations, especially when time is of the essence, police make errors, too. That happened to Afghanistan vet Matt Solon, arrested unjustly and detained for 35 hours. Blurred Justice recently completed a documentary on a high-profile case of Matt Solon. Solon defended his girlfriend, friend, and his date when confronted by a gunman with a pistol.
According to surveillance footage, the gunman confronted the four innocent people with a pistol. Solon, an Afghanistan vet, disarmed the gunman and struck the gunman with his own gun. However, the local police acted with callous disregard for public safety. Solon was the one that called the police, yet he was the one mistreated. That night, Solon was handcuffed and arrested for defending himself and his friends. Furthermore, the gunman was not detained that night. The security footage shows the conflict between the gunman and Solon. Solon was charged with using a firearm in the commission of a crime, even though he unloaded the firearm during the conflict.

A Legal Recourse for a Combat Vet?

While the police acted poorly, the Cobb County District Attorney declined to prosecute the case. Although the police did not arrest the gunman that night, he was arrested a month later. Even more troubling was the fact that the gunman, Dwight Cooper, was handed back his pistol that night. He was drunk and disoriented after the fight. His original bond impositions allowed the attacker to have a gun. It showed that he was likely drunk during the confrontation. He also had marijuana in large quantities and an open bottle of vodka. His bond provisions still allowed him to have a gun.

What About Matt Solon’s Inherent Rights?

What are Matt Solon’s options? On the one hand, he has the ability to sue Cooper for his intentional use of a firearm to create an unsafe situation. Furthermore, Cooper’s actions directly led to Solon’s unjust arrest. But what readers may ask themselves is what can Solon do to the Cobb County police department? Unjust imprisonment (or arrest) is a serious issue. It’s also one that police officers at every level are trained against. Handcuffing someone in the aftermath of a fight is one thing– but holding him in a jail cell for an unclear criminal charge is unacceptable. The fact that the DA’s office wouldn’t prosecute the crime means that Solon’s rights were infringed upon. Officers likely violated his Constitutional rights. Solon would be within reason to sue the Department for their flagrant disregard for his testimony and that of the three people along with him. The combat vet has rights too. The police forgot about that. A civil suit for dereliction of duty by a public official may be in order. And may also prevent something like this from happening again. We have to trust the police. They have to also trust the public. This balance means a better society. It also protects our rights.

And It’s Not Just Happening In Cobb County – Profiles In Excess And Stupidity Of LA, CA Gun Laws

California has perhaps the strictest gun laws in the country– and a high crime rate to boot. The state’s liberal politicians believe that fewer people would die by stripping rights from the hands of law-abiding gun owners. Instead, crime is a major problem, and many ordinary Californians find themselves without a chance to protect themselves. All of these result in injustice for the Second Amendment and those that wish to exercise the right to self-defense.

Rights Of Man And Citizen

Despite the clear wording of the Second Amendment, politicians in Sacramento believe that these rights should be altered, or abolished. This results in a very tense and likely unconstitutional scheme in California. The rights of citizens are trampled upon by the state. It didn’t happen all at once. Some restrictions date back to the 1990s and severely limited the rights of law-abiding residents. After the 2012 Newtown shootings in Connecticut, the state instituted even worse laws. Led by Lt. Governor Gavin Newsom, the state enacted what the right calls non-sensical laws. These include banning magazines larger than ten rounds since there is no “evidence” (according to democrats) that having more than ten rounds in a gun is necessary to save the defender, etc. The state also effectively banned detachable magazines with its “bullet button” law. This and Newsom’s ties to corruption led to the recall effort against him. He handily defeated his single-party state recall and is now poised to run for U.S. president. The state is putting in place many even more restrictive laws, including those regarding ammo sales. Laws against so-called “assault weapons” (a made-up, political term for all centerfire long guns) also severely impact residents’ ability to buy and own firearms, especially in rural areas. Considering the general lack of knowledge of the politicians in charge of such a process, perhaps this shouldn’t be surprising. Furthermore, these restrictions aren’t followed by criminals at all. Making it more difficult for the average person to own a handgun doesn’t reduce crime– it encourages it. We will follow up with more examples as they come along. Driving Directions to Ehline Law Firm from Sacramento, CA. Drive five h 47 min (386 miles) via I-5 S, which is the fastest route, in the usual traffic from Sacramento, California on CA-99 S/I-5 S from I St 5 min (1.0 mi). Citations: