Families of the three young children and the woman whose bodies were found in Vadnais lake on Friday and Saturday are in mourning, and the authorities are trying to gather information about what happened. 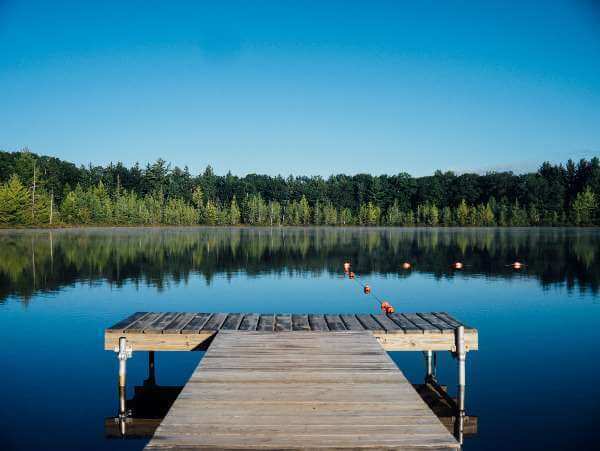 Deadly Killings – Who Can Sue?

Two boys and one girl, between the ages of three and five, made up the three children found in the Vadnais Heights lake.

The tragedy started as a Friday morning inquiry by the Maplewood Police Department (MPD) into a possible suicide at a trailer in Maplewood, Minnesota.

Police discovered a dead male body at the scene on Friday. When police found out that the mother had left with the three children, they launched a search for the woman and her children.

As per Maplewood Police Lt. Joe Steinerround, at approximately 4 pm on Friday, the woman’s car was found close to Vadnais Lake. They also found the children’s shoes on the shore.

Ramsey County Sheriff’s Office reported that the body of the first child was retrieved from Vadnais lake at approximately 7:30 pm on Friday. Soon after midnight, the body of the second child was discovered. The body of the third child was found at 11:00 am on Saturday, and they found the woman’s body around 10:40 am.

Immediately after this two-day search, the bodies were taken to the medical examiner’s office. Once the three children, mother, and man were pronounced dead, the police started considering the possibility of a triple murder-suicide.

The Ramsey County Sheriff’s Office made active efforts to start searching this Minnesota lake right away on Friday morning, and the authorities spent more than half the day trying to find the woman and children.

Helicopters, airboats, and ambulances were seen responding to the area in addition to the police officers’ emergency vehicles.

The authorities certainly put in great effort to find the bodies of the woman, girl, and two boys.

The family, friends, and local community will undoubtedly be left devastated by the tragic tale that the authorities are piecing together regarding this incident and the death of these people. It is currently unknown if any family members can sue for the accident, as police are still piecing the puzzle together.

Ramsey County Sheriff Bob Fletcher stated that “a horrible set of facts appears to be developing.”

Furthermore, Ramsey County Undersheriff Mike Martin declared that they found all the children’s and their mother’s remains in the water after the first responders all came together to search at the scene.

What Is the MPD Doing?

Martin declined to comment on any information because the investigation is still in its early stages, which it’s unknown whether any parties are liable to sue for damages. Ramsey County Sheriff Bob Fletcher stated at a news conference that there is nothing more devastating than the death of young children.

The executive director of SAVE in Bloomington, Dan Reidenberg, asked people not to speculate or jump to conclusions during this difficult time.

According to Reidenberg, most people who lose a friend or relative in this manner receive the support and assistance they need to move past it.

Furthermore, the law does allow one to use as much force as reasonably necessary to prevent someone from taking their life.

If someone intends to end their life, you should reduce their access to any means of doing so and make sure the individual is not left alone.

We can all agree that we all play an influential role and should work together when it comes to helping someone realize that continuing to live is still an option. Call 800-273-TALK (8255) if you need a sign a hope.

At Ehline Law Firm, we strive toward our commitment to the well-being of all residents and businesses in our community and the city of Los Angeles. Our mission is to protect all US citizens’ lives, and we give back to the community by fighting aggressively for your rights.

Our thoughts are with those who lost their lives in this tragic Vadnais lake incident. Dealing with the death of one child is never easy, but three is an absolute tragedy. If you are the victim of any crime, do not hesitate to contact us for expert legal advice.

We have years of experience in many areas of law and are committed to helping victims with their problems! If you’re in the city of Los Angeles and surrounding areas, call us at (833) LETS-SUE or fill in the online contact form if you have any questions.