Why is Emergency Medical Care Important After an Accident? 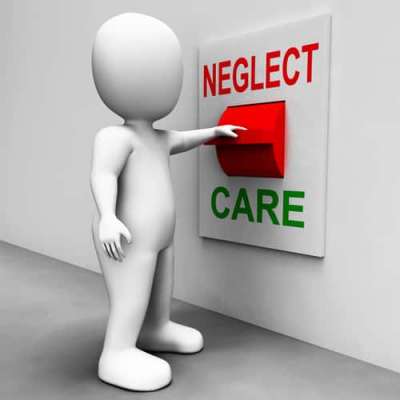 Refusal of medical treatment after being in an automotive accident is a colossal mistake. First, often there is bodily harm that may not be immediately apparent. Also, in some instances, it may take hours, days, or weeks until symptoms are present. Secondly, refusing medical care can impact a legal claim. So the value of the personal injury case can get knocked down.

The fact is, refusing medical examination and treatment reduces the ability to win. You can quickly lose or blow out a lawsuit or settlement by not acting swiftly. The defense will use this as leverage to prove their case. Also, without medical documentation, it will be difficult, if not impossible, to determine damages. So forget about money for harm suffered.

Insurance companies will also use this to offer a low settlement or deny a claim. In conclusion, there should be no delay in seeking medical care. After getting involved in an accident, you must go directly to the emergency room. Also, this must be done to maintain the claim’s value against a negligent party.

What are The Interworkings of Insurance Company Claims?

Insurance companies are not on the side of the injured person. Also, they are likely to negotiate or offer a more substantial settlement with documentation. Almost always, this shows the damage was accident related.

A hospital emergency room medical professional provided the diagnosis. That care provider was the one that tended to the treatment for the harm suffered during the mishap.

When Your Doctor is Not A Member of Mainstream Medicine, You Have a Problem.

There is one issue that may impact a new insurance claim. Claims get reduced when the medical profession is not a member of mainstream medicine. Examples include acupuncturists, pressure therapists, and holistic healers.

Shamans and witch doctors are also not considered real doctors. Caveat emptor, the insurance company may use this as a reason to lower the offered settlement or validity. They will often claim the diagnosis or treatment is invalid.

The best choice is a physician who practices within the mainstream medical community. Still better is when they have an affiliation with hospitals. Another issue that determines the value of insurance company offers is the length of treatment. So along with the pain and suffering, this gets factored into the settlement amount.

Furthermore, the insurance company often looks at care provided by chiropractors and physical therapists. Sometimes defendants say the victim extended treatment beyond what may be necessary. They will claim this was to increase the settlement amount.

The claimant who can show they were under the care of their primary physician is in a better position. The more qualified the doctor ordering this, the more valid it will be to a court. So this type of treatment will show a more convincing argument for the amount of time the care consisted of.

The insurance company will take a claim more seriously too. So when immediate medical treatment happens, the payouts are higher. In some cases, diagnosis and treatment are dependent upon testing. But that can be expensive. And it is to confirm or rule out particular harm, especially in traumatic head injuries.

Why are Scans and Tests So Vital?

These tests may include CT scans, MRIs, and x-rays. These will show if individuals have a traumatic brain injury. So this could consist of a concussion or another type of head injury. Testing of this kind can be a significant portion of the medical expenses in an insurance claim. But alas, testing reimbursement gets denied if the proper steps don’t get taken from the start.

Delaying Medical Care is a Major No No?

Yes, it is! The medical professional’s documentation and testing results can mean obtaining a higher settlement. Conversely, delaying medical care will provide insurance companies with reasons something else hurt you. They will then refuse to pay for testing and treatment. Or they will outright lower or deny the claim.

What Other Things Can Damage an Accident Claim?

The most damaging issue in personal injury claims is refusing medical treatment. Failure to do so at the crash scene or lying is often fatal to your case. Each can cause damage to the allegation. Most of all, they provide the defense with ammunition.

They will argue against the plaintiff or the validity of the claim. So not getting medical treatment right away lets defendants question if it was accident-related. They almost always say it was a later injury in some other incident. So it may get wondered whether the damages are fake. Hence there needs to be a post-accident medical record.

Also, another defense is that extra costs could have gotten avoided with timely care. Particularly relevant here, law schools teach this as “mitigation of damages.” So a plaintiff who fails to stabilize him or herself is not allowed to argue exacerbation of the injury later.

Create a Causal Connection Between the Injury and the Incident With Medical Records.

Namely, it strips them from arguing the validity of the injury and claim. Every issue discussed will affect the chance of obtaining your deserved settlement. The goal here is to win a lawsuit for the value of your case. It is easier for the court to rule in the plaintiff’s favor with validated evidence.

So to recover what a claim is worth, physicians need to review medical records. Specifically, they need to focus on diagnosis and treatment. If it’s related to the accident, it is recoverable in court. Independent examination and review will enhance the validity of the claim. Also, it helps to avoid problems with injuries, not immediately understandable.

How Do Attorneys Determine Worth in Personal Injury Claims?

The personal injury attorney will review the medical treatment undergone. Also, these experts examine the duration of treatment and the type of injuries sustained. Most lawyers will use experts to determine the worth of the overall claim.

So in seeking damages, the attorney will rely on medical specialists and economists. Then they will assess the expenses involved in the initial losses and any future injuries. The experts that review the claim will provide testimony to support the case.

You need legal advice if you or a loved one has gotten injured. Contact Ehline Law Firm. Get a free consultation today. Call our negligence law attorney toll-free at (213) 596-9642. Our lawyers will never ask for upfront legal fees. And if we don’t recover compensation in your case, you won’t pay attorney fees.

Self-Driving Car Accident: Who Is Liable?